Apollo 15 returned to Earth with 1,400 photos, contributing a major scientific legacy for Moon researchers. But now it has sensationally been claimed the amazing footage shows more than it first appears. Self-Proclaimed alien life expert Scott waring took to his etdatabase.com blog to speculate about the vintage NASA video.

Waring said: “Look at these long, tall structures. They are amazing, isn’t they?

These buildings are just so obvious. They are absolute 100 percent proof there are structures on Earth’s Moon

“You can see the right angles coming down and across the lunar surface on one.

“And it sits next to a perfectly-curved area. That is amazing to me.”

Waring proceeds to fast-forward to another segment of the NASA Apollo 15 documentary, which he claims shows yet more alien structures. 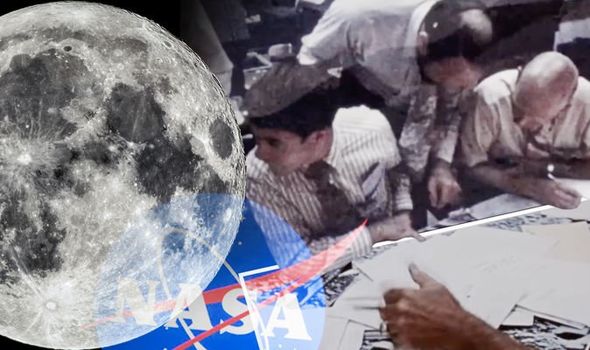 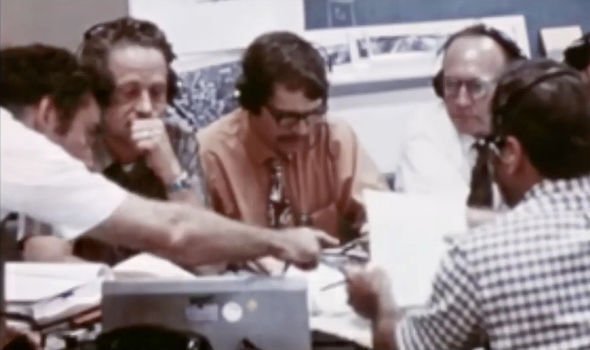 He said: “These buildings are just so obvious. They are absolute 100 percent proof there are structures on Earth’s Moon.

The documentary continues: “Asked why he didn’t sit down and rest after an around-the-clock session, an engineer replied ‘I can’t because I am too excited.’

Waring said: “Yeah he is too excited – because he found freaking buildings on the Moon!

“No wonder the engineer didn’t want to leave.

The Apollo 15 mission landed between the Apennine Front Hadley Rille.

This site has been described as one of the most geologically significant on the Moon.

Waring added rhetorically: “I wonder why it is so significant?

He later takes a screenshot of one of the mysterious Moon maps in order to examine it in closer detail. 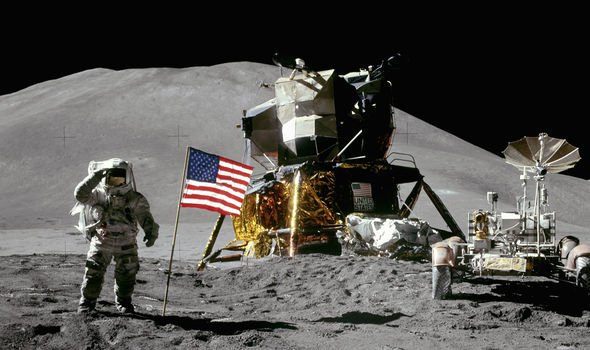 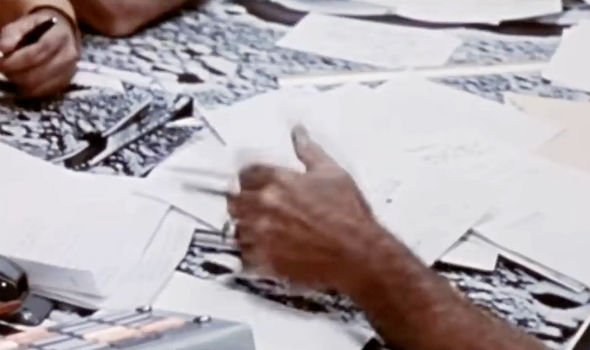 Waring said: “What I notice about this is there is more than one building. If you zoom in a little bit, I can see other structures.

He then uses sophisticated photo-editing software to manipulate the Moon images first found by Placitto Dominique of Youtube.

He said: “You can see the structure much better now and one has little jagged edges. And another has a coat hanger-type shape to it.

“These are huge structures and these are the geological features NASA wanted to see.

“The raw footage is 100 percent proof that NASA knew about the existence of aliens way back in 1971. 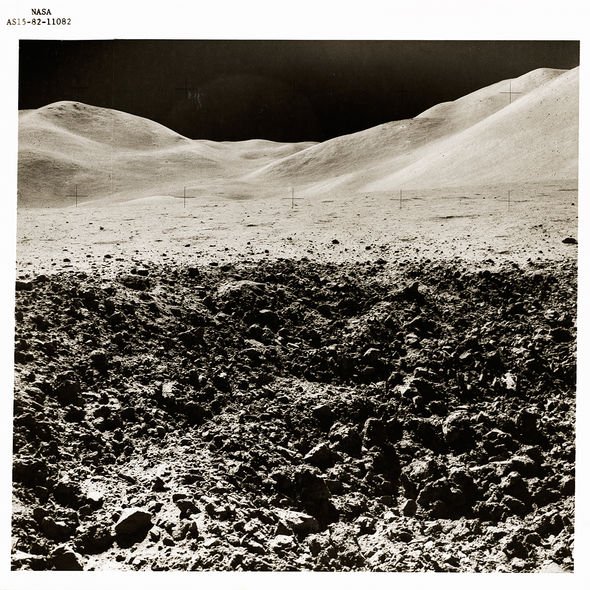 Daniel Anderson wrote: “Wow interesting. I believe we’ve had past civilisations that were advanced before that might of done more than us.

However, TheSpagetMan is less than impressed by Waring alien life claims, writing: “OK, First up I do believe there are structures on the moon!

“HOWEVER, your opening image where you say ‘That is amazing to me!’ is NOT a structure, in fact it is just a pile of other photos sitting on the edge of the main image.”