The most distant world visited by a spacecraft from Earth has been called Arrokoth and has had its portrait drawn, much to the delight of astrologers who can get a glimpse of that it looks like. Arrokoth is shaped like the twin lobes of a peanut when the US New Horizons probe glided past it in outer space exactly 13 months ago in January 2019. The spacecraft had been on a mission to reach the furthest point of the solar system and thankfully for the rest of us, its breathtaking imagery of the trip were sent back to Earth to be processed.

Scientists first nicknamed the object Ultima Thule but have now officially called Arrokoth after the word for sky in the Powhatan Native American language, the Financial Times reports.

They also said it looked like a giant snowman, but later agreed on a peanut to describe it odd shape.

David Jewitt of the Department of Earth, Planetary and Space Sciences at the University of California, Los Angeles, said: “The most notable feature of Arrokoth is its overall shape, which appears to consist of two spheroidal but unequal lobes in contact, like a giant peanut.

“Combined they have a volume equal of that of an 18km-diameter sphere.”

Arrokoth’s structure is the result of a what the researchers found to be a gentle and slow collision between two bodies that fused them together. 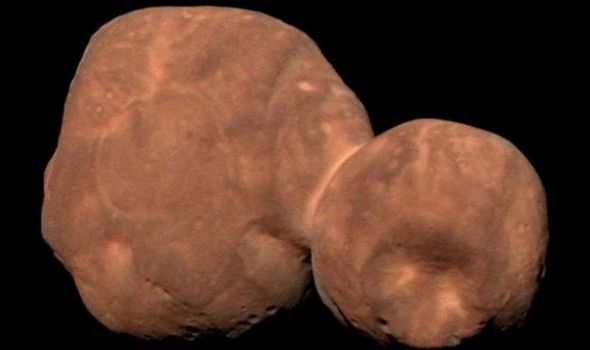 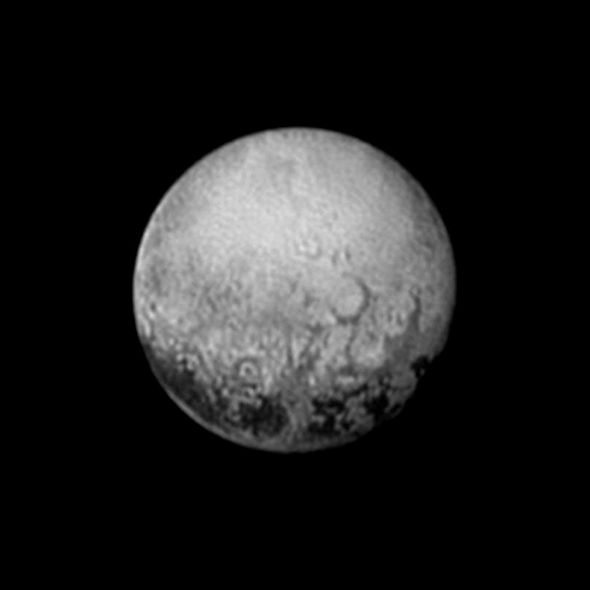 They believe this would have happened around four billion years ago.

The surface of Arrokoth is littered with craters and is a deep shade of red.

It gets its red colour from organic materials formed over a long period by cosmic rays, the researchers state.

Prof Jewitt said he would like to see a spacecraft designed to orbit Kuiper Belt objects like Arrokoth so Earth can learn more from them.

He added: “Technically we could probably do it. 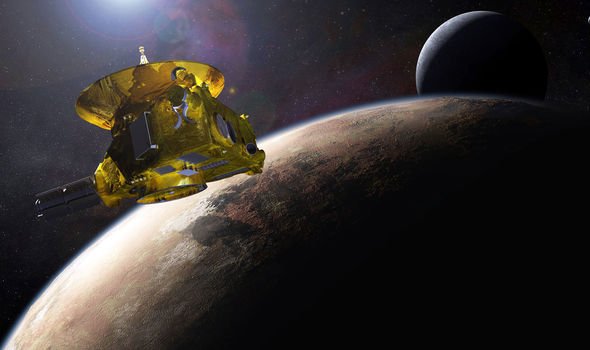 “Scientific vision and institutional commitment are the extra ingredients needed to make such a mission happen.”

Prof Bill McKinnon, a planetary scientist at Washington University in St Louis, was also involved in a study into Arrokoth.

He said before a presentation at the annual meeting of the American Association for the Advancement of Science (AAAS) this week: “Arrokoth has turned out to be astonishing in terms of what we’ve learned from it.

“It tells us some profound truths about our solar system.

Dr Alan Stern, New Horizons’ principal investigator said the investigation into Arrokoth is crucial in learning about how the first seeds of Earth were sown.

He added: “This place is very far from the sun – so far that the temperatures are nearly at absolute zero.

“That preserves objects in a kind of stasis or time capsule.”