Project Apollo was NASA’s third human spaceflight programme which succeeded in landing the first humans – Neil Armstrong and Buzz Aldrin – on the Moon. The two legendary astronauts fulfilled President John F Kennedy’s goal of landing man on the Moon by the end of the Sixties and brought an end to the Space Race with the Soviet Union. Earlier that year, Apollo 10 was launched as a “dress rehearsal,” testing all the components and procedures, before coming just short of landing.

But Quest TV’s ‘NASA’s Unexplained Files’ revealed how the astronauts were left baffled by a bizarre event that occurred during their orbit around the extraterrestrial body.

Narrator Erik Dellums explained: “Apollo 10 enters lunar orbit and as they pass around the far side of the Moon the astronauts lose all contact with Earth.

“During this hour, the astronauts are on their own, no one on Earth can see or hear them.

“When they emerge they seemed to have survived the voyage unscathed. 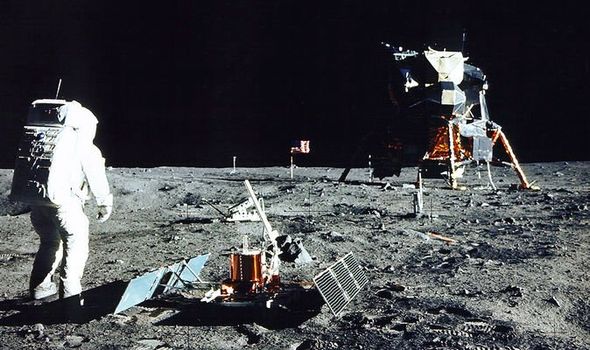 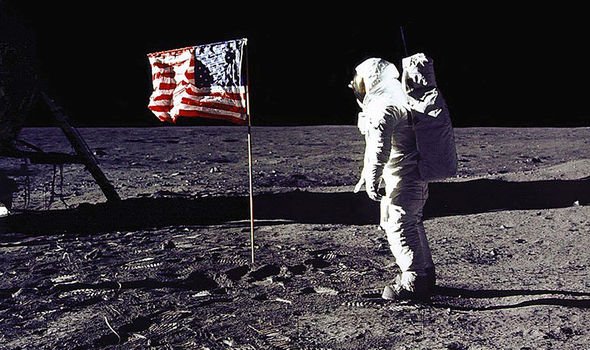 “But nearly four decades later, lost recordings emerge, revealing an unsettling incident on the far side of the Moon.”

Former NASA astronaut Al Worden, who was command module pilot for the Apollo 15 lunar mission, revealed why the event was not reported at the time.

He said: “It’s about an hour on the backside of the Moon away from Earth where you lose radio contact.

“They record everything that goes on during the orbit of the backside of the Moon, then you do a data dump when you come around.

“Houston, or Mission Control, can see what happens when you are around the backside. 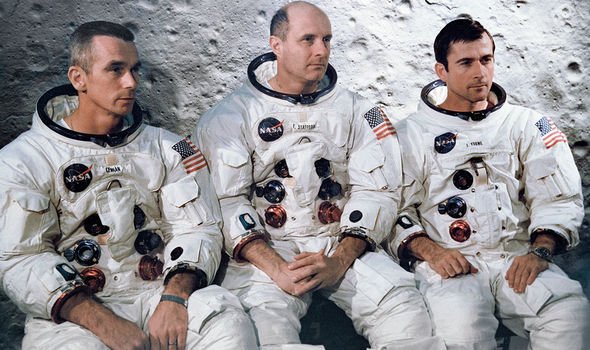 “NASA would withhold information from the public only if they thought it was in the public’s best interest.”

The series went on to detail how the bizarre occurrence eventually came to light.

Mr Dellums added: “After the NASA astronauts return to Earth, NASA transcribes the tapes, then buries them in the archives without comment.

“Even after declassification, the transcripts lay undiscovered in the NASA archives until 2008.

“The tapes contain recordings of strange otherworldly music coming through the radio. 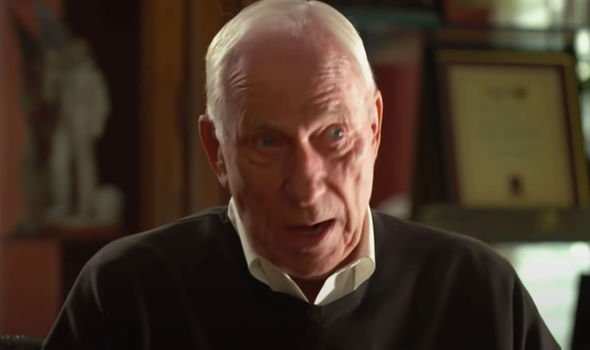 “The conversations that follow the sounds make it clear they are unlike anything the astronauts have ever heard.”

In the recording, one of the astronauts notes: “The music even sounds outer-spacey doesn’t it?”

Another adds: “Well that sure is weird music, no one will believe us.”

Mr Worden, who passed away in March, admitted during the series: “If I was to hear something back there that sure would freak me out.” 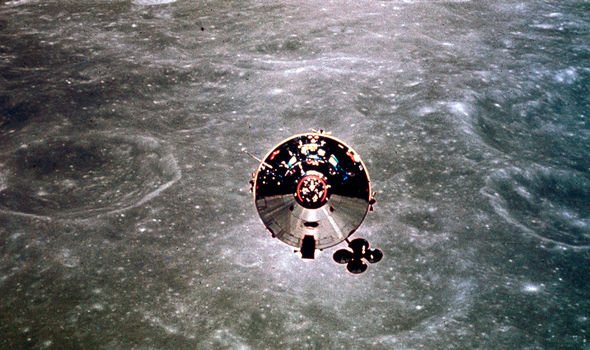 Over the course of an hour, they mention the noise multiple times, leading some conspiracy theorists to claim they had come in contact with extraterrestrials.

He said in 2018: “The radios in the two spacecrafts were interfering with each other.

“They were on VHF and there was interference, that was the source of the sound.”