Saturn is the sixth planet from the Sun and the second-largest in the Solar System, behind only Jupiter. It is a gas giant with an average radius of about nine times that of Earth, but it is best known for its prominent ring system. NASA sent its Cassini probe into orbit of the planet to study the unique features and also the surrounding natural satellites.

But the Discovery Channel’s ‘NASA’s Unexplained Files’ revealed how the space agency’s plans soon changed when they spotted activity on the moon of Enceladus.

The narrator said: “NASA’s billion-dollar probe Cassini on a fly-by past Saturn when it captures images of something unusual on the icy moon Enceladus.

“Enormous plumes of a mysterious vapour are jetting from the frozen moon’s south pole.

“They look so much like geothermal eruptions on Earth that scientists call them geysers. 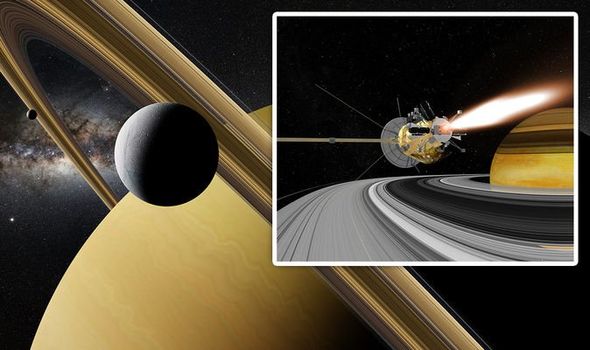 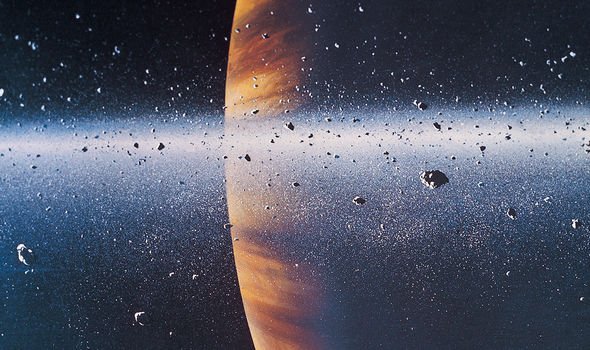 “They are more than 8,000 times larger than any geyser found on our planet.

“This is a huge discovery. If there is water flowing on Enceladus, it becomes a world where life can exist.”

The series went on to reveal how the probe’s mission was changed to investigate the plumes.

The narrator added: “NASA rips up Cassini’s original plan, but the new mission brings problems – the probe was designed to observe planets from distant orbits, not collect samples.

“Casino is 800 million miles from Earth, to make it work, NASA completely rebuilds its software remotely. 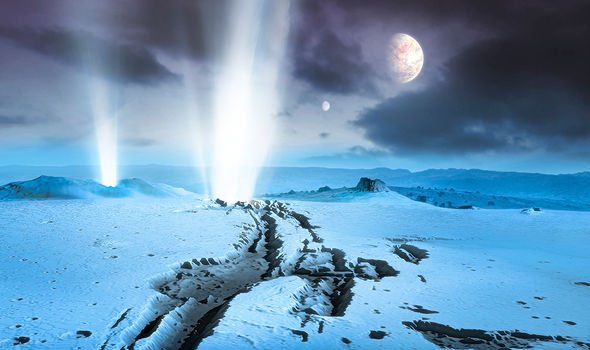 “NASA’s mantra in the quest for life anywhere in the universe is to follow the water.

“The scientists look for three key ingredients that led to life on Earth – liquid water, high salt content and a hot active core.

“After three years, the probe is finally ready to scan the sixth-largest moon and answer the question of whether there is life beyond Earth.”

And Cassini made a breakthrough.

The narrator explained: “NASA’s Cassini probe dives through the geysers and after an agonising wait the data confirms the geysers erupting from the icy moon are water.

“But water is only the first ingredient for life, the other essential compounds are salt and heat. 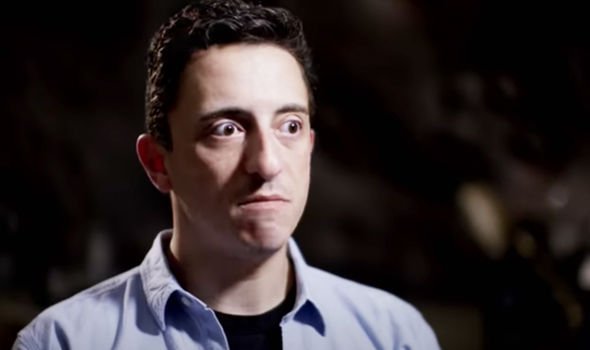 “Scientists believe salt interacting with volcanos could be how all life begins.

“Further reading reveals the oceans on Enceladus are astonishingly similar to our own.

“But Enceladus is a very different world to our own, we can only speculate what form life will take there and how advanced it would be.”

Science writer Jason Major reiterated why the discovery was huge in the hunt for life in the universe.

He said in 2016: “Where there is liquid water, that’s one of the key steps to finding life. 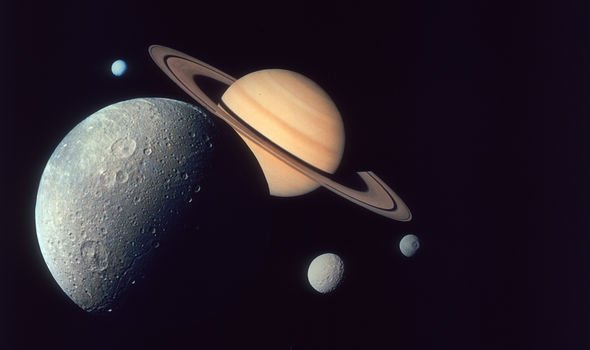 “There’s chemistry that happens when salty water is in contact with a rocky surface.

“The water being blown out into space matches Earth’s oceans – that’s huge.

“If there’s a recipe for life, Enceladus has it.”

In 2018, scientists reported the detection of complex macromolecular organics on Enceladus’s jet plumes, as sampled by the Cassini orbiter.

NASA currently has four missions under study to visit Enceladus to learn more about the discoveries made by Cassini.