Native Americans feasted on ‘colossal’ oysters over seven inches in length 2,000 years ago – but they have shrunk by a third in the Gulf of Mexico and could be wiped out altogether due to climate change

Native Americans living in the the Gulf of Mexico around 2,000 years ago feasted on ‘colossal’ oysters, some of which were over seven inches in length.

The finding is based on shells collected from ancient ‘middens’, or mounds, in Crystal River, Florida, US, where indigenous people threw remains of fish from AD 50 to 1050.

US researchers say the average body size of today’s oysters is just two-thirds of the size of these humongous ancient forebears.

While today’s oyster shells reach heights of around 4.7 inches, ‘colossal’ oysters that reached average heights of 7.4 inches no longer remain.

The reason for the decrease in size is unknown, but researchers warn that a size decrease in other fisheries has previously been a warning sign of population collapse. 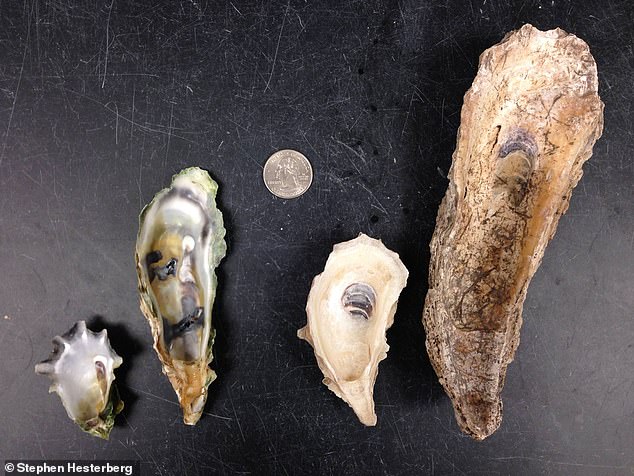 Crystal River feeds into the Gulf of Mexico, which is home to the largest remaining wild oyster fisheries in the world.

Most of the world’s oyster reefs have been lost in the last 200 years and nearly one third of those that remain are functionally extinct – they no longer play a role in their ecosystem.

The bigger the oysters, the more likely they are to outpace destructive processes caused by humans, such as sea-level rise.

Oysters also benefit the wider ecosystem by filtering water and stabilising shorelines, preventing them from collapsing in storms.

‘Oysters in the Gulf of Mexico are getting smaller – even in areas thought to be relatively “pristine”,’ said lead author of the study Stephen Hesterberg, a PhD student in anthropology at the University of South Florida.

‘Size is one of the most important attributes of an oyster, affecting how much water they filter per day.

‘They also affect the capacity for oyster reefs to protect coastlines from storm surge and create habitat for other commercially important fisheries.’ 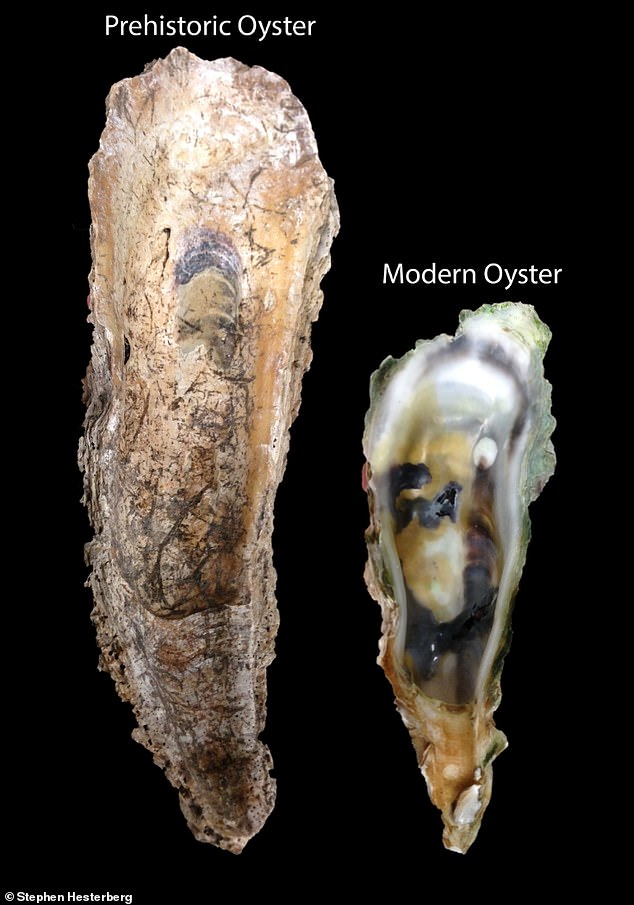 The team studied prehistoric oysters from two archaeological sites on the seven-mile-long Crystal River where indigenous people occupied sites more than 2,000 years ago.

The team used oxygen isotope analysis on five of the ancient oyster shells recovered from middens and five modern oysters from the largest size classes, to estimate growth patterns and maximum ages.

While both sets showed similar growth patterns in the first year, modern oysters had grown 35 per cent and 38 per cent less in their second and third years, respectively. 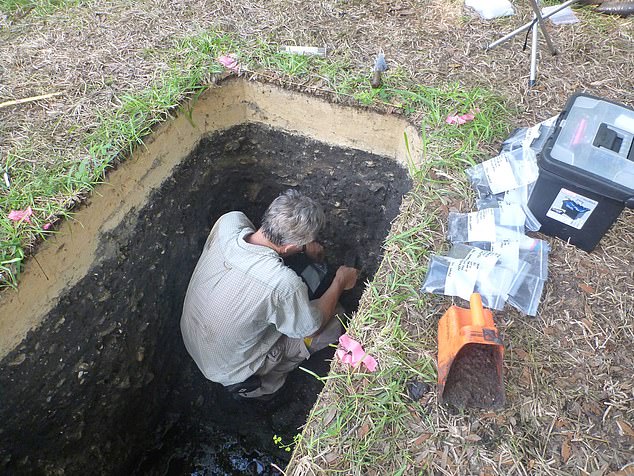 The largest prehistoric shells ranged from 3.5 to an impressive 7.5 years, while the largest modern-day oysters had an age range of 2.5 to 4.5 years.

Their maximum lifespan of 3.5 years was also a full 12 months shorter than the colossal oysters, say the team.

‘Colossal individuals may never be restored in the Big Bend and wider Gulf of Mexico region due to irreversible changes in adjacent watersheds and climate,’ said Hesterburg, whose team published their research in Biology Letters.

‘Truncated size has also been observed on oyster reefs elsewhere in the region, substantiating what may be a general phenomenon throughout the wider northern and eastern Gulf of Mexico.’ 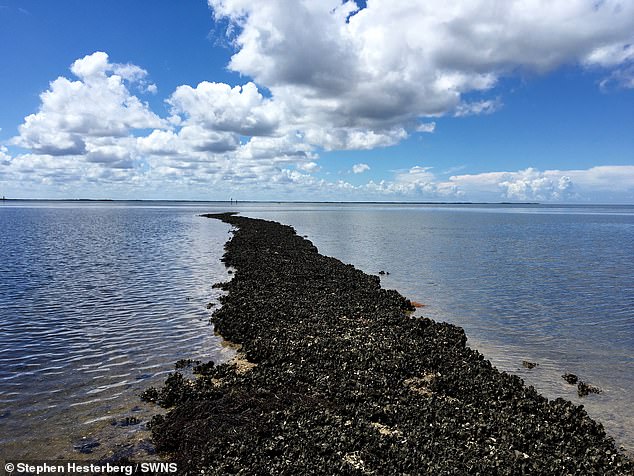 An oyster reef along the Crystal River facing the Gulf of Mexico, in Florida, United States

Previous studies have claimed that future climate change and sea level rise could have a huge impact on commercial oysters globally.

A study by the University of Stirling in Scotland in 2018 found the famous Sydney rock oyster from New South Wales is shrinking, caused by ocean acidification.

‘We see lots of disorder in the calcite layers, because there isn’t enough carbonate in the water for the oysters to draw on for optimal shell formation and growth.’ 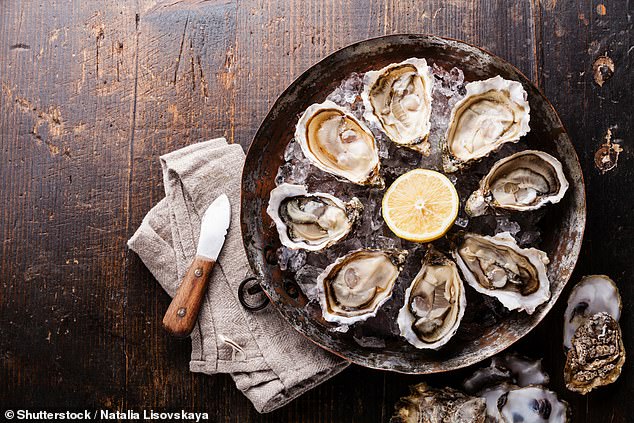 Middens in Australia, Japan and the UK have provided evidence of oyster consumption going back thousands of years.

As recently as the 18th and 19th centuries they used to be a cheap and plentiful snack for pub goers and were often gulped down with pots of ale.

Their popularity has driven market prices up over the years, giving them a reputation as an expensive delicacy.

The reduction in size of oysters is part of a worldwide trend, with shellfish including mussels and scallops also getting smaller.