New AI is BETTER at diagnosing patients than doctors are

Babylon App, the online healthcare service, has created a new artificial intelligence algorithm which has ‘imagination’.

A study created an AI which was programmed with ‘causal reasoning’, the robotic equivalent of human imagination.

This instills an element of ‘outside the box’ thinking into the system, which allows it to consider what symptoms it might see if the patient had different illnesses from the one it was considering.

The system is superior to its predecessor, which is used in the app currently, and real-life doctors when it comes to accurately diagnosing patients.

Babylon has been promoted by Health Secretary Matt Hancock and is currently operational in London, Birmingham, Manchester and Wolverhampton. 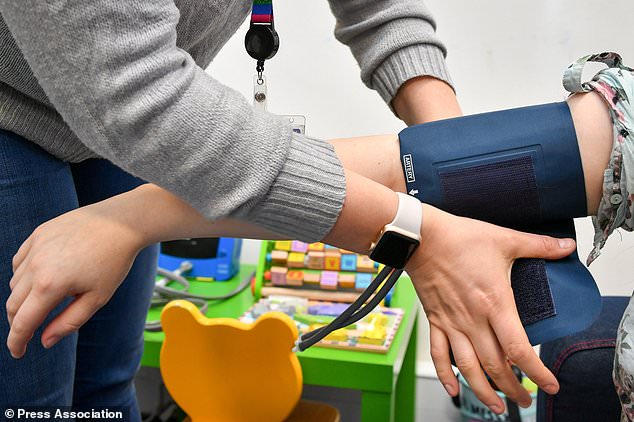 Human doctors assess patients and automatically consider a range of different possible diagnoses which could explain a person’s symptoms.

This requires a level of imagination of which current AI systems are not capable, so they are generally only used to confirm or refute a doctor’s suspected diagnosis.

However, the new algorithm, complete with its causal reasoning, can take into account a person’s various symptoms and suggest alternative diagnoses.

Researchers created more than 1,600 cases for the AI to study which included patients with both typical and atypical symptoms.

The old AI system and a group of 44 other GPs then also tried to identify the illness.

According to the study, the new AI performed best, naming the correct illness in its answers on average 77 per cent of the time, ahead of the older AI (72.5 per cent) and the human doctors (71.4 per cent).

Dr Jonathan Richens, lead author of the study and a Babylon scientist, said: ‘We took an AI with a powerful algorithm, and gave it the ability to imagine alternate realities and consider “Would this symptom be present if it was a different disease?”

‘This allows the AI to tease apart the potential causes of a patient’s illness and score more highly than over 70 per cent of the doctors on these written test cases.’

Dr Saurabh Johri, chief scientist at Babylon, said the results suggested human doctors and AI could work together in the future.

‘Interestingly, we found that the AI and doctors complemented each other – the AI scored more highly than the doctors on the harder cases, and vice versa,’ he said.

‘Switching from using correlations improved accuracy for around 30 per cent of both rare and very rare conditions.’

Babylon said it hoped the technology could be used in the future to help speed up diagnosis, improve accuracy and free up time for clinicians.

The health tech firm said the algorithm would face further development and testing before it would be considered for release in the company’s public app.

AI, at, Better, diagnosing, is, New
You may also like:

Modern humans reached westmost Europe when Neanderthals were around

Narcissists are more likely to get involved with political activities