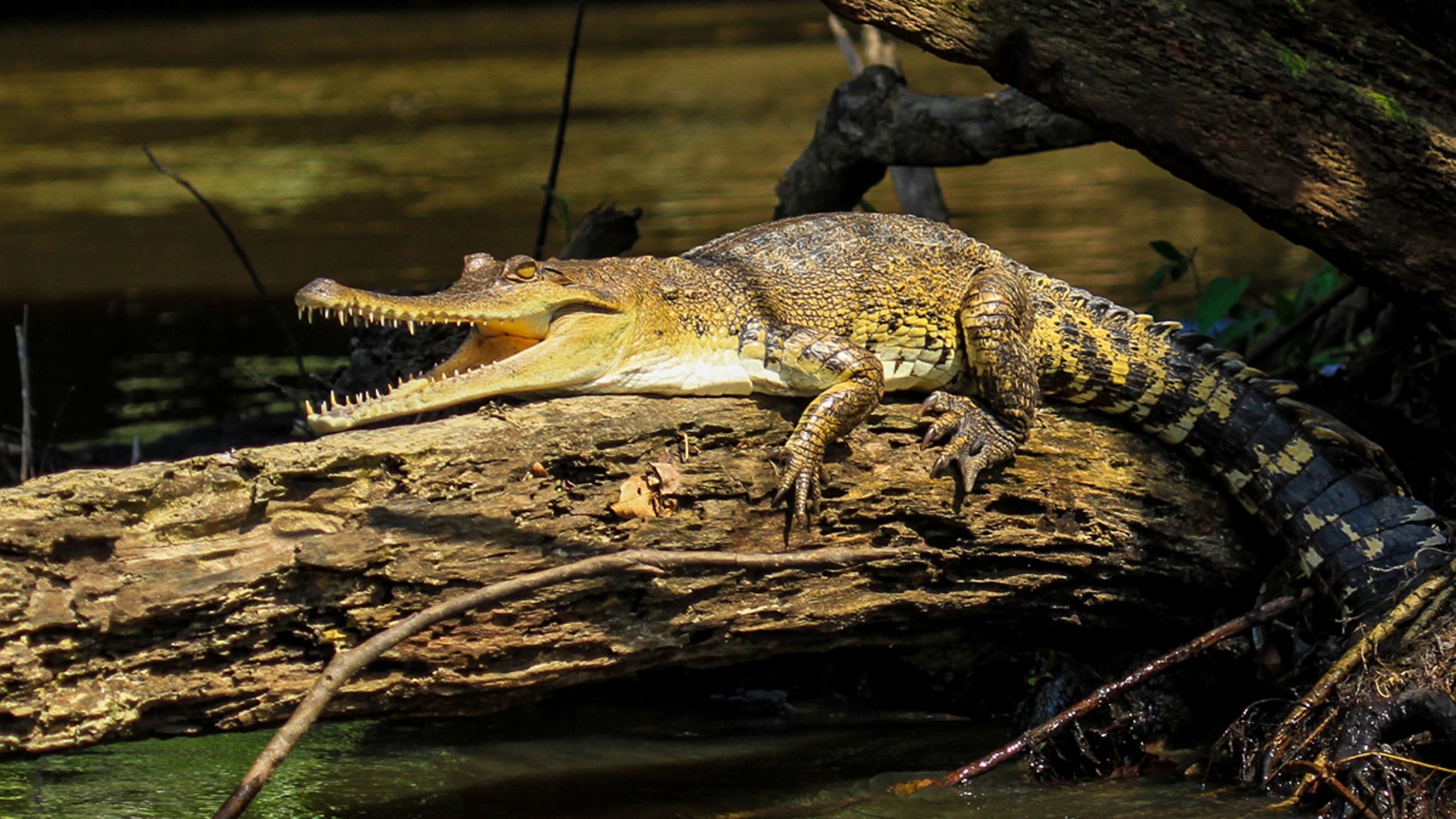 A new species of crocodile has been discovered by researchers in Central Africa.

Scientists from Florida International University's (FIU) Tropical Conservation Institute and George Amato of the American Museum of Natural History in New York discovered a new species of the African crocodile that they have named the Central African slender-snouted crocodile.

Their findings, which they said are vital for conservation efforts and to protect the reptiles from poaching, are detailed in a study published Wednesday in the journal Zootaxa.

According to National Geographic, the freshwater species, found from Cameroon to Tanzania, is officially called Mecistops leptorhynchus.

DINOSAURS MAY HAVE HAD BIRD-LIKE 'SUPERLUNGS'

The newly found species have softer, smoother skin and smaller scales, as per The Miami Herald.

“We knew from the dwarf and Nile crocodiles that something was going on, so we decided to see if something similar was happening with the slender-snouted crocodiles,” Shirley said in the FIU release. “My objective wasn’t to describe a new species. We set out to examine the evidence and better understand these elusive crocodiles.”