Google is throwing the power of its AI and machine-learning algorithms behind developing faster and more accurate weather forecasts.

In a blog post, Google describes a new model developed by the company called ‘nowcasting’ which it says has shown initial success in being able to accurately predict weather patterns with ‘nearly instantaneous’ results.

According to a new paper, the method is able to produce forecasts for up to six hours in advance in only five to 10 minutes – figures that it says outperform traditional models even in early stages.

While some traditional forecasts generate massive amounts of data, they can also take hours to complete.

‘A significant advantage of machine learning is that inference is computationally cheap given an already-trained model, allowing forecasts that are nearly instantaneous and in the native high resolution of the input data,’ Google writes.

‘If it takes 6 hours to compute a forecast, that allows only 3-4 runs per day and resulting in forecasts based on 6+ hour old data, which limits our knowledge of what is happening right now. By contrast, nowcasting is especially useful for immediate decisions from traffic routing and logistics to evacuation planning.’

When Google compared its accuracy to three current traditional models using historical weather data between 2017 and 2019, researchers found that it performed equally as good, if not better. 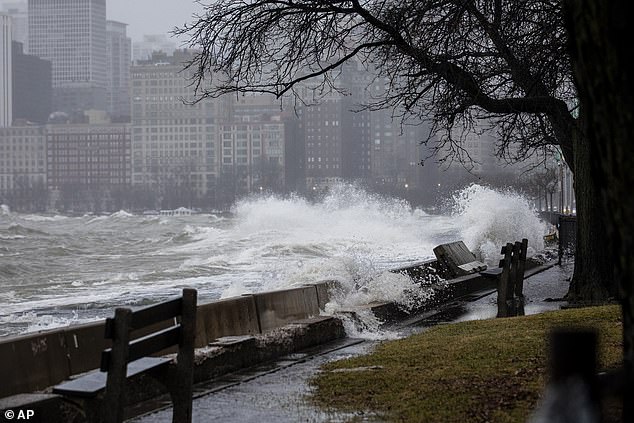 Though speed is among the major benefits of Google’s model, the company says that nowcasting is still being outperformed by traditional prediction methods when it comes to more longterm forecasts.

As a result, it’s unlikely that Google’s new system will entirely replace traditional forecasting models, but rather it will be used to complement them and fill in gaps for short-term coverage.

As noted by The Verge, Google isn’t the only one developing new and advanced ways of predicting weather. Both IBM and Monsanto are both working on their own methods.

AI, allows, for, google, Model, New
You may also like: