Google has introduced a new feature for Android that notifies deaf users if there is water running, a dog barking or a fire alarm going off.

Users can be notified about ‘critical’ sounds through push notifications, vibrations on their phone or a flash from their camera light.

While Google said Sound Notifications is designed for the estimated 466 million people in the world with hearing loss, it can also help people who are wearing headphones or otherwise distracted.

Google’s new Sound Notification feature alerts users to up to 10 ‘critical’ sounds, including smoke alarms, sirens, dogs barking and door knocks. Users can be notified through push notifications, vibrations on their phone or a flash from their camera light

Last year, Google introduced two new accessibility options – Sound Amplifier Live Transcribe, which turns speech into text in real time and will even alert you when your name is spoken aloud.

Google insists the feature doesn’t send audio or background conversations, as all audio is processed locally and never leaves the device. 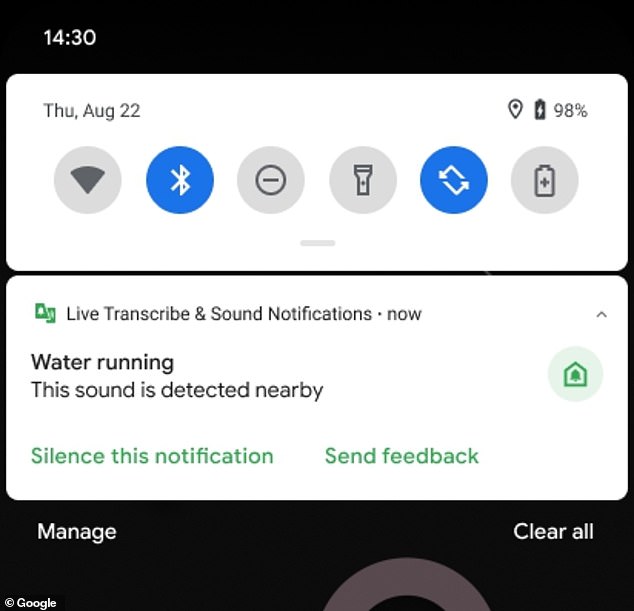 Developed with machine learning, Sound Notifications uses your phone’s microphone to identify and label different noises. Users can also scroll through a Timeline view of the Live Transcribe feature to find out about to sounds from the past few hours they might have missed 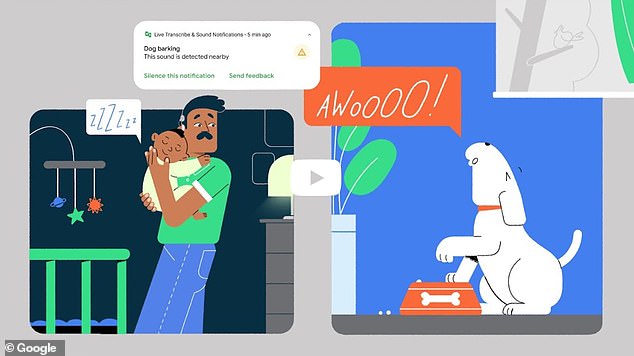 While Google said Sound Notifications is aimed at the estimated 466 million people with hearing loss, it can also help those who are wearing headphones or otherwise distracted

In addition to Android phones, it also operates on Google’s Wear OS smartwatches, which vibrates when an important noise is detected.

‘That way you can continue to get alerts about critical sounds even when you are asleep, a concern shared by many in the deaf and hard of hearing community,’ wrote artificial intelligence product manager Sagar Savla and accessibility product manager Sharlene Yuan.

Users can also scroll through a Timeline view to see notifications from the past few hours about sounds they may have missed, showing when the sound occurred and how long it was.

‘So if the dog has been barking because of a siren heard before that for 10 minutes, you can see that,’ Savla and Yuan said.

Sound Notifications need to be activated in Android’s Accessibility menu or can be downloaded directly from Google Play.

It follows on the heels of Apple’s similar Sound Detection feature, added to iOS 14 a few months ago. 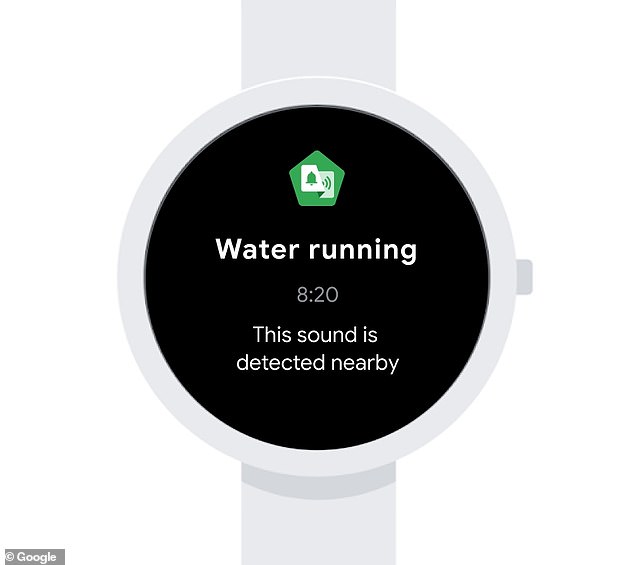 In addition to Android phones it also operates on Google’s Wear OS smartwatches, which will vibrate when an important noise is detected. So you can get alerts even when you’re asleep, ‘a concern shared by many in the deaf and hard of hearing community,’ developers said

It can identify a few more sounds, including car horns and cats meowing.

The release of Google’s Sound Notifications comes as other Internet titans have taken missteps with the deaf community.

Last month, YouTube removed crowdsourced captioning on its videos, outraging more than a half-million people who signed a Change.org petition to reinstate the feature.

The feature was taken down one day after the ended of International Deaf Week.

Deaf, feature, for, google, New, Us
You may also like: