The conservationist Norman Myers drew public attention to mass extinction, disappearing habitats and environmental refugees long before they became common topics in the news and the cause of angst for many.

Dr. Myers, who worked for decades as an ecological consultant, lobbied politicians, companies and organizations and wrote or helped write nearly 20 books and hundreds of articles in scholarly journals and newspapers that posited groundbreaking ideas, many of which were later supported by further research.

His daughter Malindi Myers said the cause was Lewy body dementia and Parkinson’s disease.

Many of Dr. Myers’s books and articles were based on careful examination of published work rather than on field work of his own. This perspective allowed him to ask questions and make inferences that other researchers might miss. But it also opened him to criticism that his conclusions were based on insufficient evidence.

Dr. Myers took issue with those criticisms. He argued that the potential for ecological catastrophe made it all the more important that he publicize troubling discoveries. In an essay in The Guardian in 1992, he inveighed against “the established approach,” which “has required scientists not to publish or otherwise present their findings until they have a high degree of certainty.”

“This approach, productive as it has long been, is less appropriate in a world subject to severe environmental injury,” he continued. “If we wait until we achieve certainty about the greenhouse effect, for instance, it will be too late to do much about the problem.” 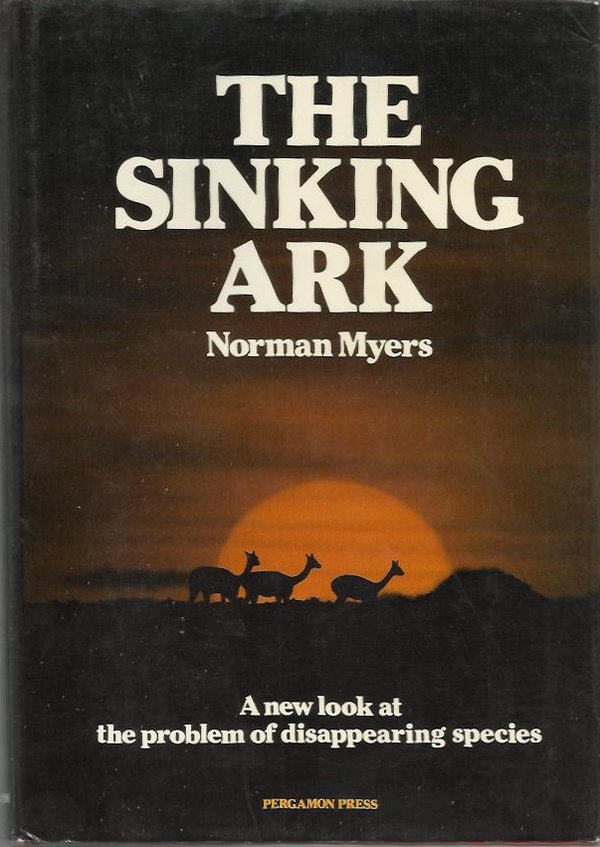 In his book “The Sinking Ark” (1979), Dr. Myers raised the possibility that biologists were gravely underestimating the number of species that go extinct each year by overlooking insects and other invertebrates. Official estimates at the time put the number of extinctions at one per year; Dr. Myers thought it was closer to one per day.

Many scientists now agree that the rate of extinction is drastically higher than it has historically been, and “The Sinking Ark” presaged later works like Elizabeth Kolbert’s Pulitzer Prize-winning “The Sixth Extinction: An Unnatural History” (2014).

Dr. Myers and his colleagues wrote books proposing that biological “hot spots,” relatively small habitats often threatened by human encroachment, contain much of the earth’s biodiversity, and that government subsidies for industries like energy and agriculture can harm the economy and the environment.

He was one of the earliest researchers to tie the disappearance of the rainforest to the world’s growing demand for beef and the consequent need for more grazing land for cattle. He was also one of the first to note the displacement of large numbers of refugees because of environmental concerns. Scientists like Edward O. Wilson and Paul R. Ehrlich eventually embraced some of Dr. Myers’s theories.

Dr. Myers proposed pragmatic solutions to ecological problems. Those proposals could be counterintuitive, and they sometimes outraged environmental activists.

He once suggested that one way to protect the habitat of grazing animals in Africa would be to promote their harvesting as a food source so that local populations would become less reliant on farming and ranching, which destroy habitats.

“Disquieting as it may sound to foreigners, wildlife in Africa should be commercialized in many places — exploited for every last nickel of income,” Dr. Myers wrote in an article cited in The New York Times Magazine in 1982.

He also argued that many scientists should drop their pretense of objectivity and become active proponents for their work. He reached out to politicians like Al Gore and Margaret Thatcher. He worked as an adviser to the World Bank, the United Nations and other international agencies, and to the United States government.

“If scientists exercise ‘professional propriety’ about environmental problems by remaining silent about them because they lack conclusive evidence, their silence will often be misconstrued by political leaders: absence of evidence about a problem can be taken to mean evidence of absence of a problem,” Dr. Myers wrote in 1992. “When politicians decide to do nothing, they decide to do a great deal in a world that is not standing still. To practice undue caution can be reckless.”

Norman Myers was born on Aug. 24, 1934, on a farm in Whitewell, Lancashire, England. His father, John, was a farmer, and his mother, Gladys, was a teacher. The family moved to the nearby town of Clitheroe after his father became ill.

He attended Oxford University, where he studied German and French. In 1958, after graduating, he went to Kenya, where he became a colonial administrator and worked closely with Maasai tribesmen.

An avid long-distance runner, he sometimes accompanied the Maasai on daily jaunts of dozens of miles, and for a short time he held the record for the swiftest ascent and descent of Mount Kilimanjaro.

Dr. Myers became a teacher before Kenya declared independence from England in 1963, and in time he became a wildlife photographer. He spent long hours staking out wild animals, waiting for dramatic moments like lions pouncing on zebras at a watering hole. During the waits he devoured material about the species he was observing, and about biology and ecology in general.

“During five years I put myself through an undergraduate course in biology without realizing what I was doing,” Dr. Myers said in 1999 to an interviewer from the University of California, Berkeley.

He entered graduate school at Berkeley and in 1973 completed an interdisciplinary doctorate, studying topics like wildlife management, demography, political science and international law.

In 1965 he married Dorothy Halliman. They separated in 1993 and divorced in 2012. In addition to his daughter Malindi, he is survived by another daughter, Mara Yamauchi; a brother, John; and two grandchildren.

Dr. Myers’s other books include “Perverse Subsidies: How Tax Dollars Can Undercut the Environment and the Economy,” with Jennifer Kent, and “Hotspots: Earth’s Biologically Richest and Most Endangered Terrestrial Ecoregions,” with Russell A. Mittermeier, Patricio R. Gil and Christina G. Mittermeier. In 2007 Time magazine named him a “hero of the environment.”

Dr. Myers remained optimistic that humankind could address the ecological perils faced by humanity, and the other species on Earth.

“These are problems which have never arisen before,” he said in the Berkeley interview. “But we still have it in our hands, we still have time to do a great deal to turn those appalling problems into magnificent opportunities.”