Follow
Home » Science » Nostradamus prediction for 2020: Why are people saying Donald Trump will win the election?

Michele de Nostredame, or Nostradamus, was a 16th-century French mystic whose cryptic poetry has lead many to believe he possessed supernatural powers. Nostradamus’s followers believe he penned accurate predictions of the future in four-lined poems known as quatrains. Over the centuries, the poetry has been linked to the 1666 Great Fire of London, the 1963 assassination of President John F Kennedy, as well as the ongoing coronavirus pandemic.

Now, conspiracy theorists have flooded social media with claims Nostradamus predicted the outcome of the November 3 US presidential election, which is being fought between incumbent President Donald Trump and Democrat rival Joe Biden.

In particular, it has been claimed Nostradamus’s Century 1, Quatrain 40 contains a reference to the US president.

The passage reads: “The false trumpet concealing madness will cause Byzantium to change its laws.

“From Egypt there will go forth a man who wants, the edict withdrawn changing money and standards.”

And although President Trump is not mentioned in the quatrain, some believe the “false trumpet” is a clever reference to his name. 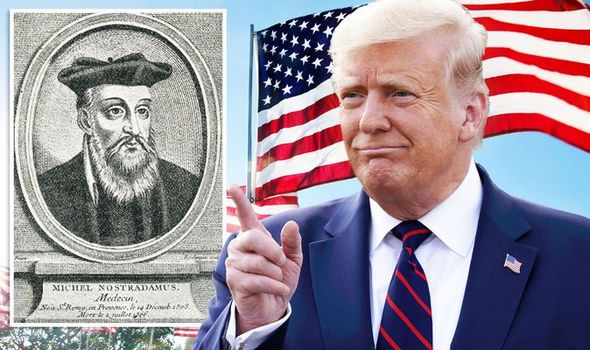 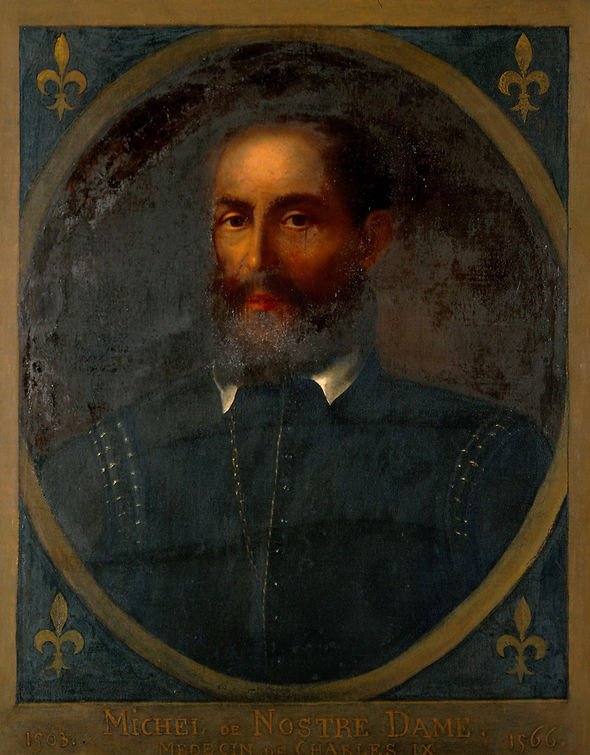 “When the litters are overturned by the whirlwind

“and faces are covered by cloaks,

“the new republic will be troubled by its people.

“At this time the reds and the whites will rule wrongly.”

“will cause Byzantium to change its laws.

“From Egypt there will go forth a man who wants

And a second Twitter user said: “Nostradamus may have directly referenced TRUMP in his Century 1, Quatrain 40.”

Another passage often cited in reference to Donald Trump is Century 3, Quatrain 81, which reads: “The great shameless, audacious bawler, He will be elected governor of the army:

“The boldness of his contention, The bridge broken, the city faint from fear.”

However, Nostradamus’s sceptics are not so sure any of these passages have genuine links to modern-day events.

DON’T MISS…
When is the next Presidential debate for the 2020 election? [INSIGHT]
World War 3: South America becomes ‘battleground for new Cold War’ [REPORT]
Did Nostradamus predict Trump would test positive for COVID-19? [ANALYSIS] 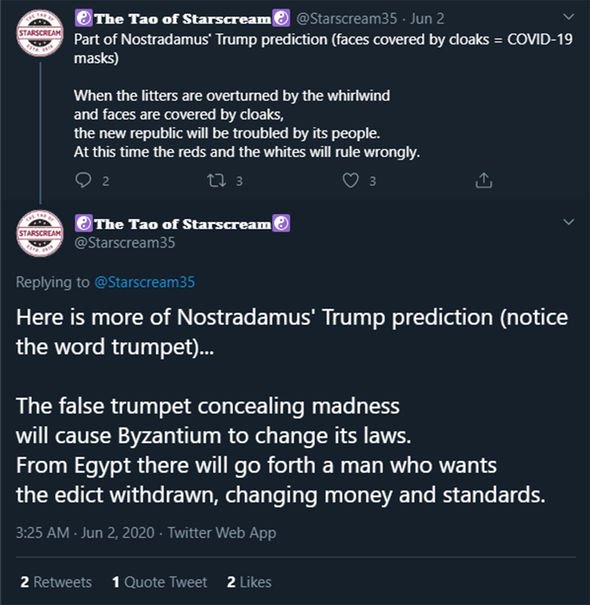 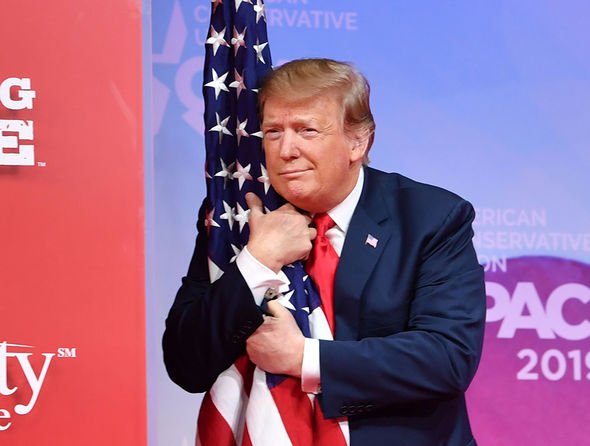 The bulk of Nostradamus’s supposed predictions were penned in 1555 in his book Les Propheties.

Since then, no concrete evidence has emerged to confirm the quatrains were accurate predictions of the future.

Instead, sceptics like Brian Dunning, host of the Skeptoid podcast, argue Nostradamus’s prophecies only make sense after events have happened.

He said: “How accurate are his predictions? You could fill a library with books claiming to match quatrains with major events in world history — all, of course, deciphered and published after those events occurred.

“The straight fact is that nobody has ever used Nostradamus’ writings to predict a future event in specific terms which later came true.

“Nobody has ever used Nostradamus’ writings to predict a future event in specific terms which later came true.”

And if the latest election polls are to be believed, then Mr Biden holds a narrow lead over President Trump.

Mr Dunning added: “Michel de Nostredame was truly one of the brilliant lights of his day, but to subscribe to false stories and urban legends is to disrespect who the man actually was.

“Appreciate his contributions to medicine and Renaissance literature, and don’t trivialize his good works in favour of a pretended history of paranormal magical powers.”