A new software solution may put an end to obscuring your laptop’s built-in camera with tape.

A YouTube video posted by Jason Mayes, a Google Web Engineer, shows off an algorithm that eliminates humans from a webcam feed in real-time, leaving only the background in tact.

The tool, highlighted by Gizmodo, is made using Javascript and TensorFlow, a machine learning platform that lets users leverage Google’s neural networks, and can delete a human from a shot automatically in real-time.

As noted by Gizmodo and corroborated by Mayes’ video demonstration of the software, the tool isn’t exactly perfect yet.

Gizmodo also notes that as the neural network being used to power the tool becomes more sophisticated, its ability to erase images from a frame will as well.

For now, the tool is more of a demonstration than an actual practical piece of software, but it could easily be deployed in a number of scenarios, notably for added privacy.

By deleting a person from the frame, it could be used as a type of privacy fail safe in the event that one’s camera is hacked and/or commandeered.

For instance, if a hacker gains access to one’s webcam, it would help ensure that the attack wouldn’t be able to see what the victim is doing on the other end.

When it comes to mobile devices the tool may even prove more useful, since many people aren’t likely to be comfortable walking around with a piece of tape or a Post-It note attached to their phones’ front-facing camera. 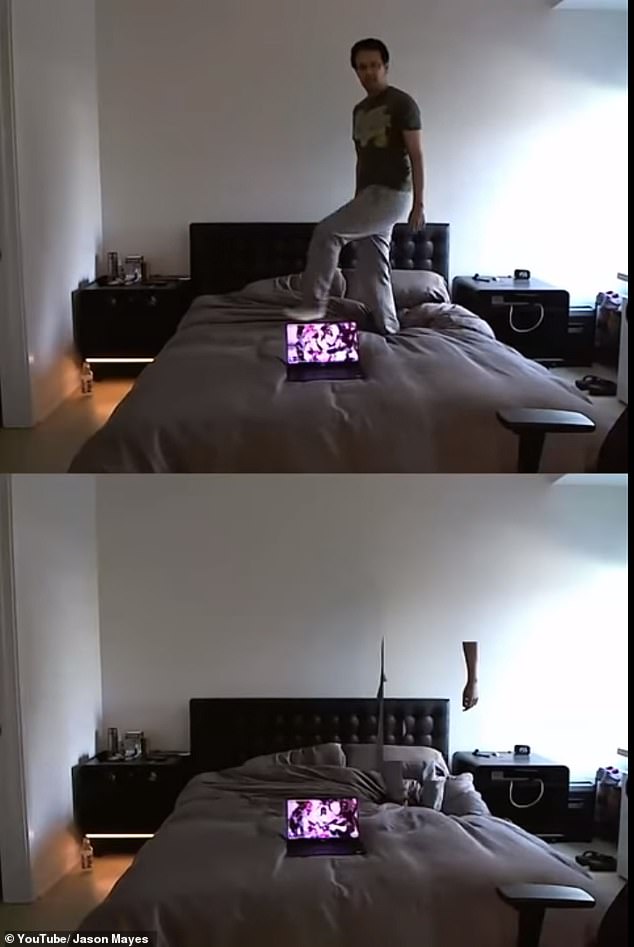 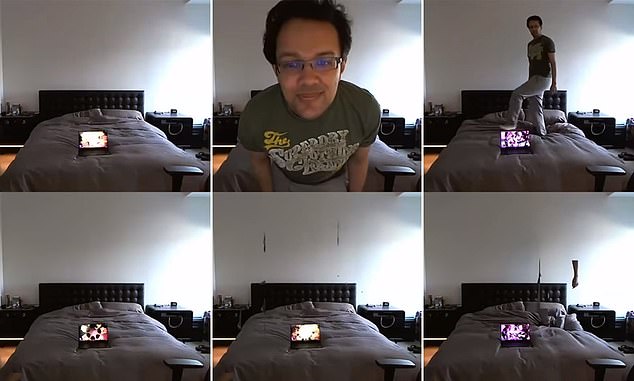 Pictured is a video demonstration of the tool in which Mayes walks around a room. The software deletes most traces of his presence as he moves in real-time

Hackers have long had the ability to commandeer webcams attached to modern laptops through different types of malware which allow them to remotely activate the camera.

In addition to the hack being a serious invasion of privacy, hackers might also use any images obtained in the attack as a means for extortion.

In 2014, a hacker was convicted for breaking into the webcams of dozens of women and attempting to use nude image gleaned in the effort to extort them for money or coerce them into performing sex acts on the video-calling platform, Skype.