World’s oceans have soaked up 3.6 BILLION Hiroshima bombs worth of energy in just 25 years as global water temperature soars to a new all-time high in 2019

The world’s oceans were warmer in 2019 than at any other time in human history, according to an international study.

To warm the world’s water by this much requires a huge amount of energy, an estimated 228 sextillion joules of heat.

Academics claim this is equivalent to 3.6 billion Hiroshima atom-bomb explosions. 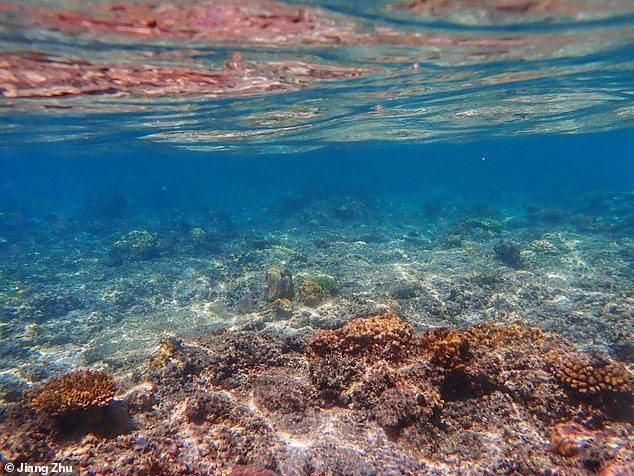 The ocean absorbs most of the excess heat from greenhouse gas emissions, leading to rising ocean temperatures

‘The Hiroshima atom-bomb exploded with an energy of about 63,000,000,000,000 joules,’ said Lijing Cheng, lead paper author and associate professor with the International Center for Climate and Environmental Sciences at the Chinese Academy of Sciences.

‘The amount of heat we have put in the world’s oceans in the past 25 years equals to 3.6 billion Hiroshima atom-bomb explosions.

‘This measured ocean warming is irrefutable and is further proof of global warming.

‘There are no reasonable alternatives aside from the human emissions of heat trapping gases to explain this heating.’

Researchers from 11 different institutions from China and the US collaborated on the research, published in the journal Advances in Atmospheric Sciences.

‘It is critical to understand how fast things are changing,’ said John Abraham, co-author and professor of mechanical engineering at the University of St. Thomas in the US.

‘The key to answering this question is in the oceans – that’s where the vast majority of heat ends up.

‘If you want to understand global warming, you have to measure ocean warming.’

The Atlantic Ocean and the Southern Ocean warmed more compared to most of the other basins, with most warming felt between the surface and 6,500 feet down.

Since 1970, more than 90 per cent of global warming heat went into the ocean, while less than 4 per cent warmed the atmosphere and land where humans live.

Heat accumulates in the ocean because of its large heat capacity, but the remaining 4 per cent manifests as atmospheric warming, a drying a warming land mass and melting of land and sea ice.

‘Even with that small fraction affecting the atmosphere and land, the global heating has led to an increase in catastrophic fires in the Amazon, California and Australia in 2019, and we’re seeing that continue into 2020,’ said Professor Cheng.

‘The global ocean warming has caused marine heat waves in Tasman Sea and other regions.’

Increases in ocean temperature reduce dissolved oxygen in the ocean because oxygen is less soluble in warmer water.

The surging temperatures are sparking marine heat waves, with one notorious example in the North Pacific dubbed ‘the blob’. 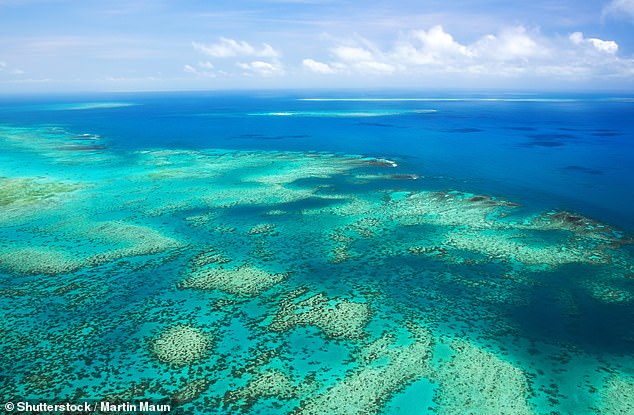 A 2017 hot spot in the Gulf of Mexico also spawned Hurricane Harvey, which the Rice Kinder Institute said led to 82 deaths and caused about £83 billion ($108 billion) in damages.

Not for the first time, scientists are calling on humanity to reverse climate change in the face of disastrous effects.

‘Global warming is real, and it’s getting worse,’ Abraham said. ‘And this is just the tip of the iceberg for what is to come.

‘Fortunately, we can do something about it – we can use energy more wisely and we can diversify our energy sources.

‘We have the power to reduce this problem.’

The study uses an analysis method developed by researchers at the Chinese Academy of Sciences in Beijing and includes ocean temperature changes recorded by the National Oceanic and Atmospheric Administration in the US.