A hormone that plays a crucial role in social bonding, sexual reproduction and childbirth may also make men more interested in having short-term flings, a new study claims.

Oxytocin – also known as the ‘cuddle hormone’ – is thought to engender trust and generosity and is released during ‘tender moments’, including while hugging and during sex.

A new study from China has found that the same hormone that aids in childbirth can also make men more likely to want a short-term relationships.

It found the men studied already had a preference for relationships with someone they know has been unfaithful in the past, but this was exaggerated when they were given the oxytocin hormone as a nasal spray. 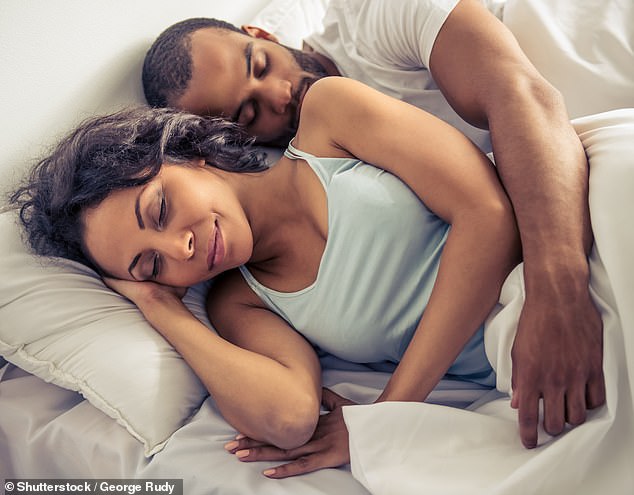 During the study 160 people were shown pictures of members of the opposite sex and told by researchers whether those people had been faithful or unfaithful.

This suggests that at the start of a relationship the hormone could act to make sex more important in the choice of a mate than romantic bonds, the study claims.

After courtship ends and a relationship begins the hormone would then move to more romantic bonds, say researchers from the University of Electronic Science and Technology of China.

During the study 160 people were shown pictures of members of the opposite sex and told by researchers whether those people had been faithful or unfaithful.

Participants were then asked to give their preference for having a long-term or short-term relationship with the person in the picture.

They found that both sexes clearly prefer fidelity in a prospective long-term partner but the picture differed when it came to short-term relationships.

Men were more likely than women to say they would have a short-term relationship with someone who had been unfaithful.

Women were more likely to want a lasting relationship with a faithful man.

Researchers found that if they gave men the oxytocin as a nasal spray it would exaggerate their preference for short-term relationships with previously unfaithful women.

They found it had the opposite effect in women, who were even more likely to want a long-term relationship with a faithful partner after having the nasal spray.

WHAT IS THE ‘CUDDLE HORMONE’ OXYTOCIN?

Oxytocin, known as the ‘love hormone’, engenders trust and generosity.

The chemical is released naturally from the brain into the blood of humans and other mammals during social and sexual behaviours.

It is produced by women during labour to help them bond with their baby, and stimulates the production of breast milk.

The chemical is also released during lovemaking, earning it the nickname ‘the cuddle hormone’.

Other loving touches, from hugging a teddy bear to stroking your pet dog, also trigger the hormone’s release.

int, Make, May, Men, More, oxytocin
You may also like: