Parkinson's sufferers given hope after brain cell transplant in mice

A breakthrough that led to the creation of new neurons in mice could be used to transplant brain cells in Parkinson’s patients and cure them of the disease.

Parkinson’s disease is characterised by a loss of dopaminergic neurons in a region of the brain responsible for reward and movement – replacing those cells could help to reduce or even reverse the symptoms of the degenerative disease.

A small study involving mice with Parkinson’s saw those given the ‘new neuron treatment’ return to normal within three months and stay disease free for life.

The researchers said it could one day be used to ‘cure’ any disease caused by the loss of neurons but warned this was a long way off and hadn’t been tested. 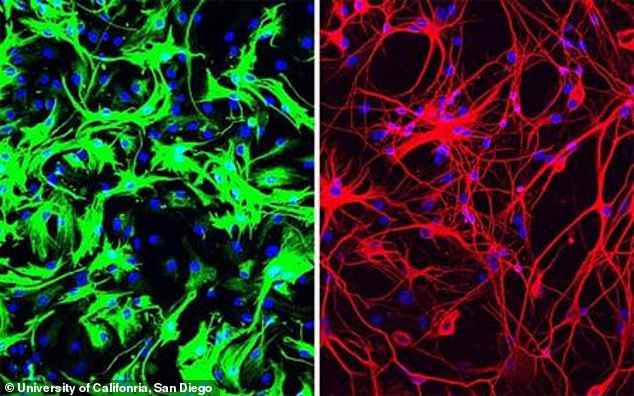 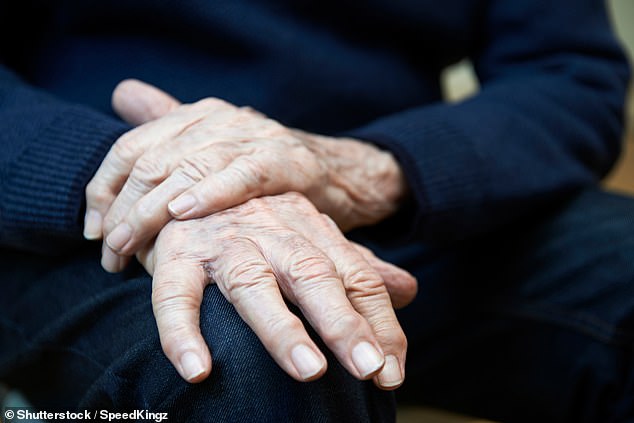 It is early in the research, but these newly produced brain cells could one day be implanted into a Parkinson’s patient to help their condition.

‘It’s my dream to see this through to clinical trials, to test this approach as a treatment for Parkinson’s disease, but also many other diseases where neurons are lost, such as Alzheimer’s and Huntington’s diseases and stroke,’

The study published in Nature was conducted in isolated human cells and in mice.

‘Researchers around the world have tried many ways to generate neurons in the lab, using stem cells and other means, so we can study them better, as well as to use them to replace lost neurons in neurodegenerative diseases,’ said Dr Fu.

‘The fact that we could produce so many neurons in such a relatively easy way came as a big surprise,’ the lead author on the paper said.

Astrocytes produce a protein which prevents them from becoming neurons but by removing this protein they are converted into fully functional neurons.

As part of this study the team found new neurons can repopulate circuits in the brain, restore dopamine levels and rescue motor function in mice with Parkinson’s.

But they caution that further research is needed before the approach can be applied to humans as it has only been studied in mice brains.

The researchers administered the treatment directly to a part of the mouse’s brain, which is responsible for regulating motor control and reward behaviour.

They also added it to the part of the brain that typically loses dopamine-producing neurons in Parkinson’s disease.

A control group of mice received mock treatment without any new neurons. 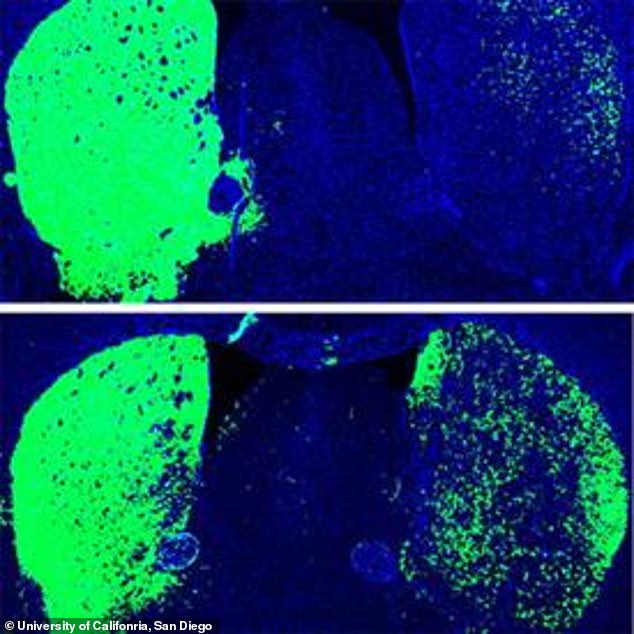 In the treated mice, a small subset of astrocytes converted to neurons, increasing the number of neurons by approximately 30 per cent, the study suggests.

Dopamine levels were restored to a level comparable to that in normal mice.

By two different measures of limb movement and response, the treated mice returned to normal within three months after a single treatment.

They remained completely free from symptoms of Parkinson’s disease for the rest of their lives but the control group showed no improvement.

‘It is important to note that it was conducted in mice with group sizes from three to eight and there is a long way to go to translate this into a treatment for people.’

He added: ‘This opens up a completely novel avenue for development of treatments to ‘rebuild’ damaged brains in Alzheimer’s and Parkinson’s diseases.’

Parkinson’s disease affects one in 500 people, and around 127,000 people in the UK live with the condition.