People who are insecure about their romantic relationship are more likely to use Facebook to stalk their exes online, scientists have confirmed.

They are also the most likely to overshare personal information and create a false impression of themselves through their social media accounts.

According to the latest findings, Facebook users with high levels of attachment anxiety are also the most likely to compare themselves with other online users.

Researchers hope that highlighting these links will help people to consider how they feel before logging into a social network, like Facebook. 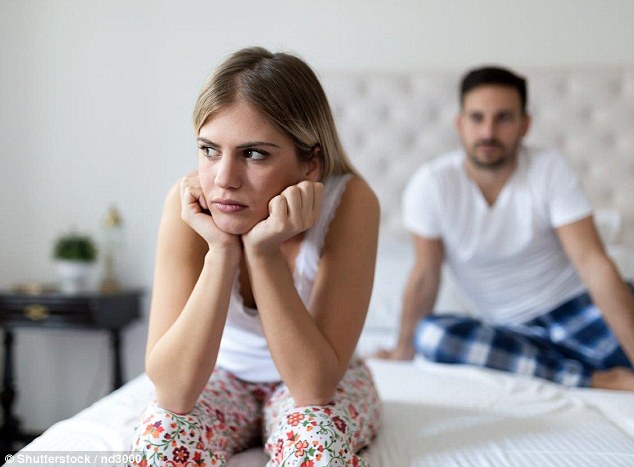 People who are insecure about their romantic relationship are more likely to use Facebook to stalk their exes online, scientists have confirmed. They are also the most likely to overshare personal information and create a false impression of themselves through social media (stock)

The study from the School of Psychology at NUI Galway found that adults in insecure relationships may use Facebook to fulfil their attachment needs.

This is particularly the case for people with low self-esteem, or for people experiencing high levels of psychological distress, including anxiety and depression.

Researchers asked 717 adult Facebook users to complete a series of questionnaires, according to research published in the journal BMC Psychology.

People with high levels of attachment anxiety were more likely to compare themselves against other social network users — known as social comparison.

These users were also the most likely to carefully curate their own image online, known as impression management, scientists revealed.

When Facebook users were in a heightened emotional state, they were more likely to disclose personal information in posts on the social network.

These individuals were more likely to use the site intrusively, in a way that meant it impacted upon their sleep, work and social relationships.

People with high levels of attachment avoidance were more likely to engage in impression management on Facebook.

They also had a greater tendency to use the site intrusively, to the detriment of their offline social relationships. 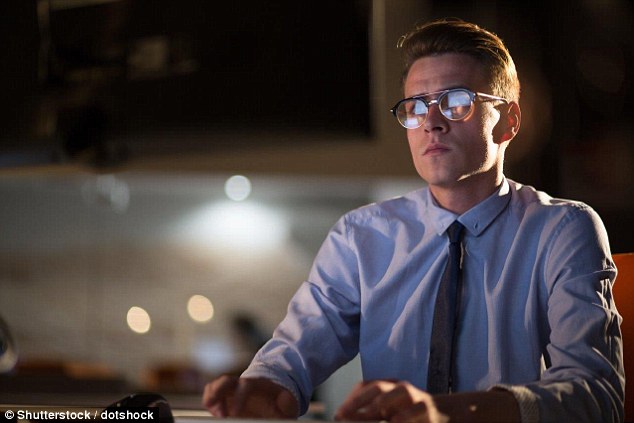 The study from the School of Psychology at NUI Galway found that adults in insecure relationships may use Facebook to fulfil their attachment needs. Researchers hope the findings will help people consider how they feel before logging into a social network (stock)

‘Our study is the first to apply attachment theory to better understand why people might engage with Facebook in problematic ways’, said Dr Sally Flynn, lead author of the study.

‘Our findings suggest that Facebook may be used by some to fulfil fundamental attachment needs, especially for those with low self-esteem, who are experiencing psychological distress.’

As with all research, the team behind the study admit it has limitations, and does not necessarily reflect cause and effect.

‘The study may also be limited by its use of self-reported data and probability sampling which have the potential to introduce bias to the findings, Dr Flynn added.

‘While psychological distress and self-esteem provide some explanation of the association between attachment and problematic Facebook use, further studies are needed into a range of additional interpersonal factors relevant to attachment.’

WHAT TACTICS DO PEOPLE USE TO STOP THEMSELVES CHEATING?

Researchers at the University of New Brunswick asked 362 heterosexual adults how they had staved off temptations to cheat while in a relationship.

Seventy-five per cent of the study’s respondents, who were aged between 19 and 63, selected ‘relationship enhancement’ as their primary tactic.

This ploy included things like taking their partner on a date, making an extra effort with their appearance around them, or having more sex with them.

The second most-popular was ‘proactive avoidance’, which involved maintaining distance from the temptation.

As well as physically avoiding the temptation, people also avoided getting close in conversation with that person.

3. ‘Derogation of the temptation’

The third and final tactic used by people was ‘derogation of the temptation’, which involved feelings of guilt, and thinking about the tempting person in a negative light.

Participants reported flirting less when they applied the final, ‘derogation of the temptation’ strategy.

But none of the strategies had an effect on the levels of romantic infidelity, sexual infidelity, and whether the relationship survived.

Psychologist Dr Alex Fradera, who was not involved in the research, said the findings show little can be done once feelings of temptation have crept in.