Men and women have a ‘type’ – and it tends to be someone who looks like their own mum or dad, according to new research.

When it comes to looking for a long term partner rather than a sexual fling, men will date women with the same or similar eye and hair colour as their own mothers.

Women will choose a long term male partner with the same eye and hair as their own fathers, providing he was around during her childhood.

Scientists said we are subconsciously ‘imprinted’ to seek out partners that look like our parents from a young age. 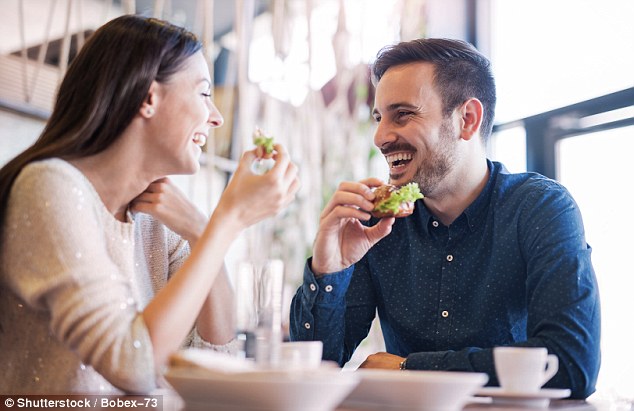 Men and women have a ‘type’ – and it tends to be someone who looks like their own mum or dad. When it comes to looking for a long term partner rather than a sexual fling, men will date women with the same or similar eye and hair colour as their own mothers (stock image)

Researchers from the Charles University in Prague looked at past and present relationships of almost 1,900 heterosexual adults.

They the compared eye and hair colour of each partner to that of their opposite-sex parent.

Both men and women tended to choose long term partners – as opposed to sexual flings – that had the same eye colour or hair colour as their opposite-sex parent.

One factor could be ‘imprinting’, the researchers, led by Dr Karel Kleisner, wrote in the journal Evolution and Human Behaviour.

People often ‘internalise’ the characteristics of their parents to such an extent they subconsciously choose mates with similar physical features.

Previous research has claimed we are attracted to people similar to our parents as they were our first experience of a close relationship, making them a template for all of for our future ones.

Eyes and hair do not just mean attractiveness but other qualities – a lack of grey hair suggests good health though some grey hair on a man can convey trustworthiness, said the research.

Eyes, too, can depict all kinds of characteristics from dominance to kindness according to previous studies.

But by choosing long term partners that look like a parent, there is more chance of producing children who appear similar to previous generations of the family. 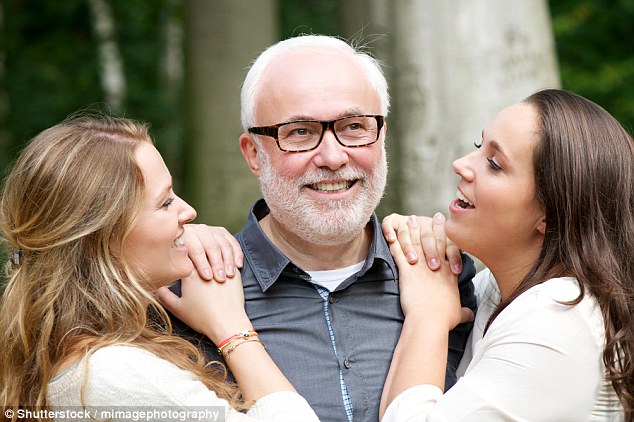 Women will choose a long term male partner with the same eye and hair as their own fathers, providing he was around during her childhood, said the study (stock image)

This may be a subconscious evolutionary choice like that observed in animals to keep the family lineage strong and healthy.

And while adults may pick a partner that looks like their parent, they will also shun them if they had an unhappy childhood, researchers said.

Women in the survey whose father did not live at home during their childhood were less likely to pick a future mate with the same eye or hair colour.

The researchers reported: ‘It seems that when it comes to eye and hair colour, people do have their “type” and non-randomly prefer a particular trait.

‘We have concluded that an imprinting-like effect has a greater influence on modulating mate choice.

‘The stronger parent-partner similarity was found in cases where parents share the same eye colour.

‘Individuals are more likely to experiment in terms of short term partners because they are evolutionary relatively less important than long term partners.’

ARE MEN WITH SHORT AND WIDE FACES MORE LIKELY TO CHEAT?

The study involved 314 undergraduate students who were in romantic relationships.

Each student completed a questionnaire about their behaviour, sex drive, sexual orientation, the chances they’d consider cheating, and how comfortable they were with the concept of casual sex.

The researchers also took a picture of each student to analyse their facial width-to-height ratios (FWHR). 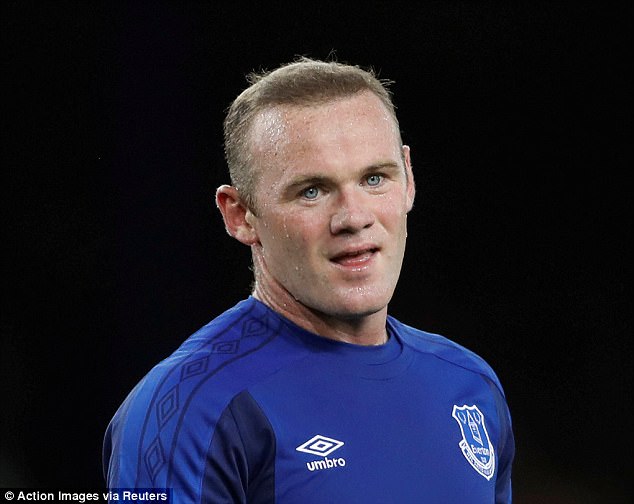 Scientists have found that men and women with short and wide faces are more sexually motivated and likely to cheat than people with faces of other dimensions. Pictured is footballer, Wayne Rooney, who has previously cheated on his wife, Coleen

The results showed that men and women with a high FWHR – square and wide faces – reported a greater sex drive than others.

Men with a larger FWHR were also more easy-going when it comes to casual sex and would consider being unfaithful to their partners.

The researchers hope the findings will shed light on the role that facial features play in sexual relationships and mate selection.

Their research builds upon previous studies that have shown that certain psychological and behavioural traits are associated with particular facial width-to-height ratios (FWHR).