People who eat quickly are more likely to be overweight, study finds

Want to lose weight? Eat SLOWLY! People who scoff their food too quickly are more likely to be overweight, study finds

The best way to lose weight is to eat your food slowly, the authors of a new study claim, after finding people who eat quickly are more likely to be overweight.

Researchers from the University of Roehampton and Bristol University worked with 800 volunteers who completed surveys about their weight and eating rates.

The study included adults and children, with authors discovering no different between the two when it comes to the impact of fast eating on obesity.

They found that both adults and children develop larger waistlines and a higher body mass index (BMI) if they are quick eaters.

The team behind the study say this clears up a long-held misconceptions that adults aren’t as susceptible as children to becoming obese by eating at a fast pace. 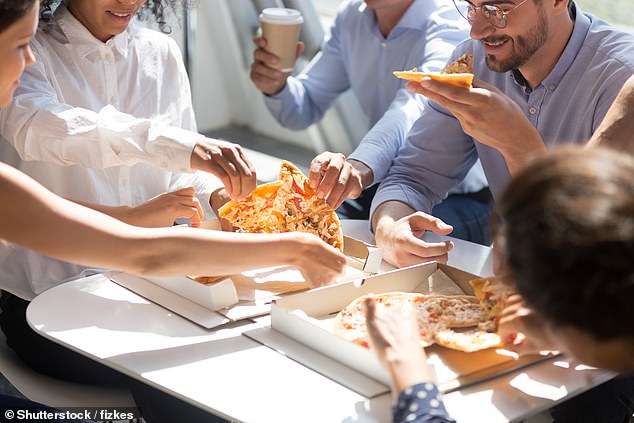 The best way to lose weight is to eat your food slowly, the authors of a new study claim, after finding people who eat quickly are more likely to be overweight. Stock image

HOW TO CALCULATE YOUR BODY MASS INDEX – AND WHAT IT MEANS

Over 800 adults and children in London took part in the research, which was based on a survey completed by participants providing their own self-reported eating rate with response options ranging in a scale from very slow to very fast.

Faster eating rate was significantly associated with a higher BMI and larger waist circumference in both children and adults.

The UK has one of the highest rates of childhood obesity in Europe, with around 1 in 10 children aged 4-5 classed as obese, increasing to 1 in 5 for children aged 10-11.

Adults don’t fare much better, with 2021 NHS data showing 67% of men and 60% of women are considered overweight or obese in the UK.

These findings add to growing evidence of studies showing a clear relationship between body mass and eating rate, particularly amongst children.

The idea being that children who are quick eaters consume larger amounts of food at mealtimes, which in turn contributes to an increase in BMI.

Dr Leigh Gibson, lead researcher on the study said the research was particularly significant as it shows eating quickly affects adults and children the same way.

“Previous studies that looked into the association between consuming foods at a fast pace and increased energy intake focused solely on children.

‘However, by assessing both adults and children, we were able to debunk the notion that adults are immune from the effect of eating quickly on obesity that have been established in children,’ Gibson added.

The team also found a difference in birth order of siblings, when it came to determining just how quickly they were likely to eat their food.

They found that first‐born children were twice as likely to eat faster compared to children who were not first‐born. 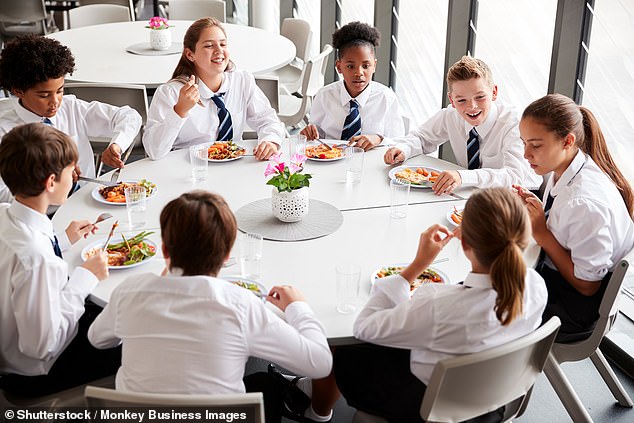 Researchers from the University of Roehampton and Bristol University worked with 800 volunteers who completed surveys about their weight and eating rates. Stock image

Adults with no siblings reported eating slower than adults who were not first‐born and a higher number of siblings was associated with faster eating rate in children from Bristol, but not in children from London.

London adults without siblings ate slower than those with two or more siblings, but having one sibling was associated with eating faster than having two or more.

‘Guidance for preventing obesity in both children and adults needs to be revised to take into consideration not only the types, quality and quantity of foods consumed, but also the eating rate,’ explained Gibson.

‘By slowing down and taking longer to eat our meals, we can keep our waistlines and BMIs in check.”

The findings from this study have been published in the journal Clinical Obesity.