House-hunters with English or French accents get better customer service than those with an Eastern European or African twang, study finds

People with English and French accents receive preferential customer service than those with an Eastern European or African twang, a study has found.

First-time house buyers with a range of accents in Sheffield were asked to rate the service they received from estate agents.

It revealed what researchers call ‘a level of unconscious bias’ in how British people deal with customers depending on their voice. 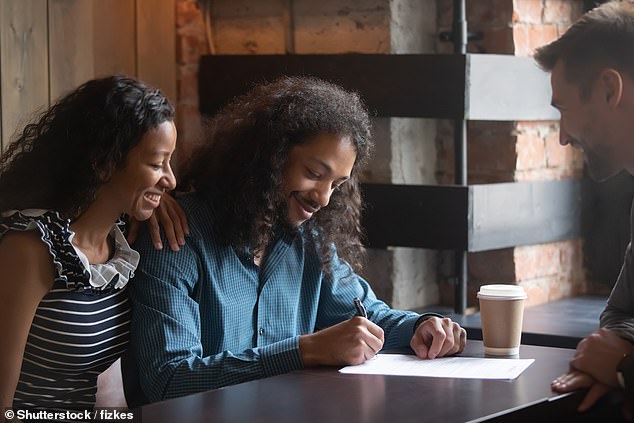 People with English and French accents receive preferential customer service than those with an Eastern European or African twang, a study has found (stock)

Researchers from the University of Sheffield’s School of Languages and Cultures said there analysed more than 300 phone calls between agents and buyers.

Women with Romanian names and accents were given the worst level of customer service, according to the study.

All of the prospective homeowners in the study were women in their late twenties and had names and accents that appeared to be either from Britain or from countries in central and eastern Europe, the Middle East and Africa.

The volunteers gave only their names to estate agents when inquiring about buying a house for the first time.

Researchers found that a good level of customer service was given to most of the participants and there was little evidence of overt discrimination.

Managers who think gender bias no longer exists in the workplace are more likely to value male employees over women and give them higher wages, a study found.

Experts from Exeter University conducted an experiment where managers in a profession with a high proportion of women employees were asked to evaluate fake workers.

Despite the only difference between reviews being the gender of the employee, the researchers found that managers still rated the male workers more highly.

However, they did find that estate agents were friendlier to women with names and accents that appear to be from Britain or France.

They said they engaged in more social conversations and displayed more signs of empathy and solidarity compared to conversations with women who had different accents.

Nicole Baumgarten, lecturer in translation and intercultural communication studies, said: ‘Our research has found that not everyone is getting the same treatment when they’re taking this significant step in their lives, particularly those from minority backgrounds.

‘For example, when speaking to someone who they thought were British or French, the estate agents would typically engage in more informal social conversations such as asking them about their day, where they work, making jokes, or saying things which showed they empathised with the process of trying to buy a first home.

‘When speaking to someone who they thought were from a different country, the estate agents tended to remain more reserved and avoided more social conversations.’

Dr Baumgarten said her team did find an example of estate agents becoming friendlier towards a woman from Romania once she told them she worked as a nurse in the NHS, ‘a job that I think most people associate with being honest, reliable, trustworthy and see as a valued member of society’.

The research, which was funded by the British Academy, is published in Journal of Language and Discrimination.

accents, english, ge, people, With
You may also like: