Pet dogs get bored of life at three years old

Your dog has a mid-life crisis too! Pet pooches get bored of life and less excited by new experiences when they hit middle age, study finds

Dogs, much like humans, become jaded by the time they reach middle age and lose interest in new experiences and activities, a study has found.

Researchers from Eötvös Loránd University in Budapest put 217 Border collies —ranging in age from six months to 15 years — through various tests to determine their personalities.

They found that when a dog is around three years old, the canine equivalent of the start of middle age, their excitement and enjoyment for new situations dwindles. 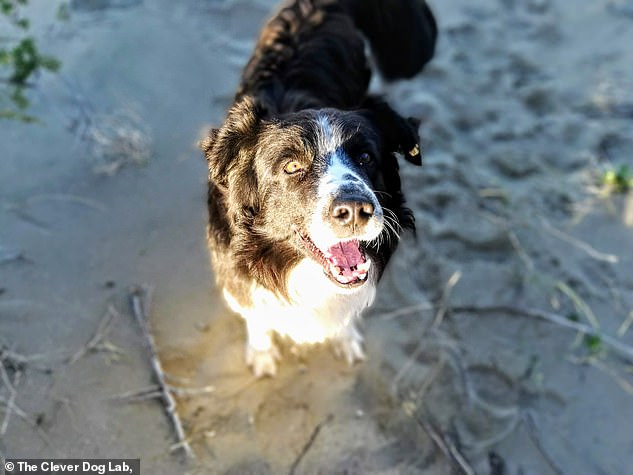 Dogs, like humans, become jaded by the time they reach middle age and lose their interest in new experiences and activities, a study has found

The study, published in the journal Scientific Reports, found the personality of dogs changes in a complex way over their lifetime.

While novelty seeking declines during middle age and into a dog’s twilight years, other traits have their own unique fluctuations.

For many dog owners, thunderstorms and bonfire night are chaotic events, marred by a barking pet pooch that whimpers relentlessly due to the loud noises.

Thunder and pyrotechnics both elicit a similar reaction in some dogs, and Finnish scientists looked into what leads to some dogs being more fearful than others.

They found that puppies that socialise with other dogs when they are growing up are less likely to be afraid of the commotion.

Data from the RSPCA shows almost half (45 per cent) of all dogs in the UK are scared of fireworks.

For example, dogs’ attentiveness and ability to solve problems increase throughout early life, and then plateau at around six years old.

However, some traits remain unaltered by age.

For example, naturally active dogs remain energetic throughout the years, while lazy pooches will always be lethargic.

And dogs never really learn to deal with adversity, the study found, because they get only marginally better at tolerating frustration with age.

The scientists add that a dog’s sociability remains constant throughout their life, so a shy puppy will not spontaneously turn into a gregarious character as it ages.

Of the original 217 dogs that took part in the study, 37 were brought back to do the same experiments four years later.

‘Longitudinal studies covering multiple years and using the same method at both time points are very rare in the dog literature,’ he said.

‘Following up the same dogs across four years allowed us to address not only the question of personality stability, but also if there are individual differences in personality development, that is, if dogs with certain personality profiles change more than others.’