Pine needles from old Christmas trees could be turned into FOOD

Abandoned Christmas trees could be saved from landfill and turned into products ranging from paint to artificial sweeteners, according to new research.

Festive evergreen plants bear hundreds of thousands of pine needles which take a long time to decompose compared to other tree leaves.

They emit huge quantities of greenhouse gases when they rot, which contribute to a country’s carbon footprint.

A new process developed at a UK university promises to put discarded decorations to better use, creating environmentally friendly alternatives to industrial chemicals. 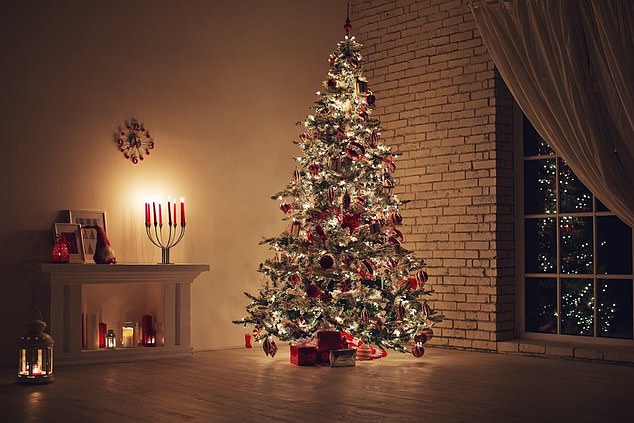 Abandoned Christmas trees could be saved from landfill and turned into products ranging from paint to artificial sweeteners, according to new research (stock image)

Cynthia Kartey, a PhD student from the University of Sheffield’s department of chemical and biological engineering, is behind the research.

She has found that useful products can be made from the chemicals extracted from pine needles when processed.

The major component, which comprises up to 85 per cent of pine needles, is a complex polymer known as lignocellulose.

The complexity of this polymer makes using pine needles as a product for biomass energy unattractive and useless to most industrial processes.

Ms Kartey said: ‘My research has been focused on the breakdown of this complex structure into simple, high-valued industrial chemical feedstocks such as sugars and phenolics, which are used in products like household cleaners and mouthwash.

‘Biorefineries would be able to use a relatively simple but unexplored process to break down the pine needles.’

With the aid of heat and solvents such as glycerol – which is cheap and environmentally friendly- the chemical structure of pine needles is broken down.

This creates a liquid product – dubbed bio-oil – and a solid by-product, called bio-char.

Glucose is used in the production of sweeteners for food and acetic acid for making paint, adhesives and even vinegar.

The process is sustainable and creates zero waste as the solid by-product can be useful in other industrial chemical processes.

Fresh trees and older, abandoned Christmas trees can both be used.

Ms Kartey added: ‘In the future, the tree that decorated your house over the festive period could be turned into paint to decorate your house once again.’ 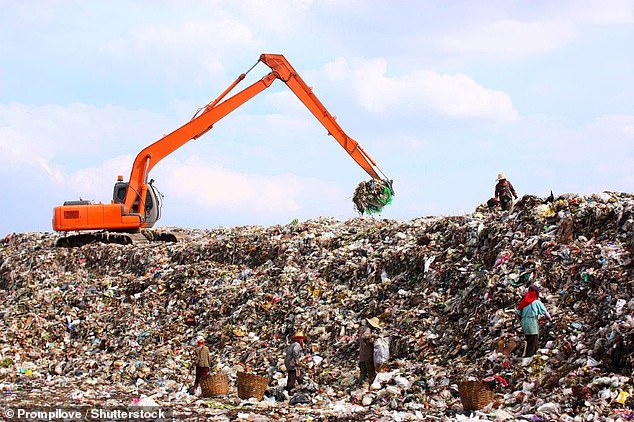 The UK uses as many as eight million natural Christmas trees during the festive period every year and sadly, about seven million trees end up in landfill.

If pine needles were collected after Christmas and processed in this way, the chemicals could be used to replace less sustainable chemicals currently used in industry.

This could lead to a decrease in the UK’s carbon footprint by reducing the UK’s dependence on imported artificial plastic-based Christmas trees and a reduction in the amount of biomass waste going to landfill.

Dr James McGregor, senior lecturer in the department of chemical and biological engineering, said: ‘The use of biomass – materials derived from plants – to produce fuels and chemicals currently manufactured from fossil resources will play a key role in the future global economy.

‘If we can utilise materials that would otherwise go to waste in such processes, thereby recycling them, then there are further benefits.

‘In our research group we are currently investigating the production of valuable products from a variety of organic wastes, including forestry sources, spent grain from the brewing industry and food waste; alongside investigating processes for the conversion on carbon dioxide into useful hydrocarbon compounds’

WHAT IS BIOFUEL AND HOW IS IT PRODUCED?

Biomass is fuel that is developed from organic materials, a renewable and sustainable source of energy used to create electricity or other forms of power.

Some examples of materials that make up biomass fuels are scrap lumber, forest debris, crops, manure and some types of waste residues.

With a constant supply of waste – from construction and demolition activities, to wood not used in papermaking, to municipal solid waste – green energy production can continue indefinitely.

Biomass is a renewable source of fuel to produce energy because waste residues will always exist – in terms of scrap wood, mill residuals and forest resources.

Biomass power is carbon neutral electricity generated from this renewable organic waste that would otherwise be dumped in landfills, openly burned, or left as fodder for forest fires.

When burned, the energy in biomass is released as heat. If you have a fireplace, you already are participating in the use of biomass as the wood you burn in it is a biomass fuel.

In biomass power plants, wood waste or other waste is burned to produce steam that runs a turbine to make electricity, or that provides heat to industries and homes.

Fortunately, new technologies – including pollution controls and combustion engineering – have advanced to the point that any emissions from burning biomass in industrial facilities are generally less than emissions produced when using fossil fuels like coal, natural gas and oil.

Christmas, needles, Old, Pine, Tre
You may also like: