The plastic that can be recycled INDEFINITELY without degrading

Scientists create a plastic that can be recycled INDEFINITELY without degrading

A new kind of plastic has been developed that can be recycled indefinitely.

Ordinary plastic cannot be recycled repeatedly, because it degrades when it is recycled over time.

Plastics are mechanically ground up and made into lower quality plastics.

For instance a clear plastic bottle, when reprocessed, has to be used as a lower grade of plastic, such as a carpet or a fleece.

And while biodegradable plastics have been developed, once they decompose, the chemical building blocks that make them up cannot be reused to make plastic. 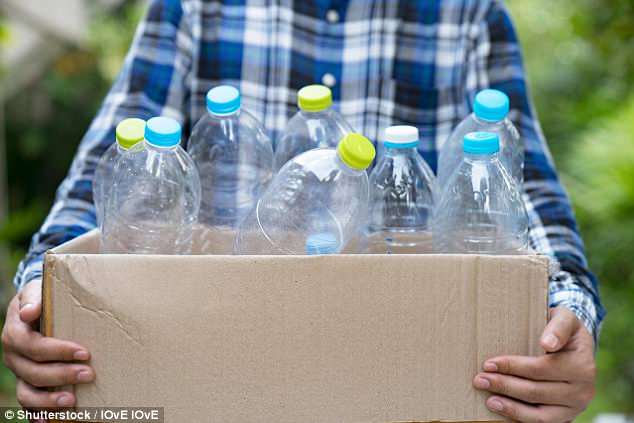 A new kind of plastic has been developed that can be recycled indefinitely. Ordinary plastic cannot be recycled repeatedly, because it degrades when it is recycled over time (stock image)

Worldwide the production of plastic has increased to the point where output is expected to exceed 500 million metric tons by 2050.

As most plastics are produced for single-use applications, these materials will persist in the environment for centuries.

So researchers from Colorado State University said it was a pressing need to develop a plastic that can be reused.

They have developed a chemical recycling method, which breaks the plastic down into its ‘building blocks’ that can then be purified and turned back into plastic.

Dr Jian-Bo Zhu and colleagues took an existing plastic and improved it.

They identified two catalysts that can break down this polymer into constituent monomers with great efficiency – at about 85 per cent – at which point the monomers can be reused. 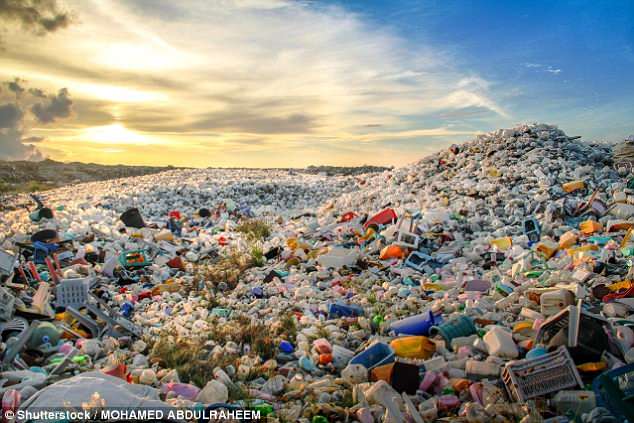 Rresearchers from Colorado State University developed a chemical recycling method, which breaks the plastic down into its ‘building blocks’ that can then be purified and turned back into plastic. They hope this will cut down on plastic waste (stock image)

Commenting on the research, Andrew Dove of the University of Birmingham said: ‘Studies such as that of Zhu et al., in which disposed plastics can be infinitely recycled without deleterious effects on their properties, can lead to a world in which plastics at the end of their life are not considered as waste but as raw materials to generate high-value products and virgin plastics.’

This is not the first time in recent days that a solution to the problem of recycling plastic has been proposed.

Last week, British researchers announced they had inadvertently created a plastic-digesting enzyme while conducting X-ray experiments on natural bacteria found in a Japanese recycling centre, causing it to mutate into a more powerful enzyme.

Tests showed that the lab-made mutant had a supercharged ability to break down polyethylene terephthalate (PET), one of the most popular forms of plastic employed by the food and drinks industry, and convert it into its original chemicals.

This could help reduce waste output and also tackle the use of crude oil in plastic manufacture.

HOW DAMAGING ARE PLASTIC BOTTLES?