In September, conservationists in Botswana discovered 87 dead elephants, their faces hacked off and tusks missing. Poaching, the researchers warned, was on the rise.

The news had international repercussions. Botswana had been one of the last great elephant refuges, largely spared the poaching crisis that has swept through much of Africa over the past decade.

The country is home to some 126,000 savanna elephants, about a third of Africa’s remaining population — plentiful enough that they are increasingly in conflict with villagers in the northern part of the country.

Following the announcement in September, Botswana’s ministry of the environment denied that there was a poaching crisis of any sort, and in May the government lifted a ban on trophy hunting that had been in place for five years, provoking worldwide condemnation.

Even some scientists wondered whether the illegal ivory trade really had found its way to Botswana. Now, the researchers have published data in the journal Current Biology that seems to confirm their initial findings.

Based on aerial surveys and field visits, the authors report that fresh elephant carcasses in Botswana increased by nearly 600 percent from 2014 to 2018.

Samuel Wasser, a conservation biologist at the University of Washington in Seattle who was not involved in the research, said that “there’s no question” about the authors’ findings.

“The work was exceptional in every way,” he said. “There were so many features they carefully and meticulously documented. And they also looked at alternative hypotheses, and none were supported by data.”

Such careful documentation of poaching is sorely needed across Africa, Dr. Wasser added: “This is an example of how to do it right, and hopefully others will learn from it.”

Reached by phone, Cyril Taolo, director of research at Botswana’s Department of Wildlife and National Parks, said that he and his colleagues “are still interrogating this paper and coming up with a response” to the concerns raised by the conservationists.

The survey was led by Michael Chase, founder and director of Elephants Without Borders, a nonprofit conservation organization based in Kasane, Botswana.

Squeezed into a fixed-wing Cessna, Dr. Chase and his colleagues crisscrossed 36,300 square miles of habitat, counting and photographing all living and dead elephants they spotted 300 feet below.

They recorded 156 carcasses they believed to be poached, clustered at five hot spots.

One criticism of the earlier report had been that an elephant’s cause of death is impossible to determine from the air. Scott Schlossberg, a data analyst at Elephants Without Borders and co-author of paper, disagreed: “When an elephant’s face has been chopped off, you can often see that from the plane.”

But to assuage such concerns, he and his colleagues used a helicopter to make field visits to 148 carcasses. About half were fresh, the rest at least a year old.

With close inspections, the researchers confirmed that recent carcasses were exclusively poached animals; roughly 80 percent of the older carcasses had been poached, as well. Older bulls accounted for all of the remains that the scientists were able to age, indicating that poachers, for now, are targeting individuals with the largest tusks. 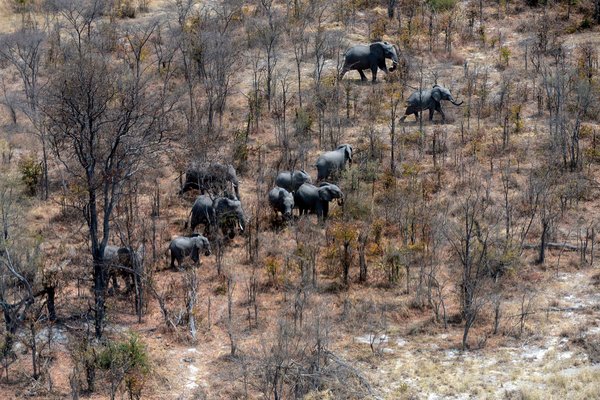 The findings revealed a 593 percent increase in the number of freshly killed carcasses, compared to survey results from 2014. Extrapolating the numbers, the researchers estimated that a minimum of 385 elephants had been poached in Botswana between 2017 and 2018.

“Those scientists and colleagues who cast doubt on our initial findings I hope now find that the science and evidence that we describe in our paper is indeed convincing,” Dr. Chase said.

The results of this “state of the art” study speak for themselves, putting to rest any doubt that Botswana has a poaching problem, said Keith Lindsay, a collaborating researcher at the Amboseli Trust for Elephants, a nonprofit research group in Kenya, who was not involved in the study.

“The few people who did speak against Mike’s original results were researchers who have a history working in Botswana and who want to be seen as supporting the government,” Dr. Lindsay said. “My own interpretation is that they wanted to support their future position in Botswana.”

While 400 elephants killed out of a population of 126,000 does not sound like a lot, the study authors warn that the situation could quickly escalate. Small increases in poaching — similar to the rates now being seen in Botswana — have preceded dramatic elephant declines in other places.

“Poaching doesn’t go away on its own,” Dr. Schlossberg said. “Based on scenarios from other countries, it starts small and gets bigger and bigger.”

From 2009 to 2014, Tanzania’s elephant population fell by 60 percent, while Mozambique’s Niassa National Reserve lost 78 percent of its elephants over the same period. The illegal trade in ivory is driven by nearly insatiable demand in China and elsewhere in Asia.

Conservationists have been warning for years that poaching would eventually reach Botswana, said Mary Rice, executive director of the Environmental Investigation Agency, a nonprofit group in London that has worked to combat illegal ivory trade for decades.

“My feeling is that this has been a long time coming and that Botswana is still not taking the information seriously,” she said. “A country won’t be judged by the fact that it has a poaching problem, but it will be judged by how it responds to the problem.”

At the end of June, poachers killed at least three more elephants with poison, the government confirmed. More than 500 endangered vultures that fed off the carcasses also died — the largest mass poisoning of vultures in Africa, Dr. Chase said.

Arrest records and seizure data indicate that poachers behind the recent elephant killings in Botswana mostly originate from Zambia. But while organized criminal networks may be established outside Botswana, Ms. Rice pointed out, poachers cannot operate in isolation.

For rural villagers in Botswana, the temptation may be rising. Unsafe conditions in neighboring countries have caused elephants to gather in the north, increasing conflict and breeding animosity, said Neil Fitt, an independent conservation consultant in Botswana.

Recently, he said, three Botswanans were killed by elephants in one week.

“I’m not saying that poaching is O.K., but whilst we have these problems, it is difficult to get the communities on board to assist in protecting wildlife,” Mr. Fitt said. “Addressing poverty and unemployment in the rural areas would go a long way in protecting our wildlife.” 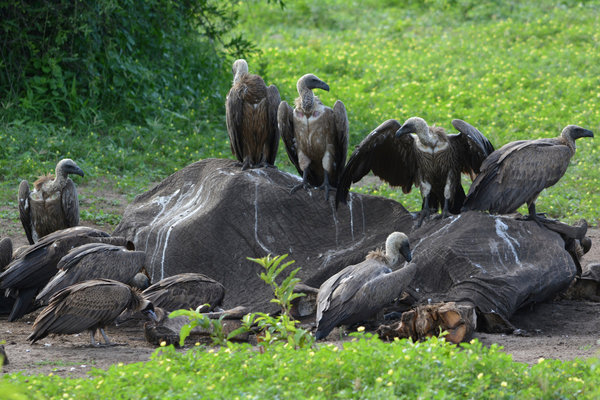 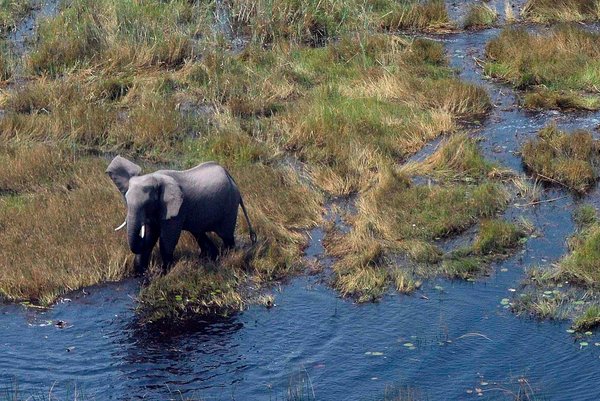 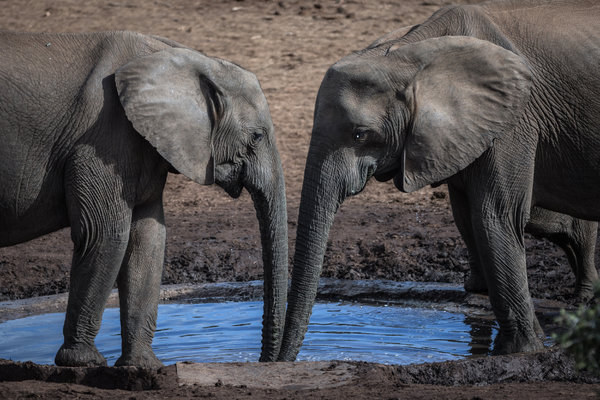 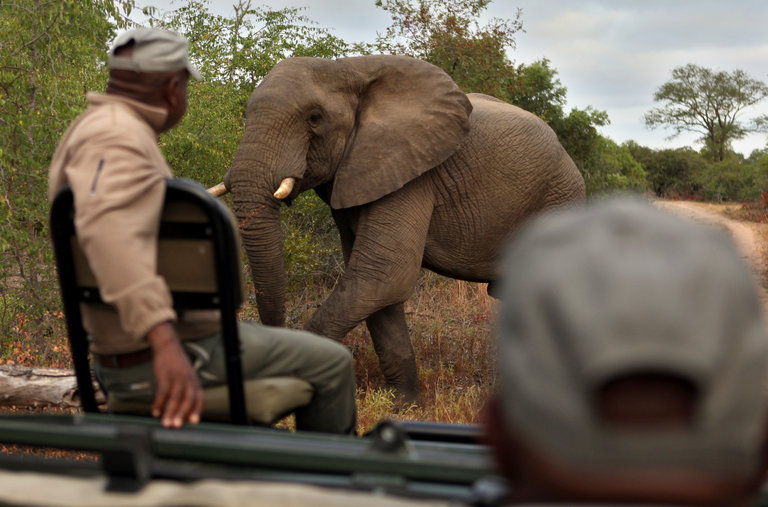 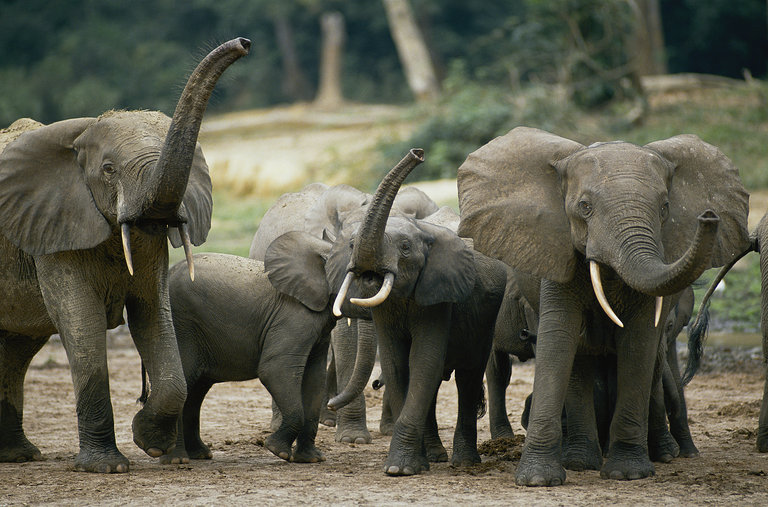