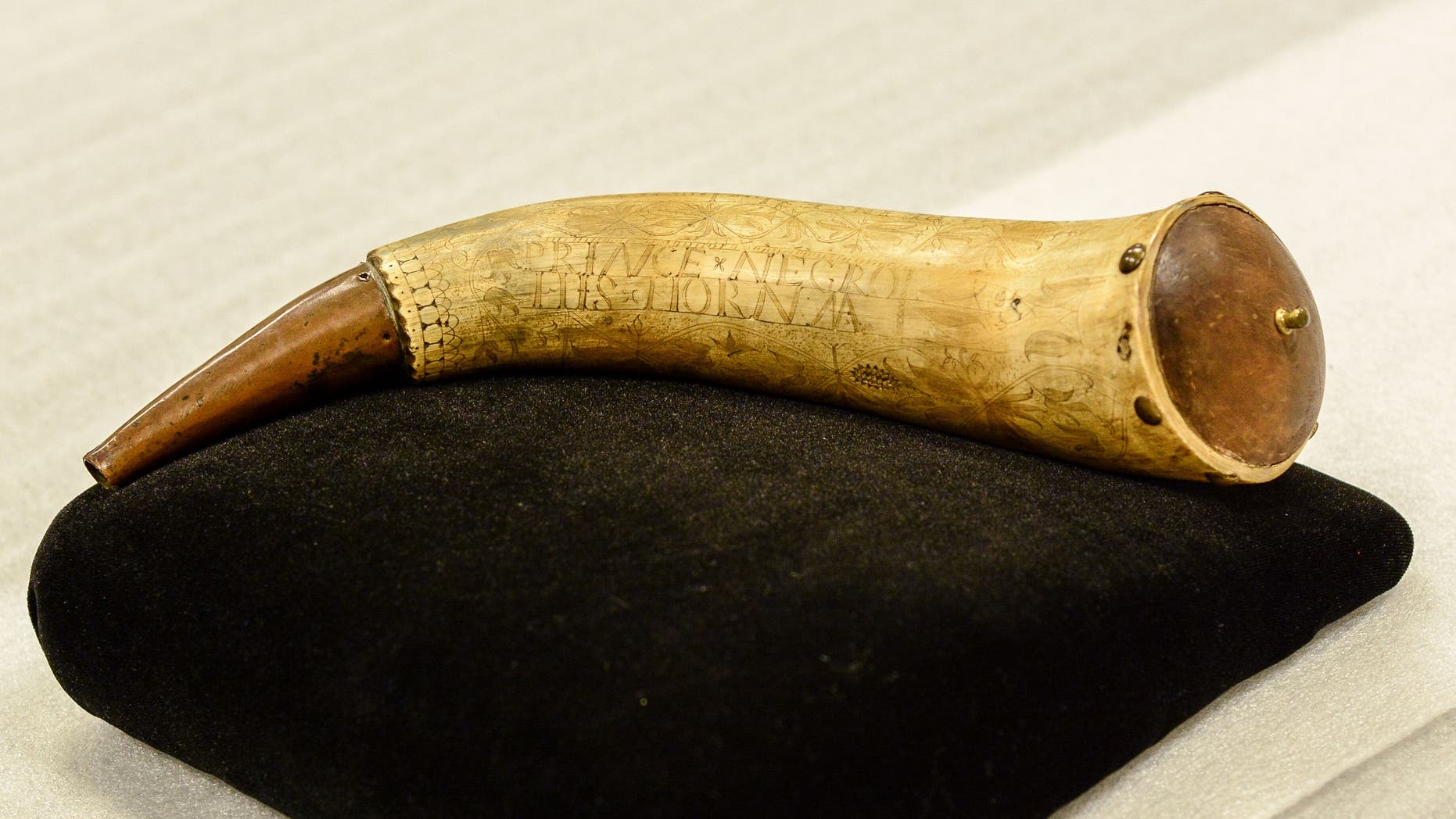 A rare powder horn that belonged to an African American soldier killed in the Revolutionary War has gone on display in Philadelphia.

The elaborately carved cow’s horn belonged to Gershom Prince, who served as an aide to Captain Durkee of the 4th Connecticut Regiment during the French and Indian War and the Revolutionary War.

The horn, which was used to store gunpowder, is carved with Prince’s name and images that include trees and forts. The artifact will be on display at the Museum of the American Revolution through the end of 2019.

Prince, who experts believe was likely a free man, survived the battles of Germantown and Brandywine as well as the harsh winter encampment at Valley Forge. He was killed on July 3, 1778, in an attack by Iroquois and Loyalists on the Wyoming Valley, Pennsylvania. The powder horn was taken from the dead soldier’s body. 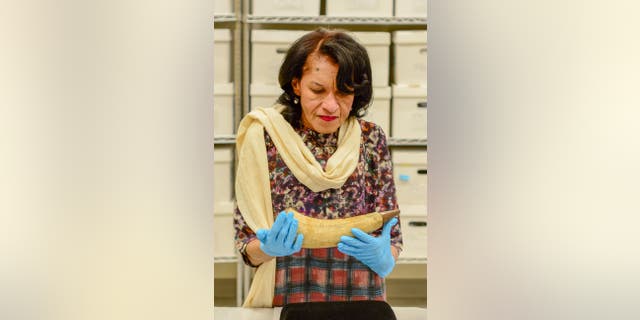 Denise Dennis and the powder horn. (Museum of the American Revolution)

“Very few powder horns of Black Revolutionary War soldiers survive,” said Dr. Philip Mead, chief historian and director of curatorial affairs for the Museum, in a statement. “This one is probably the only surviving powder horn of a Black soldier who was killed in action. It is a moving testament to the contributions of African Americans to the freedom of this nation at its inception.”

Prince’s is the final name on a monument erected on the site of the Battle of Wyoming. “The last name listed under the rank ‘Privates’ is ‘Gershom Prince, colored’,” explains the Museum, in its statement. 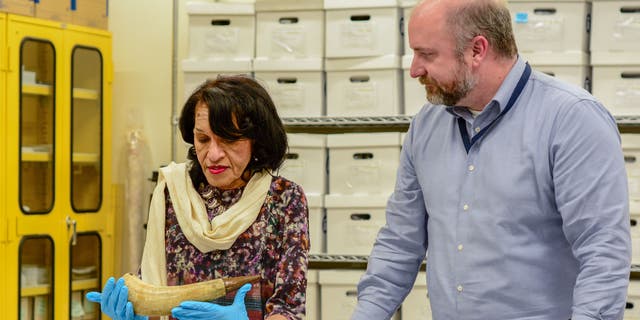 “Knowing stories like those of Gershom Prince and other African American Revolutionary War patriots benefits all Americans by reminding us of our shared heritage,” said Prince’s descendant Denise Dennis, in the statement. “Their stories tell Americans that even during a time when most Black people were held in slavery, there were African American sons of liberty who fought for the nation’s independence as well as for their own freedom and that of their enslaved brethren.”

Powder horns offer a fascinating glimpse into America’s past. An 18th-century gunpowder container made from an oxen horn was recently returned to the Detroit-area museum it was stolen from more than 60 years ago.

The horn, which was made in 1757, was used in the French and Indian War, the Revolutionary War and the War of 1812.

belonged, horn, powder, rare, That
You may also like:

Seeing something disgusting 'really does make your stomach turn'