Red Sea releases 220,000 tons of harmful hydrocarbon gases into the atmosphere every year – more than the human pollution produced by the UAE, Kuwait or Turkey

The Red Sea releases 220,000 tons of harmful hydrocarbon gases into the atmosphere every year – more than human pollution produced by the UAE or Turkey

Reservoirs of ethane and propane gases buried under the sea are rising up and leaking into the atmosphere, the study by the Max Planck Institute found.

The gases are seeping up from hydrocarbon deposits in the Gulfs of Suez and Aquaba, then mixing with fumes from shipping traffic in the region.

The ships release high levels of nitrogen oxides which mix with the ethane and propane to produce ozone chemicals that are harmful to human health.

The researchers say that, with ship traffic through the Red Sea and Suez Canal expected to continue to increase, regional air quality will deteriorate significantly. 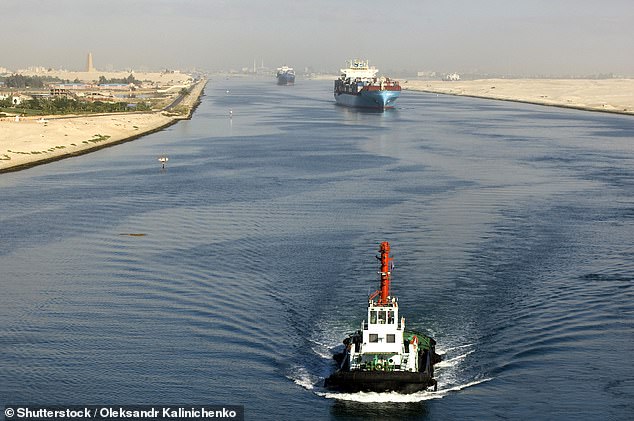 The Red Sea is releasing 220,000 tons of polluting hydrocarbon gases every year – more than the United Arab Emirates, Kuwait or Turkey, a new report claims

A 2017 direct study of the atmosphere above the northern Red Sea found a concentration of those chemicals 40 times greater than predicted by scientists.

Very little research had been done into the chemistry in the atmosphere above the Red Sea until the 2017 expedition.

Efstratios Bourtsoukidis, an environmental physicist at the German institute analysed every possible source of higher than expected emissions.

They included traffic, agriculture, biomass burning, power generation and oil production – but couldn’t link the levels of gases to any of those sources.

‘Because there was no previous data from this region, we had to run numerous calculations in order to find the source,’ said Bourtsoukidis.

‘In the end we came to an unexpected conclusion: the high concentrations of the observed atmospheric ethane and propane originate from the bottom of the northern Red Sea,’ he said.

Bourtsoukidis said that the underwater emissions wouldn’t have had an impact on air quality in pre-industrial times due to no marine traffic pumping nitrogen oxides.

‘These gases interact with the ethane and propane and result in the production of tropospheric ozone and peroxyacetyl nitrates.

‘Both of these elements are very harmful to human health,’ said Bourtsoukidis.

The underwater gas sources came from direct fluid seepage from hydrocarbon reservoirs deposited above offshore rocks, bottom-trapped density outflows from the Gulfs of Suez and Aqaba and direct emissions from some brine pools.

He said these hydrocarbons are then transported to the surface by water currents and eventually released to the atmosphere. 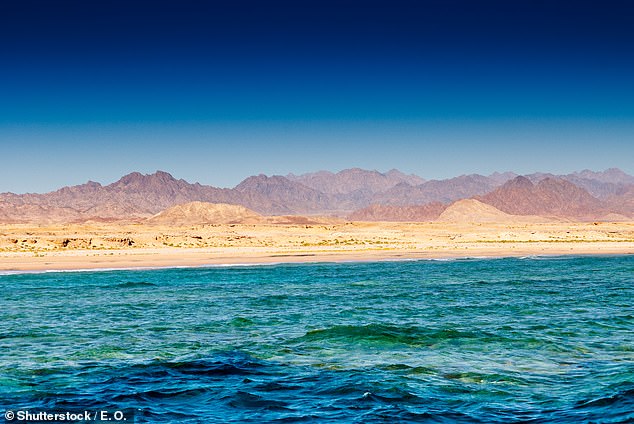 ‘The amount of the released gases is exceptionally high and comparable to the total anthropogenic emissions from entire Middle Eastern countries such as Iraq, United Arabic Emirates and Kuwait,’ said Bourtsoukidis.

The measurements took place in the summer and because of the way deep-water circulation works, the emissions in the winter would likely be higher, the team claim.

They say with increasing shipping levels in the region, the impact of the underwater gases is only going to increase.

‘In the coming decades, ship traffic through the Red Sea and Suez Canal is expected to continue to increase strongly, with a concomitant rise in nitrogen oxide emissions.’

‘Such increase will amplify the role of this source, leading to significant deterioration of the regional air quality.’

The study findings have been published in the journal Nature Communications.