Follow
Home » Science » Remains of a mastodon that dates back 10,000 found in Colombia

Remains of a prehistoric mastodon that dates back 10,000 years are discovered by gold miners in Colombia – including an intact tusk that’s 3.5 feet long

Fossils of a mastodon, a giant prehistoric ancestor of the modern-day elephant, have been discovered in a gold mine in central Colombia.

Miners working in a tunnel near the town of Quinchia, in the central-west province of Risaralda, discovered the remains including an intact tusk measuring more than three feet long.

While mastodon fossils have been found in other parts of Colombia, these are the first found in Risaralda and could mean more discoveries are awaiting nearby.

‘More [remains] could be found,’ Julio Gomez, director of Risaralda’s regional environmental authority, told Reuters. ‘These animals lived in herds, they didn’t live alone, a little like the herds of elephants we see in Africa today.’

Mastodons have traditionally been thought to have gone extinct because of overhunting by early humans, but more recent analysis suggests they may have succumbed to rapid climate change.

Fossil remains of a mastodon found by miners inside a gold mine in Risaralda, Colombia. While mastodon fossils have been found in other parts of the country, these are the first in Risaralda and could mean more discoveries are awaiting nearby

Mastodon remains have also been found in Cundinamarca and Valle del Cauca provinces, as well as along Colombia’s Atlantic coast,

The miners in Quinchia called in anthropologists to examine the fossils, which included an intact tusk measuring 3.5 feet in length.

‘These animals attract attention due to their large size – a giant bone doesn’t go unnoticed,’ anthropologist Carlos Lopez told Reuters. ‘It really takes us in a time machine … to think about what they were like and how they lived, and if humans lived alongside them,’

It’s the latest discovery about the massive mammals in recent weeks. 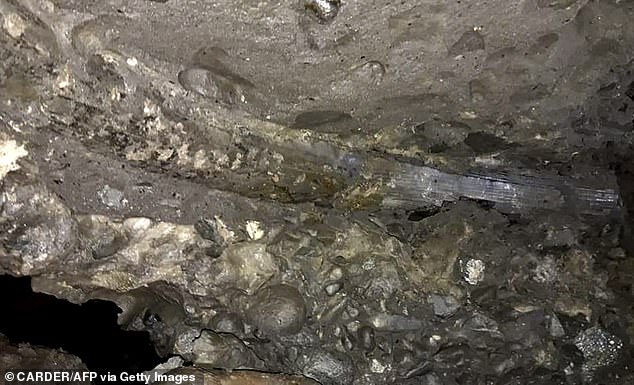 A complete mammoth tusk measuring 3.5 feet long was among the fossils found by the miners 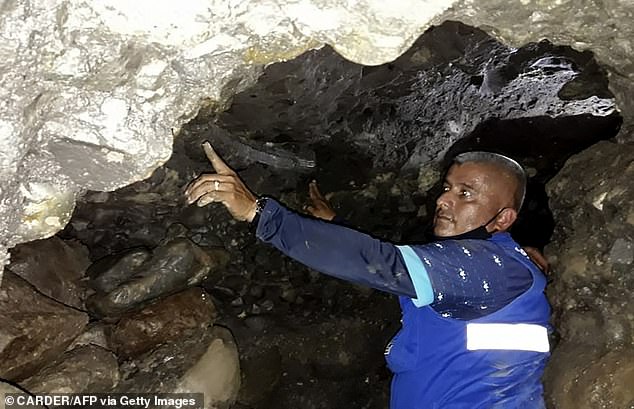 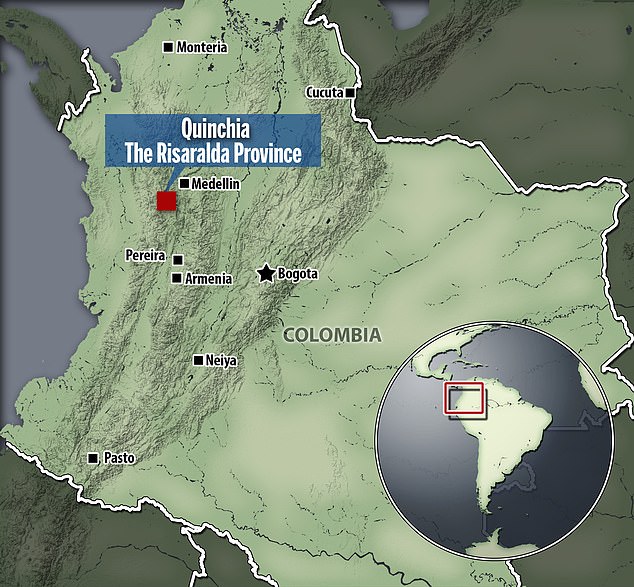 Miners working in a tunnel near the town of Quinchia, in the central-west province of Risaralda, discovered the remains on Tuesday

On August 29, a Missouri teen reported uncovering a fossilized mastodon tooth the size of a human hand.

At first, 18-year-old Ira Johnson thought he had found a ‘big rock’ in the river near his home.

Researchers analyzing the remains say it belonged to an American mastodon that lived during the Pleistocene Epoch some 10,000 years ago.

A study in the September issue of the journal  Nature Communications indicated Mastodons traveled north across great distances because of climate change. 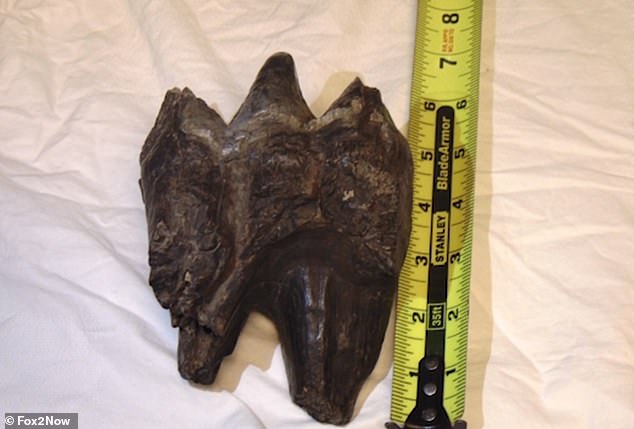 A mastodon tooth as large as a human hand was discovered in Missouri in late August. At first, 18-year-old Ira Johnson thought he had found a ‘big rock’ in the river near his home

During the more temperate periods, mastodons headed north to feed on vegetation.

But as temperatures got colder and large glaciers started to spread down from the top of the continent, the creatures retreated back down south.

This was a continuous cycle during the erratic cold spells of the Pleistocene period, which spanned from 2.5 million to 11,700 years ago.

Mastodons were among the largest land animals on Earth at the time, reaching lengths of 10 feet and weighing 8 tonnes or more. 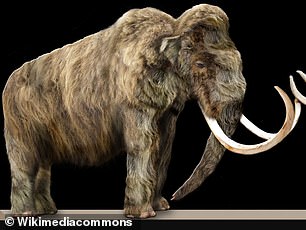 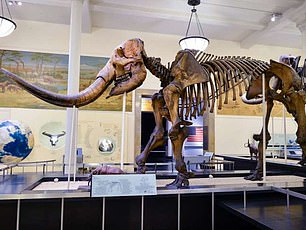 The species went extinct about 11,000 years ago, around the end of the Pleistocene Era, along with other megafauna like mammoths, saber-toothed cats and giant ground sloths.

While it has traditionally been thought that mastodons roamed the Arctic and Subarctic when it was covered with ice caps, scientists now believe the animals had a much wider range and only traveled north when the climate was warm and their preferred habitat – forests and wetlands – were abundant with leafy food.

A 2014 study in the journal Proceedings of the National Academy of Sciences indicated mastodons suffered local extinction several tens of millennia before human colonization, the earliest estimate of which is between 13,000 and 14,000 years ago.

WHY DID THE MASTODON GO EXTINCT?

Radiocarbon dating of North American fossils suggests mastodons died out before humans could hunt them to extinction.

Humans have long been blamed for hunting the American mastodon – an ancient relative of the elephant – to extinction.

Experts are still not certain why the animals died out, but now think that changing habitats from forests to tundra could have played a role.

Arctic and Subarctic were only temporary homes to mastodons when the climate was warm, according to the new international study

But new data suggests that mastodons became extinct in pockets of eastern Beringia around 75,000 years ago, following a habitat change from forest to tundra.

Mastodons occupied high latitudes between 125,000 and 75,000 years ago when it was covered with forests.

But ecological changes led to habitat loss and population collapse.

After this, mastodons were limited to areas south of the continental ice sheets where they suffered complete extinction over 10,000 years before the first humans crossed the Bering Strait – or the onset of Pleistocene climate changes.

The study says that local extinction of mastodons were ‘independent; of their later extinction south of the ice.

a, Dat, Mastodon, of, remains, That
You may also like: