Remains of US Revolutionary War frigate discovered off UK coast 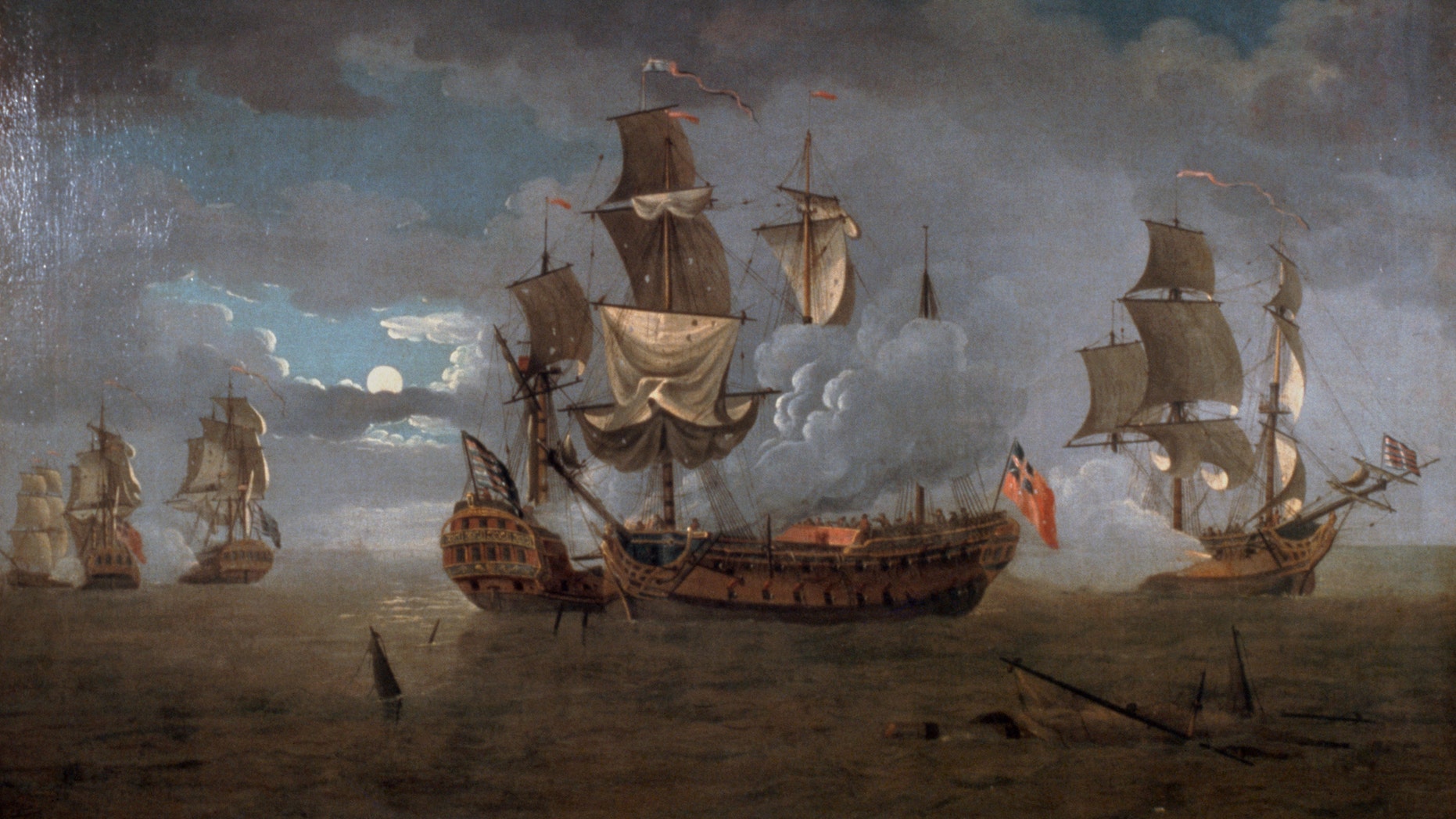 The remains of the famous Revolutionary War frigate USS Bonhomme Richard have been discovered off the coast of the U.K., more than 200 years after it sank following a naval battle.

The BBC reports that the famous warship, which was commanded by John Paul Jones, was discovered by search experts Merlin Burrows. Pieces of the ship were found off the coastal town of Filey in Yorkshire.

Originally a merchant vessel named Duc de Duras, the ship was built in France and donated to the American cause by King Louis XVI in 1779. Renamed Bonhomme Richard to honor both countries (American Ambassador to France Benjamin Franklin was the author of “Poor Richard’s Almanac”), the ship was commanded by John Paul Jones, who is regarded as the father of the U.S. Navy.

Bonhomme Richard famously defeated British frigate HMS Serapis in the Battle of Flamborough Head off the U.K. coast on Sept. 23, 1779. “Victorious, John Paul Jones commandeered Serapis and sailed her to Holland for repairs,” explains the U.S. Navy, on its website. “This epic battle was the American Navy's first-ever defeat of an English ship in English waters!” it adds. 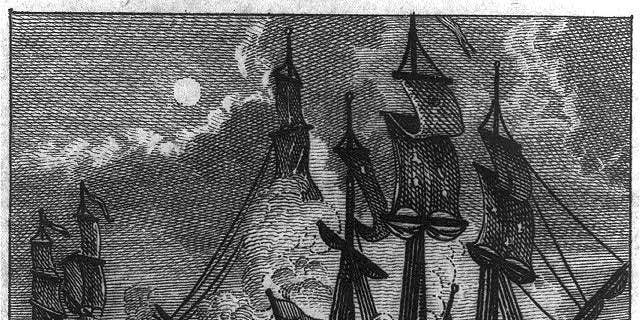 Illustration of the battle between USS Bonhomme Richard and HMS Serapis, from "Memoirs de Paul Jones." (Library of Congress)

The clash is also immortalized in a famous quote from Jones. During the closing stages of the battle, Bonhomme Richard’s mast was hit above the top-sail, sending a large section of the mast and the ship’s Colors crashing to the deck near Jones’s feet. “Serapis called out, ‘Have you struck your Colors?’ Resoundingly, John Paul Jones exclaimed, ‘Struck Sir? I have not yet begun to fight!’," according to U.S. Navy. “With newfound will, his crew delivered decisive blows from all sides and aloft. Jones' sent 40 Marines and Sailors into the rigging with grenades and muskets.”

Despite defeating HMS Serapis, Bonhomme Richard suffered extensive damage during the battle and sank on Sept. 24, 1779.

The location of the wreck has long been a mystery, with the Yorkshire Post reporting that the site was thought to be six miles out to sea. However, the newly-found remains are said to be visible from nearby cliffs and “walkable from the beach.” 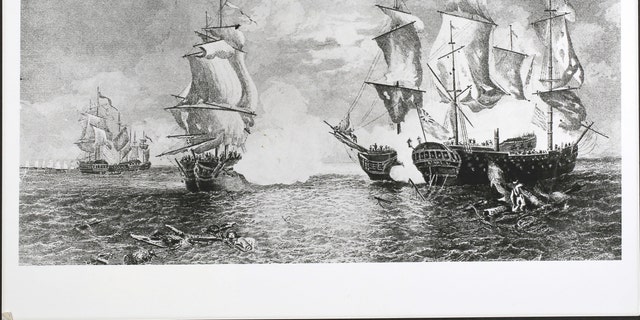 A depiction of the battle between USS Bonhomme Richard and the British frigate HMS Serapis.
(Photo by Hulton Archive/Getty Images)

The discovery has caused excitement on social media.

Revolutionary War shipwrecks continue to be a source of fascination for historians. Earlier this year, for example, a Nor’easter uncovered the remains of a Revolutionary War-era ship on a beach in Maine.

In 2015, a Revolutionary War-era ship was unearthed at a construction site in Alexandria, Virginia. 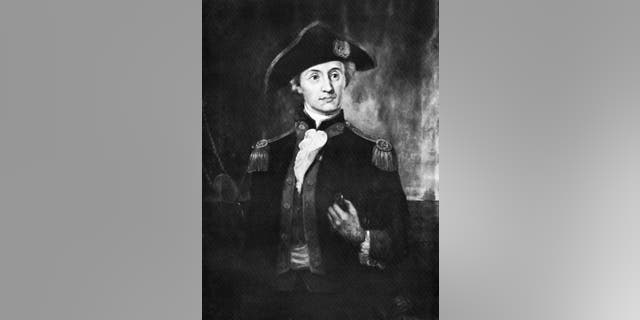 A 22-gun British warship that sank during the American Revolution regarded as one of the "Holy Grail" shipwrecks in the Great Lakes was discovered at the bottom of Lake Ontario in 2008.

of, remains, Revolutionary, Us, Wa
You may also like: