Are chimps the key to understanding human mental illness? Researchers find personality traits are linked to size of one structure in the brain

Researchers have uncovered new clues on the relationship between a chimp’s personality and the structure of the brain.

Chimps’ personalities, like those among humans, form in response to genetic and neural factors.

A new study has found that individual traits are linked to the size of a chimp’s hippocampus – a region that plays a key role in emotion and memory.

Experts say the new findings could help improve our understanding of personality structure in both humans and chimps, and how it relates to mental illness. 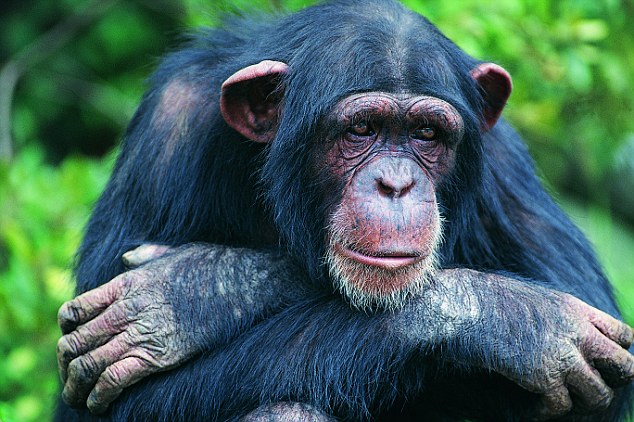 Researchers have uncovered new clues on the relationship between a chimp’s personality and the structure of the brain. Chimps’ personalities, like those among humans, form in response to genetic and neural factors

‘While individuals who meet diagnostic criteria for the same psychiatric disorders do not always experience the same symptoms, they do generally tend to share the same basic personality traits,’ said lead author Robert D. Latzman, associate professor in the Department of Psychology.

The team focused on two regions of the brain relating to emotion: the amygdala and the hippocampus.

‘Surprisingly we did not find an association between specific personality traits and the size of the amygdala, even though it has long been considered the emotional center of the brain,’ said Latzman.

‘One potential explanation is that the function of the amygdala may matter more than its structure with regards to personality.’

According to the researchers, a larger hippocampus was linked to increased ‘alpha’ behaviour, and lower self-regulatory functioning. 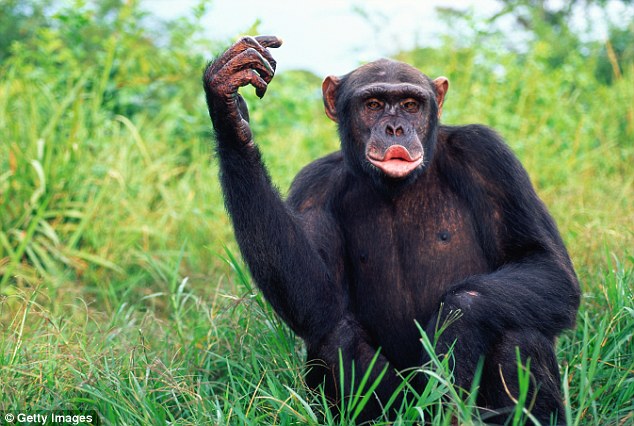 ARE CHIMPS OR CHILDREN MORE INTELLIGENT?

An experiment, the results of which were published in June, revealed most children surpass the intelligence levels of chimpanzees before they reach four years old.

The study, conducted by researchers at the University of Queensland’s School of Psychology, tested for foresight, which is said to distinguish humans from animals.

The researchers then monitored the reactions of a child and chimpanzee in their efforts to grab the grape at the other end, before it hit the floor.

But by four years of age, the children had to develop to a level where they knew how to forecast the outcome, and they covered the holes with both hands, catching whatever was dropped through every time.

‘This underscores the importance of the hippocampus not only in regulating emotion, but also in the neurobiological foundation of broader dispositional dimensions (such as an alpha disposition) and fine-grained personality traits (such as impulsivity).’

Similar phenomena have been observed in humans in the cases of certain mental health disorders, the expert says.

‘This kind of research could help scientists develop interventions that target the underlying dispositions associated with mental illness.’