Navy's Prince of Wales carrier limps back to shore after issues

The Russian ships were monitored by British and Irish defence forces last week as they made a u-turn manoeuvre in the Irish Sea. The ships had initially travelled northwards from the Mediterranean and were spotted off of Ireland’s south coast, on course for a return to Russia via either the Irish Sea or the English Channel, routes that are frequently used by vessels enjoying international waters passage rights. However, on Tuesday morning, the group reversed its direction and began to head south again.

Irish air and sea forces were mobilised to monitor the vessels, which the UK’s Royal Navy is also shadowing.

The group is comprised of at least two warships and a naval tanker.

The latest position shows the fleet still being followed by HMS Richmond of the southeast coast of Kent.

The Royal Navy are due to hand over the monitoring of the Russian fleet to HNLMS Rotterdam once the ships arrive nearer to Dutch waters.

The HNLMS Rotterdam is part of the Royal Netherlands Navy and is currently coasting in the North Sea awaiting the arrival of the Russian fleet. 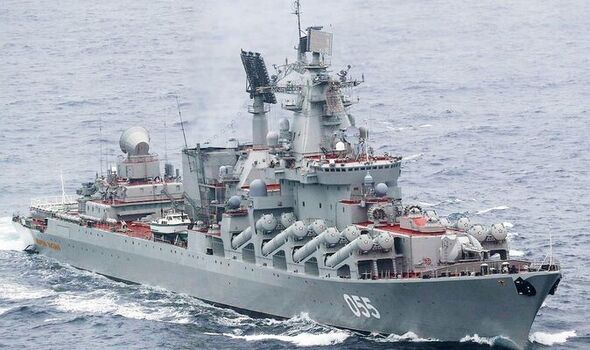 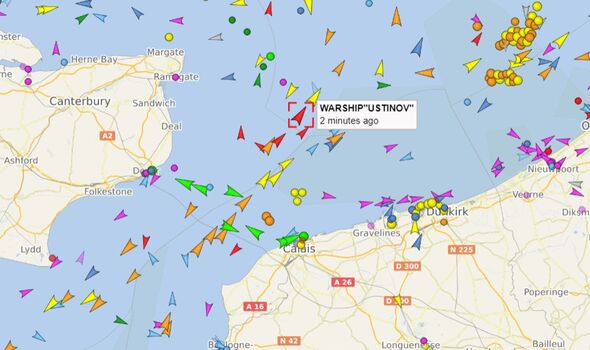 French warships are also monitoring the Russian vessels as they transition the busy waterway, with the Flamant also escorting along the way.

Tension has remained high on the seas since the Russian invasion of Ukraine, with British navy assets actively tracking and exposing Russian submarine and surface vessels.

Elsewhere, the Russian Navy has seen the US send surveillance jets to rush to monitor a Russian nuclear submarine in the Malta-Sicily channel in the Mediterranean Sea.

The attack or cruise missile submarine is believed to be operating in the area.

A P8 aircraft has been deployed to seek out the vessels.

According to Naval News, sources said: “It is unclear how long the submarine has been operating there.

“The most straightforward explanation is that it deployed there to replace the Slava class cruiser Marshal Ustinov which left the Mediterranean on August 24.

“While Ustinov is sailing provocatively between the United Kingdom and Ireland, the submarine may have slipped into the Med.

“In a sense, the cruiser is providing a distraction.” 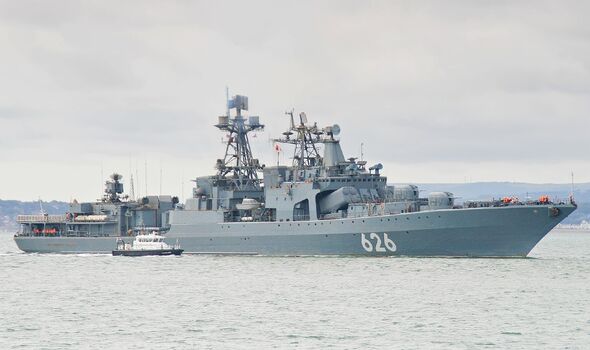 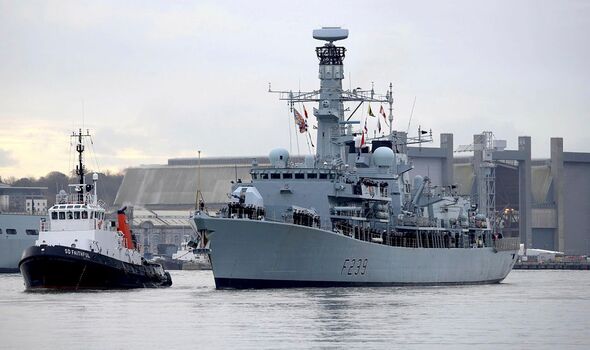 Italian newspaper La Repubblica said the submarine spent hours on Friday during which an intense activity of patrol aircraft of the US Navy followed, with two Boeing P8 jets focused on a small stretch of sea, flying over it in concentric circles in search of the submarine.

The submarine could be either of three general types: a nuclear-powered attack submarine (SSN); an Oscar-II class cruise missile submarine (SSGN), which is armed with 24 powerful Granit (SS-N-19 Shipwreck) supersonic anti-ship missiles; or one of the Russian Navy’s latest Severodvinsk-class SSGNs, which carry much more modern cruise missiles capable of both anti-ship and land-attack missions and are also quieter and considered more potent.

The deployment of Russian vessels in the Mediterranean is seen as an “outer defence” for Black Sea Operations. 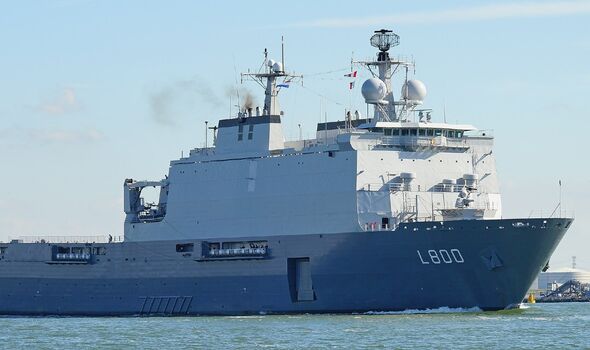 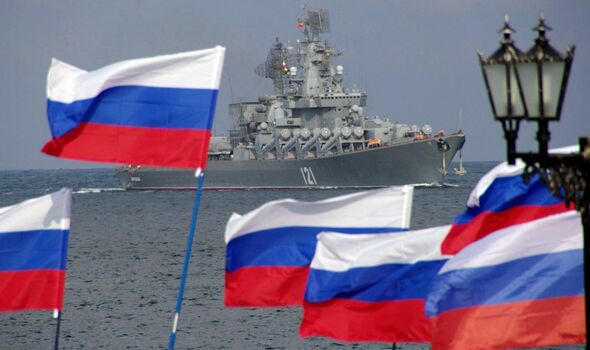 Since the start of the Russian-led invasion of Ukraine, 15 Russian ships have been destroyed or sent to the bottom of the sea.

Included in the list of sunk Russian vessels was the flagship destroyer the Moskva following reports two Ukrainian anti-ship missiles hit the ship.

Russian sources deny this saying a fire caused the ammo storage area to ignite and hence sank the ship as it attempted to limp back to a Russian-operated port.