Controversial plans from a Russian firm would see adverts run across the evening sky using hundreds of tiny orbiting satellites.

The ambitious marketing project would beam down luminous slogans and logos from 300 miles (480 kilometres) above the people it is targeting.

StartRocket is a budding company hoping to use Cubesats – briefcase sized spacecrafts – in low-Earth orbit and arranging them in a particular way based on the demands of the paying customer.

They would reflect light from the sun back towards Earth’s surface and therefore only be functional when light is available near Earth but not on the surface, such as at dawn and dusk.

Each satellite would have a huge reflective sail which would act as a single pixel within the display.

Not everyone is happy with the plans, however, with critics pointing out the problem of light pollution the scheme will generate.

This may even threaten astronomical research on the ground, it has been claimed. 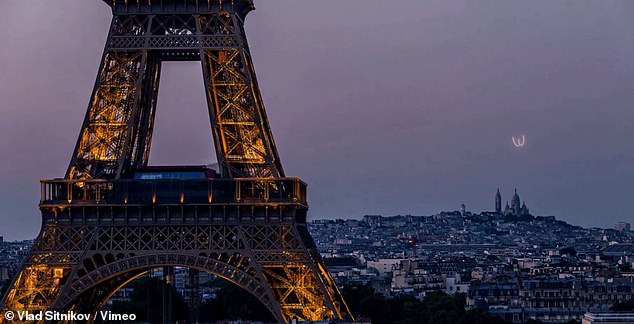 A Russian firm wants to to put adverts in the sky using hundreds of tiny orbiting satellites. The ambitious marketing project would beam down luminous signs and logos from space from 300 miles (480 kilometres) above the people it is targeting

The advert would theoretically be visible for a total of six minutes at a time and exist three or four times a day.

‘We are ruled by brands and events,’ project leader Vlad Sitnikov told Futurism.

‘The economy is the blood system of society. Entertainment and advertising are at its heart.

‘We will live in space, and humankind will start delivering its culture to space. The more professional and experienced pioneers will make it better for everyone.’ 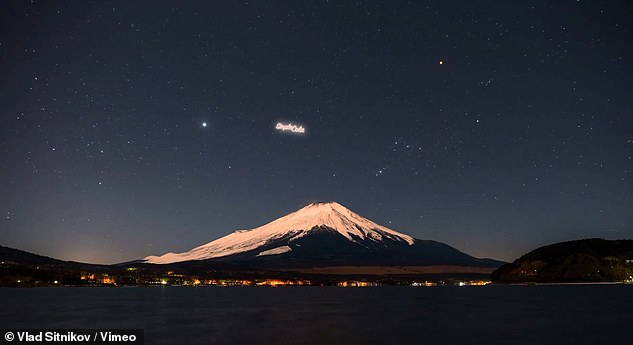 StartRocket is a budding company hoping to use Cubesats – briefcase sized spacecrafts – in low-Earth orbit which would be arranged in a particular way, depending on the demands of the paying advertiser

The theory has since caused a significant stir in the astronomical society with many outraged by the prospect of adverts in space.

‘It’s a threat to the ability to do astronomical research from the ground,’ astronomer John Barentine of the International Dark Sky Association told Astronomy.com.

‘Every one of those moving blips of light in the night sky is something that can interfere with our ability to collect photons from astronomical sources.’

Space entertainment, as it is being called, is a developing field with many individuals and companies looking to use space for profit.

A Japanese firm launched a satellite which sets the wheels in motion for artificial meteor showers.

China has also toyed with the concept of an artificial moon.

A cubesat is a miniature satellite that has been sent into space.

Nasa defines them as a class of nanosatellites that use a standard size and form factor.

They are often made of commercial off the shelf products and are a low-cost option for space exploration.

Cubesats have a variety of functions. The small satellites are intended for low Earth orbit (LEO) where they perform a number of scientific research functions and explore new space technologies.

They were originally developed to teach university students about satellites, CubeSats are now a major commercial technology, providing data on everything from shipping routes to environmental changes.