Satellite made of CORK designed to re-enter Earth's atmosphere intact

This week the European Space Agency will begin testing a new kind of spacecraft partially made from cork in the hopes of finding a safer way to re-enter the atmosphere.

Called ‘QubeSat for Aerothermodynamic Research and Measurements on Ablation,’ the vessel is made up of a series of cubes stacked on top of each other and measures around a foot in height.

The main shaft is made of titanium that’s coated with silicon carbide. 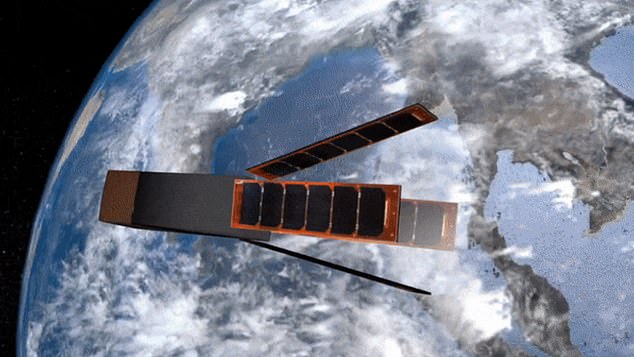 On Wednesday, the ESA will launch a small satellite from the ESA on a six month journey to re-enter the Earth’s atmospher

The satellite is powered by four thin solar panel strips that fan out behind it like a shuttlecock, according to a blog post on the ESA’s website.

The QubeSat originally reached the ISS on December 5th as part of the cargo carried by SpaceX’s Dragon capsule, and this Wednesday it will be launched on an orbit that will have it re-enter the Earth’s atmosphere within six months.

To help the QubeSat survive this process, ESA engineers designed it with w a cork nose, which they hope will protect it as slowly descends through the Earth’s atmosphere.

Atmospheric re-entry is a violent process and most smaller satellites don’t survive the trip.

With temperatures that can exceed several thousand degrees Celsius, a satellite the size of the QubeSat would likely have been blasted apart and burned upon re-entry but the ESA believes that using cork for its nose could help it survive the trip. 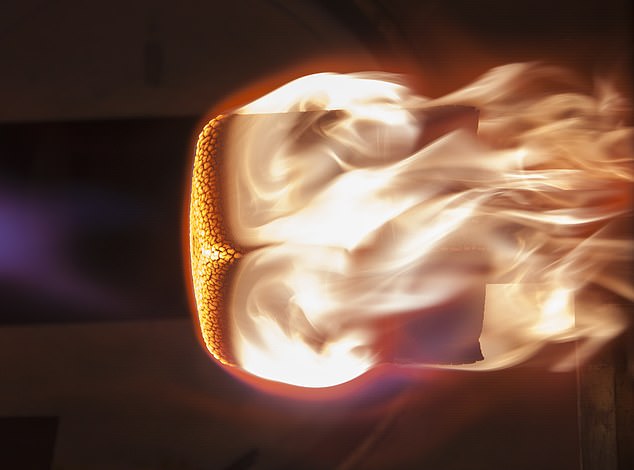 The satellite’s nose is made from specially treated cork, which ESA engineers hope will keep the satellite in tact during descent by directing all the heat toward the nose, where the cork will absorb it and burn it off 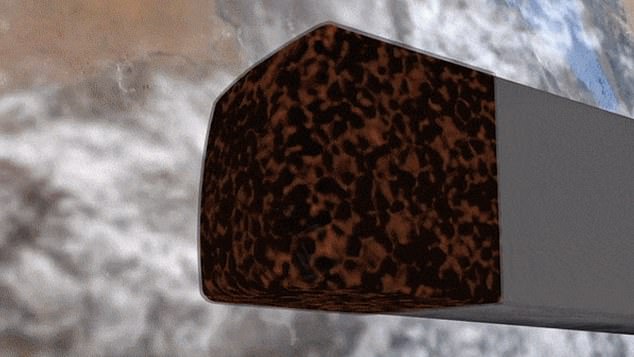 After burning, the satellite’s cork nose will be charred and then flake away while leaving the main body in tact–at least that’s the theory ESA’s engineers hope will play out

The cork is designed to carry unwanted heat away from the main satellite body as it descends through the atmosphere, with the material first swelling, then catching fire and becoming charred.

The charred cork flakes away while decreasing the amount of heat absorbed by the rest of the satellite, in a process called ablation.

This approach has been used to help larger capsules re-enter the atmosphere, but it’s rarely been attempted with a vessel as small as the QubeSat. 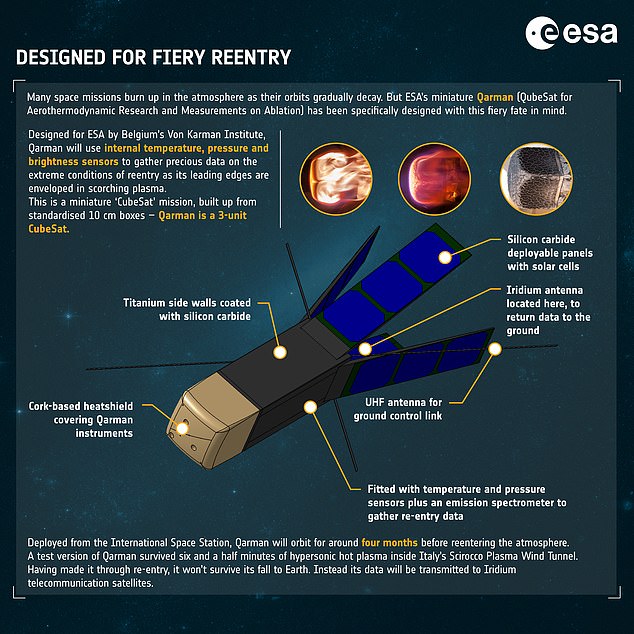 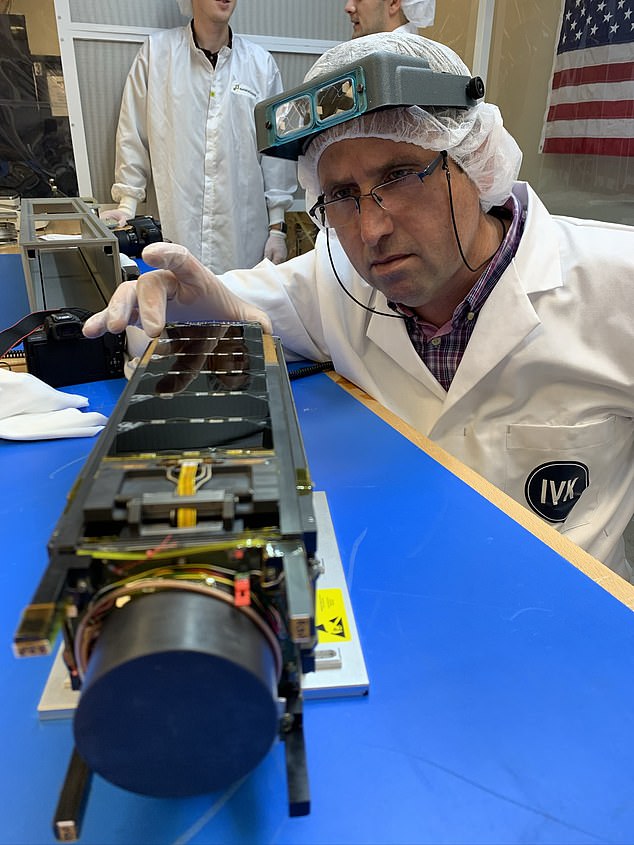 The ESA points out the cork being used isn’t the standard material you’d find on pinboards or stuck in champagne bottles.

It’s a custom mix created by Amorim, a Portugese compant that specializes in the industrial uses for the material.

WHAT IS THE INTERNATIONAL SPACE STATION? 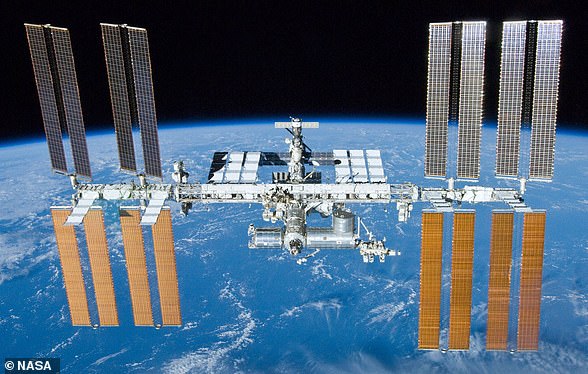 The International Space Station is an international centre of research with funding from Europe, Japan, the USA, Russia and others

Cork, Designe, made, of, satellite
You may also like: