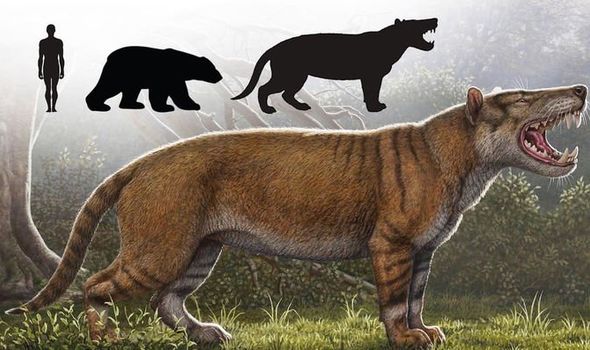 The 22-million-year-old apex predator named Simbakubwa kutoaafrika was been identified by US researchers after they stumbled upon fossils lurking in a drawer in the National Museum of Kenya. Nancy Stevens and Matthew Borths from Ohio University admitted they had been left stunned by the extraordinary discovery, initially consisting of the animal’s jawbone. Lead author Mr Borths told Cosmos Magazine: “We saw a row of gigantic meat-eating teeth, clearly belonging to a species new to science.”

They subsequently found parts of its skull, as well as other skeletal remains.

Even though the word Simbakubwa means “big lion” in Swahili, the creature was not in fact a species of big cat.

In fact it was not closely related to any living carnivore, but was rather belonged to a group known as hyaenodonts.

Hyaenodonts are thought to have evolved in Africa during the Paleocene era immediately after the extinction of the dinosaurs 66 million years ago, before spreading into Europe and Asia. 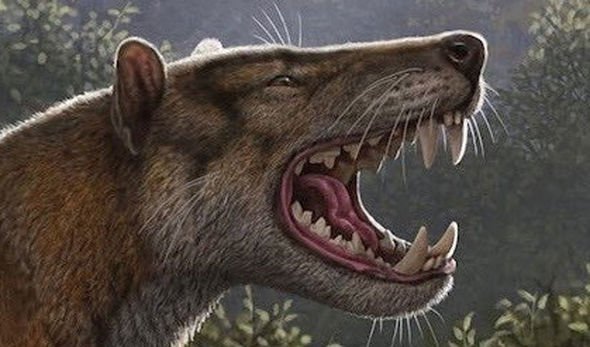 They were apex predators for an impressive 45 million years, before becoming extinct sometime between 18 million and 15 million years ago.

Estimates suggest the specimen which formed the basis of the study may have weighed as much as 1,308 kilograms, which if accurate would mean it was roughly double the weight of the polar bear (Ursus maritimus), the world’s largest predator.

Mr Borth added: “We don’t know exactly what drove hyaenodonts to extinction, but ecosystems were changing quickly as the global climate became drier.

“The gigantic relatives of Simbakubwa were among the last hyaenodonts on the planet.” 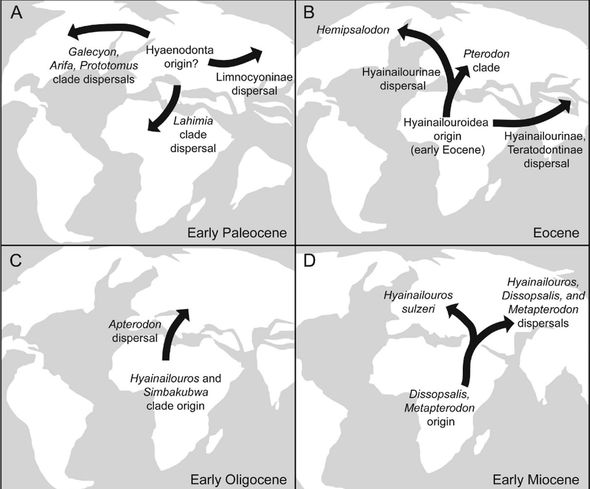 During the period in which they lived, hyaenodonts encountered the ancestors of today’s cats, dogs, and hyenas.

“Lineages that had never encountered each other begin to appear together in the fossil record.”

This is a pivotal fossil

She added: “This is a pivotal fossil, demonstrating the significance of museum collections for understanding evolutionary history.

“Simbakubwa is a window into a bygone era.”

As ecosystems shifted, a key predator disappeared, heralding Cenozoic faunal transitions that eventually led to the evolution of the modern African fauna.”

The startling discovery is outlined in the Journal of Vertebrate Paleontology.