Scientists create internet connected biodegradable PAPER, which can be used to collect data about moisture levels in soil without any toxic e-waste

Researchers in Japan have created a new kind of biodegradable, internet-connected piece of paper that’s just one millimeter thick.

Called nanopaper, the team believes it could change the way a wide variety of data is collected in nature.

The project was developed at Osaka University’s Institute of Scientific and Industrial Research (ISIR) by a team of scientists led by doctoral researcher Takaaki Kasuga. 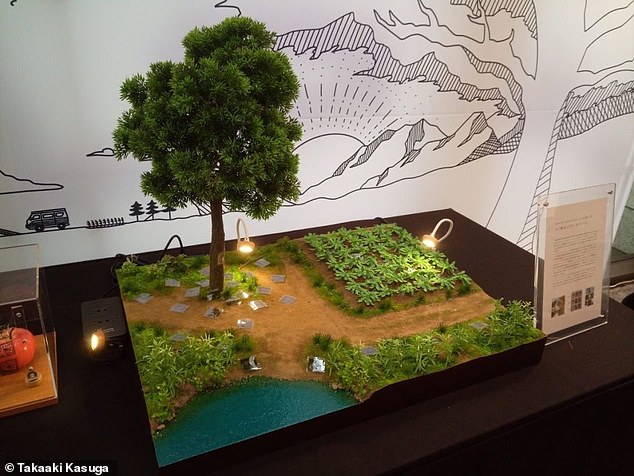 Researchers from Osaka University have developed a new addition to the Internet of Things, a thin sheet of biodegradable paper with a moisture sensor and an internet connection that allows it to take readings from farms and forests without any need to be retrieved

The nanopaper is just one-1,000th the thickness of pulp paper and it has a smooth surface that’s similar to plastic in texture, according to a report in The Asahi Shimbun.

In spite of its feel, the nanopaper is designed to be biodegradable and have a minimal impact on the environment and not require any expensive maintenance.

In tests, the nanopaper had degraded by around 95 percent after 40 days in the ground, and its metal parts had been covered in non-toxic rust.

The researchers embedded a small hygrometer into the nanopaper, which allows it to take readings on humidity and water vapor levels in the air or soil wherever it’s placed.

With a hygrometer, the paper could take readings about moisture levels for scientific study or help farmers with large properties keep track of which fields need to be watered. 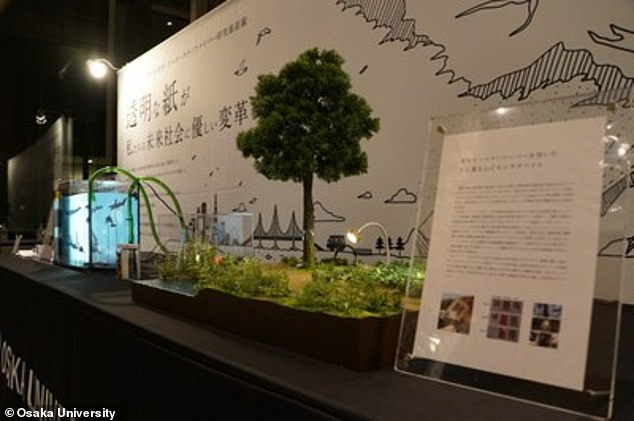 The paper is around one milimeter thick, and the team say dozens of them could be freely tossed out over large stretches of farmland to help indicate what areas need to be watered next

The hygrometer sends data to a small wireless sensor that can be used to transmit data online to other devices without needing immediate oversight.

It was consciously designed to be part of the Internet of Things (IoT), an online communication network that allows different items to communicate autonomously without humans.

The small size and lightweight form factor ensure that the nanopaper could be freely thrown on the ground anywhere a person wanted to gather data from, and with its biodegradable nature there would be no need to retrieve it again.

The team has been encouraged by early tests of its device and has plans to develop new versions that would allow it to take other types of readings.

One idea involves a built-in gas detector that could take readings from the mouth of volcanoes or other similarly dangerous or difficult to access areas.

WHEN WILL ROBOT FARMERS BE A REALITY?

Leading agricultural minds are working on developing robots to increase the efficiency of plant harvesting.

Harper Adams University in Shropshire are developing a robot that don’t harvest crops until they are perfect, eradicating wonky and inedible vegetable.

Farmers currently harvest fields all at once, in a practice known as slaughter harvesting.

But this method leads to up to 60 per cent of the crop being wasted, because it is either wonky or inedible.

Engineers are working on machines that can autonomously plant seeds, weed, water and spray without a farmer.

The robots can also be programmed to only pick crops where they are perfectly ripe.

Developer of the autonomous veg pickers, Professor Simon Blackmore, said: ‘I am trying to develop a completely new agricultural mechanisation system based on small smart machines.

‘We are developing laser weeding, droplet application where only 100 per cent of the chemical goes onto the target leaf, selective harvesting where we can grade the product at the point of harvest.’