Scientists discover details of vision vary from person to person

‘Fingerprint of misperception’: Scientists discover that two people looking at the exact same object may not see it in the same way

Two people looking at the exact same scene before them may perceive it differently as a result of a so-called ‘fingerprint of misperception’.

Researchers at the University of California Berkeley found natural variation in the inherent visual ability to pinpoint the exact location and size of objects.

A series of experiments on nine individuals found ‘dramatic differences’ in the ability to resolve fine details as well as discrepancies in judging location and size. 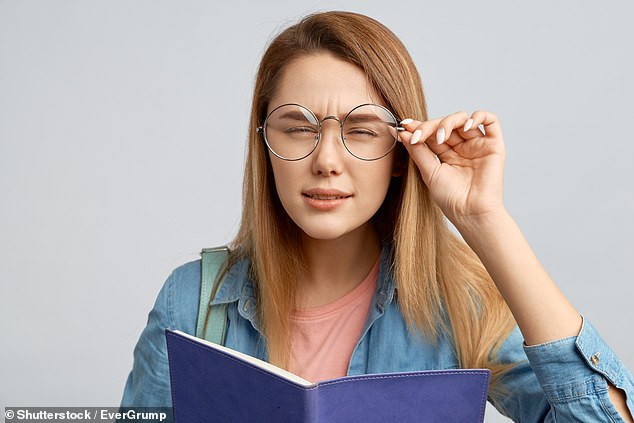 The differences are due to how the brain processes visual stimuli, the academics believe, but the exact neural network responsible for the variation remains unknown.

‘We assume our perception is a perfect reflection of the physical world around us, but this study shows that each of us has a unique visual fingerprint,’ study lead author Miss Zixuan Wang, a UC Berkeley doctoral student in psychology, told Berkeley News.

The researchers believe the discovery has implications for anything where accurate visualisations are required, such as sports, medicine and driving.

For example, a person in charge of a car has to judge narrow windows and avoid pedestrians, while in sports, the view of a judge can influence games and matches.

Scientists have taught mice to smell an odour that doesn’t exist in a study to show how the brain identifies different scents.

US neuroscientists generated an electrical signature that was perceived as an odour in the brain’s smell-processing centre, the olfactory bulb.

Because the odour-simulating signal was handmade, researchers could manipulate the timing and order of related nerve signalling like musical notes.

From this, they could identify which changes were most important to the ability of mice to accurately identify the ‘synthetic smell’.

The team claims to have decoded how mammalian brains perceive odours and distinguish one smell from thousands of others.

‘[Tennis] line judges need to rule on whether the ball is outside or inside the parameters.

‘Even an error as small as half a degree of visual angle, equal to a sub-millimetre shift on the judge’s retina, may influence the result of the whole match,’ said Miss Wang.

Three experiments were conducted to test how people viewed objects, with one looking at the exact same scene from the same point of view.

The first asked study participants to pinpoint on a computer screen the location of a circular target.

Secondly, participants were shown two lines set a minimal distance apart and asked to state whether one line was located clockwise or counterclockwise to the other.

The final example looked at size perception, and participants looked at a series of arcs of varying lengths and were asked to estimate their lengths.

When all factors were taken into account, the results indicated that different people see the exact same scene differently.

‘Though our study might suggest that the source of our visual deficiencies can originate from our brain, further investigations are needed to uncover the neural basis,’ said Miss Wang.

‘What’s also important is how we adapt to them and compensate for our errors.’

The full findings are published in the journal Proceedings of the Royal Society B.