Commercial fishers captured a catshark around the waters of Sardinia, but were stunned by the condition of the beast. Marine biologists noted that the shark had no teeth or no elasmobranch skin on its body, which has been attributed to both climate change and ocean acidification.

It helps to regulate the immune system, and acts as a first line of defence against microbes trying to penetrate the skin.

The catshark, which was discovered at a depth of 1,640 feet below the surface in July 2019 and was a female, also had no teeth.

Research from the University of Cagliari, in Italy, and published in the journal Fish Biology, found that despite its deformities, the shark was in relatively good health – at least as healthy as something can be without skin or teeth. 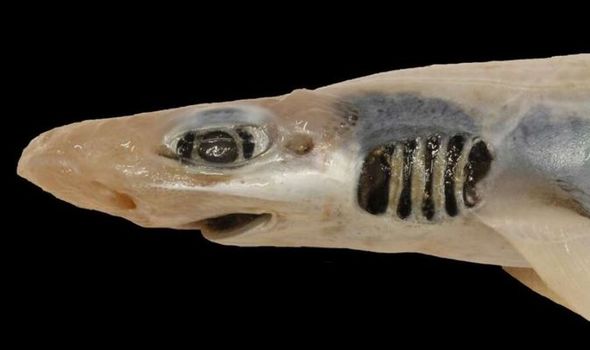 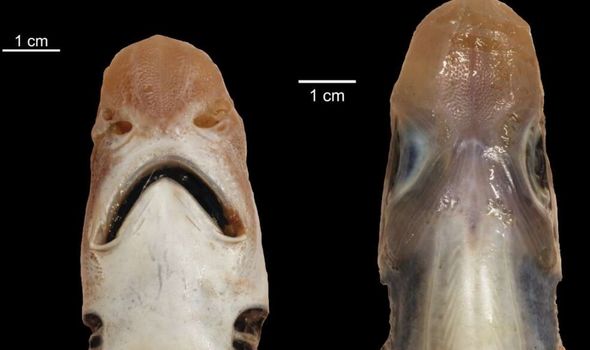 The study said: “As far as is known, in this paper the first case of lacking of skin‐related structures (epidermis, stratum laxum, dermal denticles and teeth) in a free‐swimming elasmobranch, the blackmouth catshark, Galeus melastomus, is reported.

“The individual was caught by trawl in Sardinian waters (central‐western Mediterranean) in July 2019 at a depth of 500 m.

“Although this kind of morphological abnormality is potentially fatal, the observations suggested that the specimen was in good health and well developed.”

Analysis of the catshark found at least 14 different creatures inside its stomach, which suggests the beast did not go without food.

However, the researchers believed the shark swallowed all of its food whole. 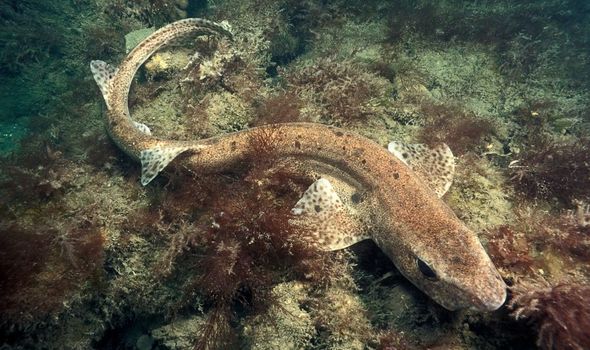 According to the experts, the fish may have lost its skin and teeth through ocean acidification – a direct consequence of climate change – or it may have entered chemically contaminated waters.

The study continued: “It is unclear how the abnormality impact the behaviour, physiology or ecology of this individual.

“Given the functions performed by the skin, the lack of dermal denticles, epidermis and stratum laxum is likely to have modified swimming, maybe increasing its energetic cost and slowing it down.”

The carbon dioxide affects the PH balance of the sea water, which leads to an increase in acidity – something which can destroy entire ecosystems, as is evident of the bleaching of the coral reefs.

US smashes single-day record for new coronavirus cases, with spikes in every swing state