Smartphone shipments tumbled 38 percent in February, the biggest single month decline in the industry’s history – driven by factory shutdowns in Asia and growing consumer anxiety about the coronavirus pandemic

Smartphone sales have taken a major hit during the COVID-19 pandemic, with global shipments declining 38 percent in February compared to the same period in 2019.

The decline is the biggest ever for the worldwide smartphone industry, according to Neil Mawston of Strategy Analytics, the firm whose market report first revealed the numbers. 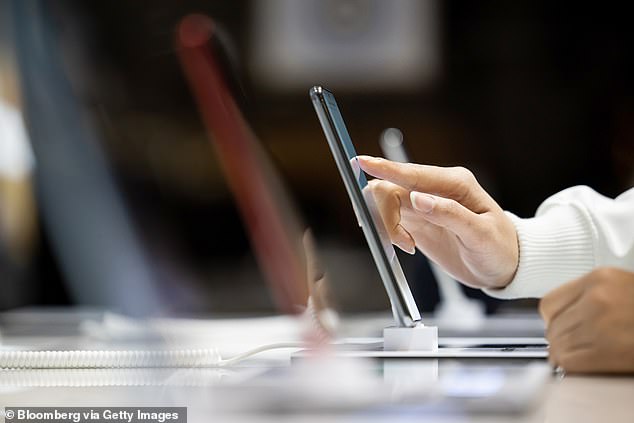 ‘Supply and demand of smartphones plunged in China, slumped across Asia, and slowed in the rest of the world,’ Mawston told BBC.

‘It is a period the smartphone industry will want to forget.’

The report points to two main causes for the decline, both related to the spread of COVID-19.

Firstly, a number of factories and component suppliers around Asia have been forced to close during government enforced lockdowns.

Secondly, retail shops around the world have seen a drop in walk-in traffic as people were advised to avoid large public spaces.

Sales were also hurt by the cancelation of the Mobile World Congress in Barcelona, Spain where many of smartphone manufacturers promote their new phones to the global press. 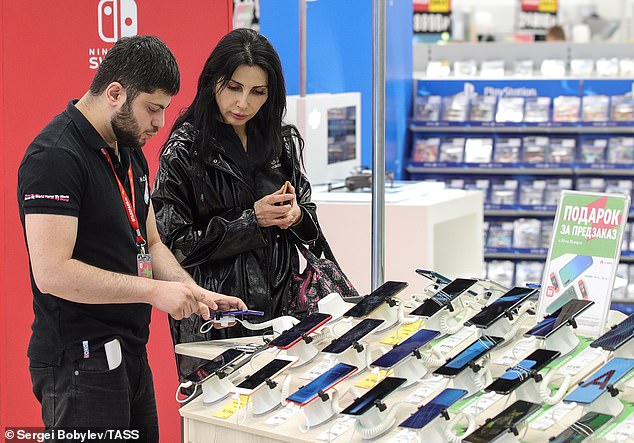 Analysts blamed the shortfalls on factory closures across Asia, as well as growing consumer reluctance to venture into large public spaces amid warnings about COVID-19 spread

The slump appears to be continuing into March.

Samsung’s newest smartphone, the Galaxy S20 series, launched on March 6 by has sold around half as many units as the previous year’s model, the Galaxy S10 had.

The S20 also sold less than one-third what the Galaxy Note 10 when it launched in August 2019.

Less than three weeks after release, Amazon has begun listing the high-end Android phone at a $200 discount.

Apple had warned that it would face supply shortfalls across its range of iPhones, and starting in February implemented a policy that would limit customers to purchasing two of the same model phones.

The company was also rumored to have canceled a March event during which it was planning to announce its next lineup of iPhones, including a budget-conscious iPhone SE 2 and its first 5G iPhone.