Solar storm warning: Why space weather is ‘the greatest hazard to humanity’ in space

Solar storms are the byproduct of ions and electrons from the Sun slamming into our planet at great speeds. On Earth’s surface, we are mostly protected from the solar radiation by Earth’s natural magnetic fields or magnetosphere.

Out in space, however, solar or geomagnetic storms can wreak havoc on satellite systems and spacecraft operations if they arrive unannounced.

Until recently, scientists believed these storms raged on in the region of space around Earth where they did not directly cross paths with satellites.

But researchers at the University of California, Los Angeles (UCLA) have found solar storms can strike much closer to home.

The discovery is problematic because it suggests space weather can directly interact with spacecraft such as weather or GPS satellites. 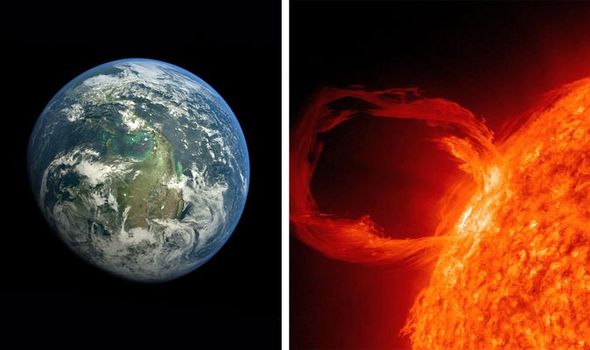 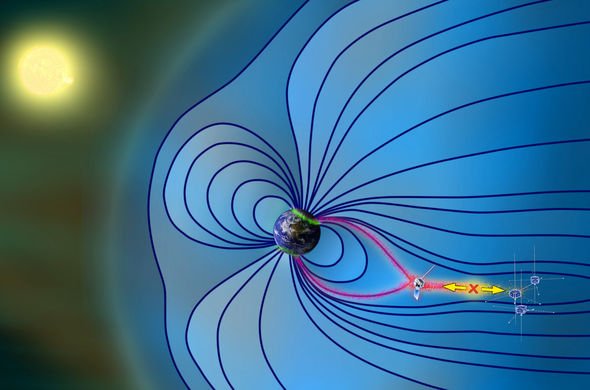 Professor Vassilis Angelopoulos from UCLA said: “By studying the magnetosphere, we improve our chances of dealing with the greatest hazard to humanity venturing into space: storms powered by the Sun.”

According to the US Space Weather Prediction Center (SWPC), powerful solar storms can have a disastrous effect on aircraft systems, power grids and technology blackouts.

Weaker storms can be disorienting for animals that rely on their inner compasses to navigate the planet.

The more enjoyable side effects of space weather include the Northern Lights or Aurora Borealis – streaks of colourful gases excited by charged particles from the Sun.

Professor Angelopoulos led a new study by NASA’s THEMIS mission into the effects solar storms can have on Earth.

The team’s findings were published in the journal Nature Physics on January 13.

When a powerful solar storm struck the planet in 1921, the US faced disruptions to its telegraph communications.

The storm also triggered power outages in New York City that led to the NYC Train Station burning down.

Researchers are also concerned for the safety of astronauts – there are currently six people living on the International Space Station (ISS) and humans will be returning to the Moon as early 2024.

Alien worlds such as the Moon or Mars are very poorly if at all, protected from the effects of space weather.

DON’T MISS
NASA’s most terrifying pictures of the Australia fires [PICTURES]
Can humans survive the radiation on Mars? [ANALYSIS]
Ocean warming in 2019 was equal to 3.6 BILLION atomic bombs [INSIGHT] 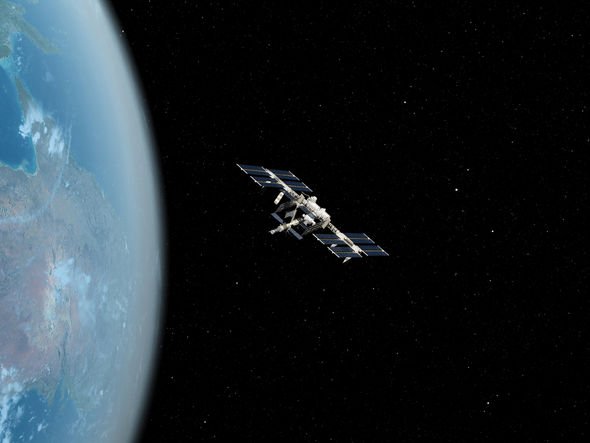 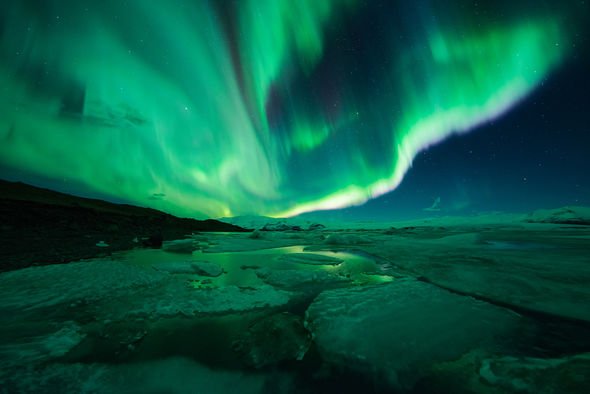 Exposure to blasts of solar radiation can prove dangerous in the longterm even in small doses.

In 1972, for instance, NASA’s Apollo 16 and Apollo 17 narrowly missed being hit by particles ejected from a solar flare.

According to UCLA’s scientists, these solar storms can strike much closer to home due to an effect dubbed magnetic reconnection.

When energy carried by solar winds is transferred into the planet’s magnetosphere, it is turned into heat and accelerates particles to great speeds.

These particles excited in the magnetosphere, much like the ones trailing from the Sun, can be harmful to human DNA and satellites.

The risk is the particles can increase the chances of radiation poisoning and cancer in unsuspecting astronauts.

Professor Angelopoulos said: “Only with such direct measurements of magnetic reconnection and its resulting energy flows could we convincingly prove such an unexpected mechanism of storm power generation.

“Capturing this rare event, nearer to Earth than ever detected before, forces us to revise prior assumptions about the reconnection process.”