Born sensitive: Some people are more kind and compassionate than others – and around half of these differences can be attributed to our genes

Being a kind and sensitive person is ‘in your genes’, as well as developing through upbringing and life experience, a new study revealed.

Researchers at Queen Mary University of London found that some people were more kind and compassionate than others – and half of those differences were inherited.

The results are based on 2,800 identical and non identical 17 year-old British twins and the number of people with the gene is five times higher than first thought.

Previous research suggested that only ten percent of someone’s kindness and sensitivity was purely down to genetics.

The discovery sheds fresh light on how we make close connections with people and behave in a range of situations – from the workplace to a party. 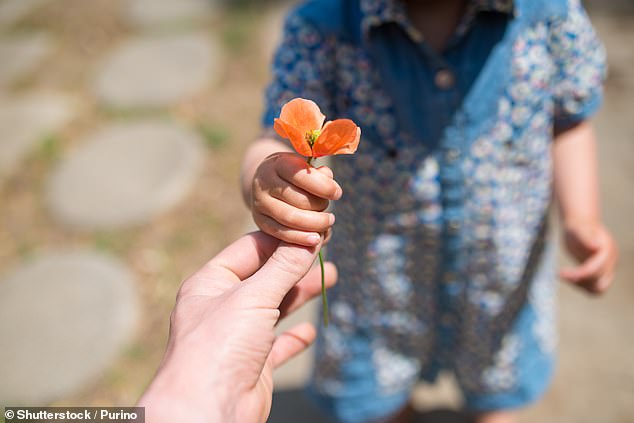 Lead author Professor Michael Pluess, of Queen Mary University of London, said we’re all affected by what we experience and sensitivity is a shared human trait.

‘We also differ in how much of an impact our experiences have on us. Scientists have always thought there was a genetic basis for sensitivity,’ Pluess said.

‘This is the first time we’ve been able to actually quantify how much of these differences in sensitivity are explained by genetic factors.’

By analysing the twins, Pluess and his team found 47 per cent of sensitivity factors were down to genetics – leaving 53 per cent accounted for by environmental factors.

The results, published in the journal Molecular Psychiatry, are groundbreaking as they are the first to demonstrate the link so comprehensively.

Pluess and colleagues measured participants’ ‘sensitivity level’ by comparing how strongly they were affected by positive or negative experiences.

The aim was to tease out how many variations could be explained by either genetic or environmental factors during development.

It aimed to answer the age old question about personality – ‘nature or nurture’.

Twins brought up together will mostly experience the same conditions – but identical twins share the same genes.

In comparison, non-identical twins are like any other sibling – so any differences would be purely down to nurture, not nature.

If the former show no more similarity in their levels of sensitivity than the latter twins, then genes are unlikely to play a role in their sensitivity levels.

This was not the case based on the study of 2,800 sets of twins, explained Dr Pluess.

The study involved around 1,000 identical and and 1,800 non-identical twins, roughly half of whom were same sex.

They were asked to fill out a questionnaire, developed by Professor Pluess, which has been widely used to test an individual’s levels of sensitivity to their environment.

The questionnaire is able to identify different types of the trait, such as being more affected by upsetting or happy events, as well as general sensitivity.

The study also suggested that these different sensitivities have a genetic basis.

Co author Dr Elham Assary, a member of the same lab, said if a child is more sensitive to negative experiences it might be they become more easily stressed.

‘On the other hand, if a child has a higher sensitivity to positive experiences, it may be that they are more responsive to good parenting or benefit more from psychological interventions at school,’ said Assary.

‘These different aspects of sensitivity all have a genetic basis.’

The researchers explored the link between sensitivity and the main personality traits known as the ‘Big Five’. 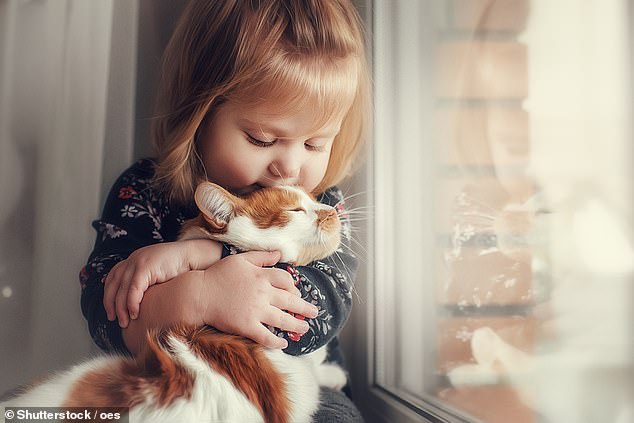 The results are based on 2,800 identical and non identical 17 year-old British twins and the number of people with the gene is five times higher than first thought

Those are openness, conscientiousness, agreeableness, extraversion and neuroticism, according to the research team.

They found there was a shared genetic component between sensitivity and the latter two, but not with any of the others

Professor Pluess believes the findings could help us in how we understand and handle sensitivity, in ourselves and others.

‘We know from previous research that around a third of people are at the higher end of the sensitivity spectrum,’ he said.

‘They are generally more strongly affected by their experiences.’ He said this can have advantages and disadvantages.

‘Because we now know this sensitivity is as much due to biology as environment, it is important for people to accept their sensitivity as an important part of who they are and consider it as a strength not just as a weakness,’ said Pluess.

The sensitivity test will be made available online later this month – so anyone can assess just how sensitive they are.

The findings have been published in the journal Molecular Psychiatry.

are, Kind, More, people, Some, than
You may also like: