Weather permitting, the SpaceX launch will take off from Cape Canaveral, Florida, just after midnight UK time. SpaceX’s launch window opens tonight at 11.53pm BST (6.53pm EDT) and closes tomorrow at 1.21am BST (8.21pm EDT). Tonight’s SpaceX launch is unusual in that it was marked expendable, meaning the reusable Falcon 9 rocket will not be safely returning to Earth. The Falcon 9 used in tonight’s launch previously served SpaceX on two launches in July and November 2018, respectively.

How to watch the SpaceX launch live online tonight

SpaceX’s AMOS-17 launch will be broadcast from start to finish on YouTube.

Courtesy of SpaceX, you can watch the entire mission live online in the embedded video player below.

SpaceX tweeted: “Team is targeting a new T-0 of 7.23 pm EDT, 23.23 UTC for launch of AMOS-17; continuing to monitor weather conditions at the Cape. Vehicle and payload still look good for launch.”

Ahead of the launch, SpaceX confirmed the Falcon 9 booster and its payload are “vertical” and ready to go.

The SpaceX launch will blast off from the Space Launch Complex 40 (SLC-40) at Cape Canaveral Air Force Station, Florida.

SLC-40 has served as SpaceX’s main launchpad since 2007 when it was leased to the rocket manufacturer by the US Air Force.

After launch, SpaceX expects to deploy the AMOS-17 approximately 31 minutes and 55 seconds into the mission.

The satellite will be deployed into a geostationary orbit for the Israeli company Spacetcom.

The launch comes after a catastrophic launchpad failure during a static fire test blew up a Falcon 9 and AMOS-6 satellites.

No one was hurt in the launchpad disaster but buildings many miles away felt the explosion’s shockwave.

An analysis of the incident later found an “anomaly” in the rocket’s oxygen tank was to blame.

SpaceX said: “The anomaly originated around the upper stage oxygen tank and occurred during propellant loading of the vehicle. 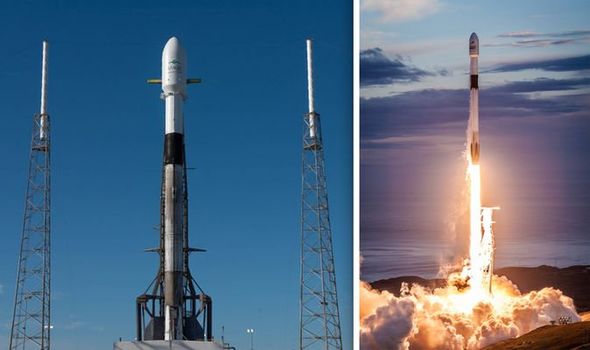 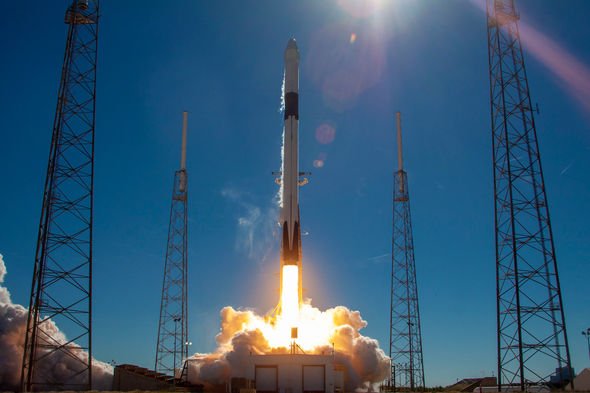 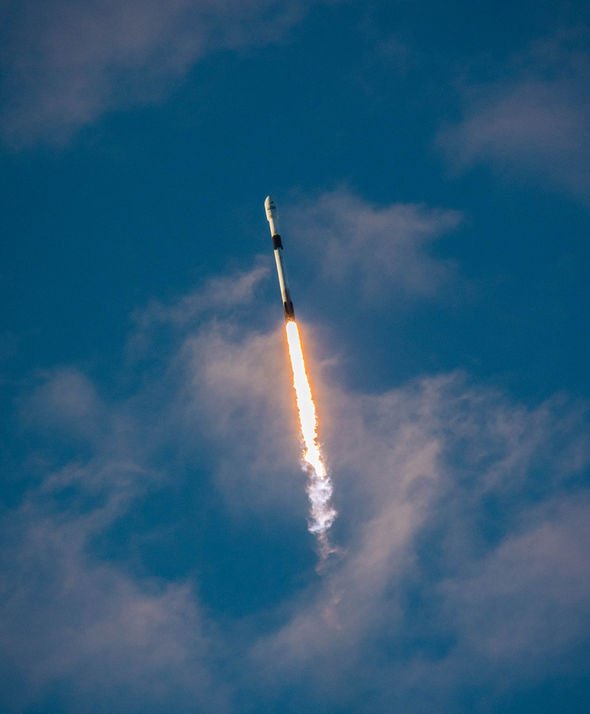 “Per standard operating procedure, all personnel were clear of the pad and there were no injuries.

“We are continuing to review the data to identify the root cause.”

The AMOS-17 launched tonight is expected to service the whole of Africa with broadband and broadcast connectivity for 20 years.

SpaceX said: “It will be deployed to the 17E orbital position, right over central Africa, to optimise service in the region.”