SpaceX’s first attempt at crewed spaceflight was scrubbed just 17 minutes before liftoff on Wednesday (May 27) after poor weather threatened the safety of NASA astronauts Doug Hurley and Bob Behnken. Earlier today, NASA administrator Jim Bridenstine has confirmed the launch will go ahead at 8.22pm BST (3.22pm EDT, 12.22pm PDT) with a 50 percent chance of cancellation due to weather. On Wednesday, a tropical storm near the coast of South Carolina forced NASA to delay the launch from the Kennedy Space Center at Cape Canaveral, Florida.

You can watch the joint SpaceX and NASA launch here.

But you might also have a chance to see the Crew Dragon later tonight, as the spacecraft slowly drifts towards the ISS.

The Crew Dragon, strapped to a reusable Falcon 9 rocket, will be accelerated towards the space station at more than 17,000mph.

The spacecraft and its crew will then spend 19 hours in flight before reaching the ISS.

Astronomers predict you will have a chance to see both tonight before they attempt rendezvous in orbit.

NASA has not launched astronauts to the ISS from US soil since 2011 and the retirement of the Space Shuttle. 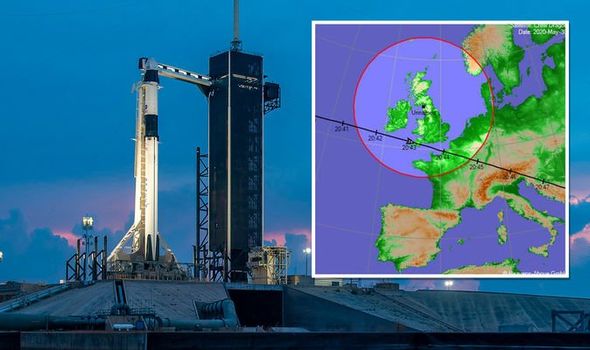 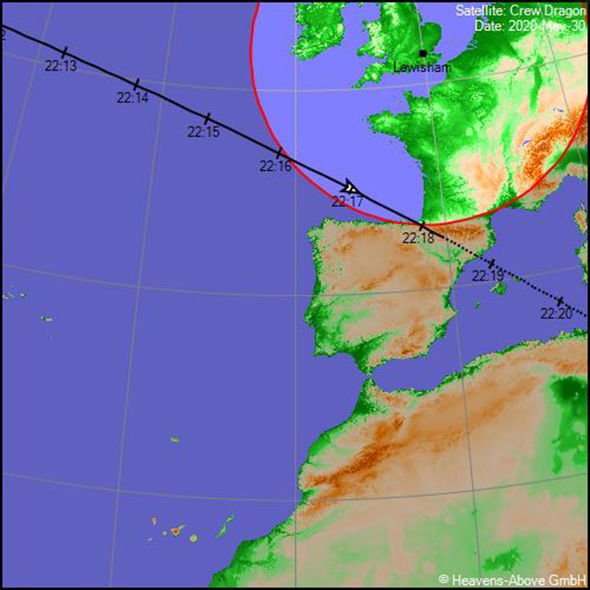 SpaceX tracker: How to see the Crew Dragon tonight

Weather permitting, you might be positioned to see the Crew Dragon Demo-2 flight pass overhead.

The spacecraft will be visible to the naked eye, appearing as a faint speck of light drifting across the sky.

According to Dutch astronomer Dr Marco Langbroek, parts of Europe will see the spacecraft just 23 minutes after launch.

In the UK, however, the Crew Dragon will not be seen on its first pass as it will happen in daylight hours.

Stargazers in the South and the Midlands will have to wait until about 10.15pm BST before they look towards the southern horizon.

You can check the website Heavens Above for sighting times for your specific location.

Dr Langbroek tweeted: “For NW Europe, the earlier launch time compared to 27 May means we will NOT see it pass some 23 minutes after launch.”

For east and southeast Europe, the Crew Dragon will pass overhead at about 9.45pm CEST and then again at 11.18pm CEST.

West Europe has a sighting opportunity during Crew Dragon’s second orbit at about 11.18pm CEST. 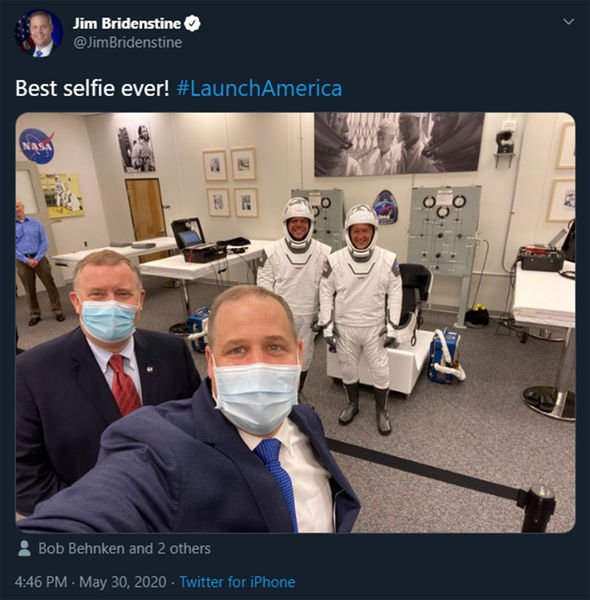 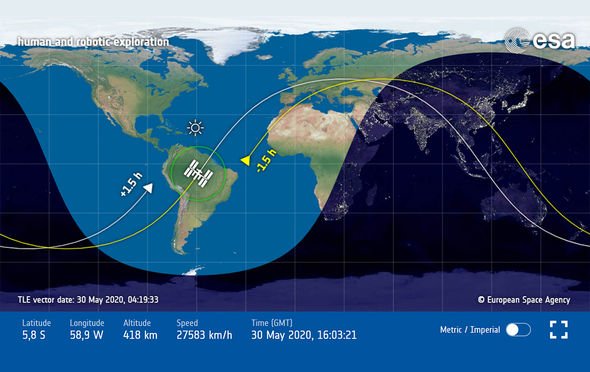 Dr Langbroek said: “Charts for localities in West Europe that can see the second pass near 11.18pm CEST, but for NW Europe often very low above the horizon (the further south in Europe, the better).

“Note: the ISS will pass slightly higher in the sky a few minutes earlier!”

Keep in mind unobstructed views of the horizon and clear weather will help you track the Crew Dragon.

Dr Langbroek also recommends grabbing a pair of binoculars for a better view of the capsule.

He said: “For those in NW Europe trying the second pass two hours after launch, with the trajectory very low on the horizon: use binoculars and go to a place with unobstructed view to the horizon.

“And take an uncertainty of several minutes in the predicted pass times into account!”

How to see the ISS tonight:

As the Crew Dragon journeys towards the ISS some 250 miles above Earth, you will also have a chance to spot the space station.

The European Space Agency (ESA) has an interactive tool that shows the ISS’ orbit.

Tonight, the space station will pass over central Europe, racing around the globe at more than 17,000mph.

Stargazers in the UK will have a chance to see the ISS at about 10.11pm BST.

NASA said: “All sightings will occur within a few hours before or after sunrise or sunset.

“This is the optimum viewing period as the sun reflects off the space station and contrasts against the darker sky.”

Because of the planet’s rotation, the ISS appears to move from west to east.