“Does everyone feel comfortable with the possibility of doing jail time?” Wayne Hsiung, an animal-rights activist, asked his volunteers, among them a barista, a third-grade schoolteacher and a Berkeley undergrad. They nodded.

The risk would be worth it, Mr. Hsiung said, to chip away at unanswerable questions: How widespread is the use of antibiotics on American farms? And how much are these farms contributing to the rise of drug-resistant infections?

Although scientists agree that the heavy use of antibiotics in livestock contributes significantly to the problem of drug resistance, getting details about farmers’ practices is nearly impossible. That’s because farms are not required to disclose to the government how much of the drugs they use, and federal inspectors are barred from making spot checks on farms to determine the prevalence of infections resistant to antibiotics.

In a half-dozen states, so-called ag-gag laws punish those who expose conditions on factory farms.

Industry executives say American pork farmers are good stewards of antibiotics. A two-year-old federal ban on using the drugs for growth promotion has led to a 33 percent drop in their use in livestock. Making further cuts, they say, would only lead to animal suffering.

Some veterinarians disagree, saying that more breathing room and better living conditions would reduce the need for using antibiotics as preventive measures. 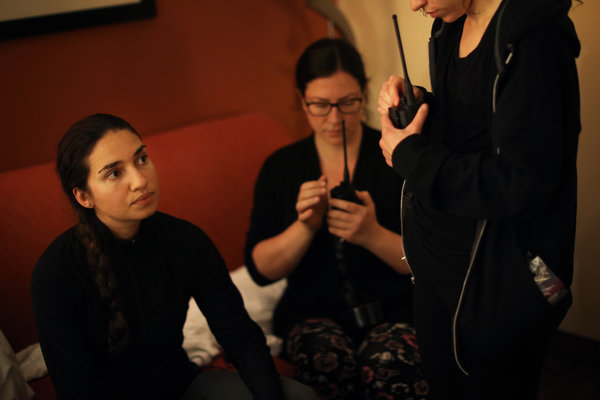 On this April night, Mr. Hsiung, a founder of the group Direct Action Everywhere, was planning to break into a farm, document the conditions there and, finally, to steal a pig. His hope was to document that crowded, filthy conditions create sick pigs, requiring farms to use antibiotics and perpetuating a cycle with profound implications for public health.

“Americans have a fundamental right to know how their food is being produced,” Mr. Hsiung said, “but right now, the only way to gather this information is to break the law.”

With that, everyone stood around his laptop to review Google maps of the targeted farm and discuss the evening’s operation. Many of the details were provided by scouts who had canvassed the place the previous night. The farm is one of thousands across the country under contract to Smithfield Foods, the nation’s largest pork producer.

After The Times notified Smithfield about the incursion, the company accused the organization of manipulating video footage in the past to “mislead the public and gain attention for its activist agenda, which includes ‘total animal liberation.’”

“Smithfield is proud to be an industry leader in the care of our animals and in the responsible use of antibiotics to provide the safest and highest-quality food possible to consumers,” it said in a statement. “Smithfield is also the only company in the industry to transparently report its antibiotics usage.”

Mr. Hsiung, 38, is the son of Chinese immigrants who abandoned a career as a corporate lawyer to start Direct Action Everywhere, also known as DxE.

Over the years he has been arrested more than a dozen times, including during a protest at a Colorado Whole Foods and at a dog meat festival in China, which led to his deportation.

The crew tested their wireless headsets one last time, packed up their biohazard body suits and headed off in a rented Highlander S.U.V. A few minutes later, after a round of Monster energy drinks, the intruders slipped through the underbrush along a lonely country road and disappeared into the night.

Arwen Carlin, 38, the designated driver, who had stayed behind, parked at a nearby church and killed the engine. After failing to get her walkie-talkie to show signs of life, she said, “I’m so nervous.” (In keeping with Times policy against trespassing, the reporter and photographer also remained behind.)

Around midnight, a gentle rain began to fall.

Three hours later, Ms. Carlin’s radio crackled to life: The crew was on its way out. She drove to the pickup point, a telephone pole marked in advance, and ninja-like wraiths emerged into the headlights. They were drenched in sweat and reeking of manure. One of them cradled a piglet. “It was hell in there,” said Jake, one of two videographers with the group who documented the night’s incursion, his voice jangled with adrenaline. The images they captured included scores of piglets that appeared to be sick, and shelves and refrigerators full of antibiotics, many of them human-grade.

The female pig, roughly 6 weeks old, was frozen with fear. Her snout was flecked with crusty lesions, a sign of a skin infection common among pigs kept in tight conditions.

They eased her into a plastic bin and someone gave her a name: Lauri, after the town where she had been raised.

A half-hour later, after packing up and checking out of the Holiday Inn, the crew hit the road again and headed to the University of Tennessee in Knoxville, which has a veterinary hospital specializing in farm animals. During the drive, Lauri sat motionless in the box and showed no interest in the baby’s bottle of milk that Ms. Carlin waved under her snout.

At the hospital, the subterfuge had to be maintained. “They can’t know this is a stolen pig,” Mr. Hsiung warned.

On the exam table, gently prodded by two vet school residents, Lauri came to life. She nibbled on a gloved hand, wriggled her ears and grunted with curiosity. A battery of tests would later confirm that the piglet had pneumonia, anemia and a multidrug-resistant staph infection that is increasingly common on American pig farms.

Lauri now lives on an animal sanctuary in the South with other rescued pigs, grazing in the pasture and eating pumpkins and squash from the farm’s garden.

Mr. Hsiung declined to be more specific about the location. Two years ago, F.B.I. agents out West descended on two animal sanctuaries in search of two piglets that DxE had removed from a Smithfield farm in Utah.

Two DxE members face felony charges in the case, and Mr. Hsiung said he feared that once details of the raid were publicized, law enforcement authorities, acting at the behest of Smithfield, would try to find Lauri and prosecute those responsible for her kidnapping.

“All of us are expecting the worst,” he said. 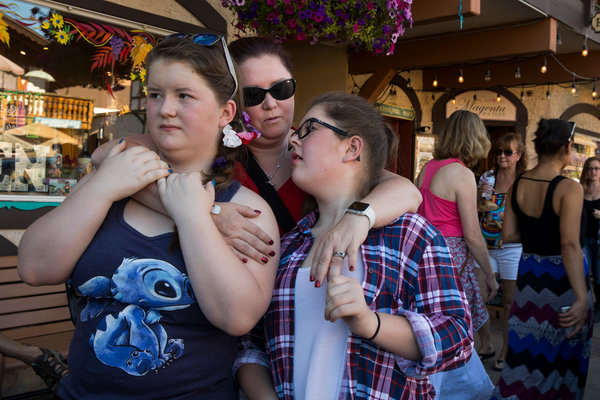 Andrew Jacobs is a reporter with the Health and Science Desk, based in New York. He previously reported from Beijing and Brazil and had stints as a Metro reporter, Styles writer and National correspondent, covering the American South. @AndrewJacobsNYT