The Sunspot Solar Observatory in New Mexico is finally re-opening eleven days after it was abruptly evacuated due to an undisclosed ‘security issue’ – but, exactly why it was shut down in the first place remains a mystery.

The Association of Universities for Research in Astronomy (AURA), which manages the facility, announced that all employees will be allowed to return this week, and residents that had to vacate will be able to come home.

In regards to the closure, AURA has said only that law enforcement was investigating criminal activity at the site.

Theories began to swirl after the observatory shut down on Sept 6 with no explanation, and continued to build after days of radio silence. 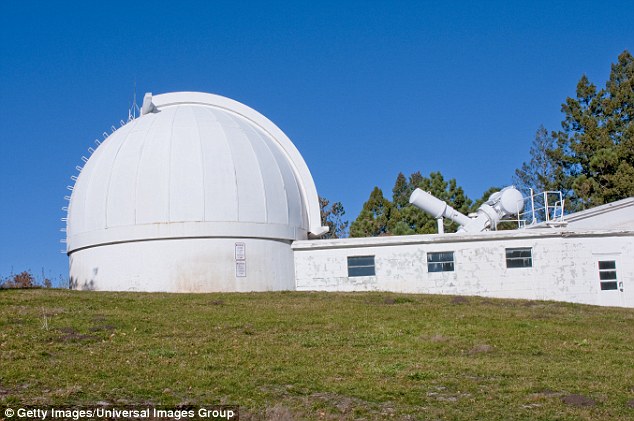 The Sunspot Solar Observatory in New Mexico is finally re-opening eleven days after it was abruptly evacuated due to an undisclosed ‘security issue’ – but, exactly why it was shut down in the first place remains a mystery

In the week following the initial evacuation, the public proposed all sorts of explanations, with some even suggesting aliens could be at the root of it all.

Acknowledging the secrecy, AURA said it chose not to release any details due to the investigation.

‘We recognize that the lack of communications while the facility was vacated was concerning and frustrating for some,’ AURA said in a statement.

‘However, our desire to provide additional information had to be balanced against the risk that, if spread at the time, the news would alert the suspect and impede the law enforcement investigation.That was a risk we could not take.’

As for the investigation itself, AURA hasn’t revealed much about the ‘criminal activity’ suspected to have been taking place at the site.

But, the issue was enough to spark concern ‘that a suspect in the investigation potentially posed a threat to the safety of local staff and residents.’

‘For this reason, AURA temporarily vacated the facility and ceased science activities at this location,’ AURA says. 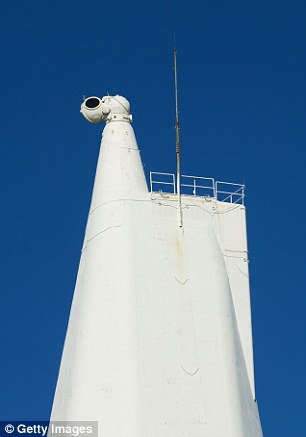 Some people proposed that the facility suffered a leak at its Richard B. Dunn Solar Telescope, which relies on a mercury float

‘The decision to vacate was based on the logistical challenges associated with protecting personnel at such a remote location, and the need for expeditious response to the potential threat.

‘AURA determined that moving the small number of on-site staff and residents off the mountain was the most prudent and effective action to ensure their safety.’

Operations are now starting up again as of Monday September 17 – though with amped up security for the time being to cope with ‘the consequent expectation of an unusual number of visitors to the site,’ prompted by the excitement the shutdown generated.

The ongoing silence from those in charge of the evacuation at Sunspot last week fueled countless theories on the reason behind the observatory’s closure.

Among the more down to Earth suggestions, some people have proposed that the facility may have suffered a leak at its Richard B. Dunn Solar Telescope, which relies on a mercury float bearing.

But, the team that operates the telescope confirmed last week that there has not been a mercury incident.

The scientists also insisted the mysterious shutdown was not the result of an extraterrestrial encounter.

Secrecy persisted even as local media reported the FBI has showed up to the site, and Blackhawk helicopters were seen circling overhead.

The observatory finally issued a statement on its website and across social media last Thursday, but it did little to quell the excitement, offering no explanation on why the facility was shut down.

The Sunspot Solar Observatory tweeted a link to its statement on Sept 13, exactly a week after the initial shutdown. 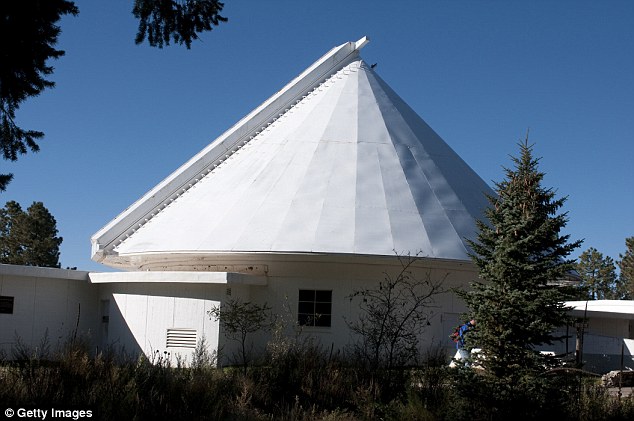 The Association of Universities for Research in Astronomy (AURA), which manages the facility, announced that all employees will be allowed to return this week, and residents that had to vacate will be able to come home

‘On Thursday September 6th, AURA made the decision to temporarily close Sunspot,’ the observatory said in a statement shared on social media.

‘The Sunspot Solar Observatory continues to work closely with AURA in order to allow for us to reopen as soon as possible.

‘With the excitement this closure has generated, we hope you will come and visit us when we do reopen, and see for yourself the services we provide for science and public outreach in heliophysics.’

Last week, a spokesperson for AURA told the Alamogordo Daily News only that they evacuated as a ‘precautionary measure.’

Otero County Sheriff Benny House revealed that even local law enforcement was been kept in the dark, despite being told to stand by.

‘The FBI is refusing to tell us what’s going on,’ House told Alamogordo Daily News.

‘We’ve got people up there that requested us to standby while they evacuate it. Nobody would really elaborate on any of the circumstances as to why.

People who doubt the moon landings are more likely to be selfish and attention-seeking, according to a recent study.

Over the course of three online-based studies, researchers at the University of Kent showed strong links between the belief in conspiracy theories and negative psychological traits.

Writing in the journal Social Psychological and Personality Science, the team explained: ‘Previous research linked the endorsement of conspiracy theories to low self-esteem.’

In the first study, a total of 202 participants completed questionnaires on conspiracy beliefs, asking how strongly they agreed with specific statements, such as whether governments carried out acts of terrorism on their own soil.

Alongside this, they were asked to complete a narcissist scale and a self-esteem assessment.

The results showed that those people who rated highly on the narcissism scale and who had low self-esteem were more likely to be conspiracy believers.

‘The FBI were up there. What their purpose was nobody will say. But for the FBI to get involved that quick and be so secretive about it, there was a lot of stuff going on up there.

‘There was a Blackhawk helicopter, a bunch of people around antennas and work crews on towers but nobody would tell us anything.’

By of September 11, official had confirmed that the facilities were still closed, and would not be reopened until they were given the green light.

‘We were told on September 6th that we would be evacuated along with the surrounding area, we were not told why,’ USPS spokesperson Rod Sturgeon told ABC 7 KVIA. ‘We were just told to be out of the area.’