The ‘365 challenge’ is GOOD for you: Study finds taking a photo each day and sharing it on social media can boost personal well-being

A Universities of Sheffield and Lancaster study found that sharing photo moments on social media has complex benefits, including self-care, community interaction and potential for reminiscence.

Instagram has more than two million posts tagged #365, a photograph for each day of the year. Thousands of people use Blipfoto, an online daily photo journal. 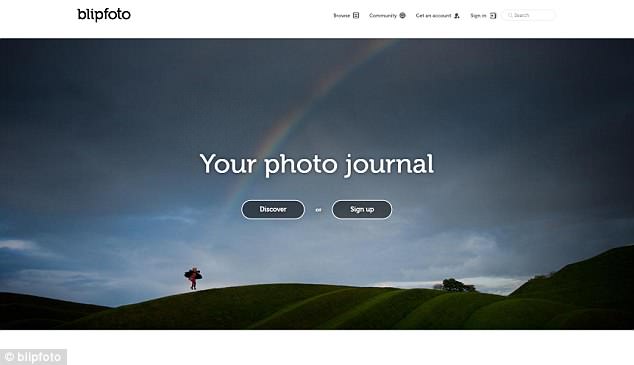 A Universities of Sheffield and Lancaster study found that taking a photograph each day and posting it on social media supports improved well-being. The study monitored participants who posted every day on Blipfoto for two months

‘Taking one photo every day and sharing it online seems to impact wellbeing in a number of ways,’ said Dr Andrew Cox, a co-author of the study.

‘It encourages people to look differently at the world around them, prompts them to go out of their routine ways and connects them with others more. It makes them feel more creative.’

They enjoy taking the photos, but also looking back at them. Many use it as a form of diary.

There seems to be an emerging trend of people doing what might be called digital daily practices – for example, running every day and sharing the route online or knitting or writing every day.

Taking a photo every day is just one of these.’

The study recorded what photos participants took, the text they added and how they interacted with others on the photo-a-day site for two months.

Taking a moment to be mindful, and looking for something different or unusual in the day were seen as positive well-being benefits of the practice, the study found.

‘When there is so much talk about the addictive or detrimental effects of social media, it’s important to recognize that people also use it in ingenious ways to improve their lives,’ Dr Cox said. 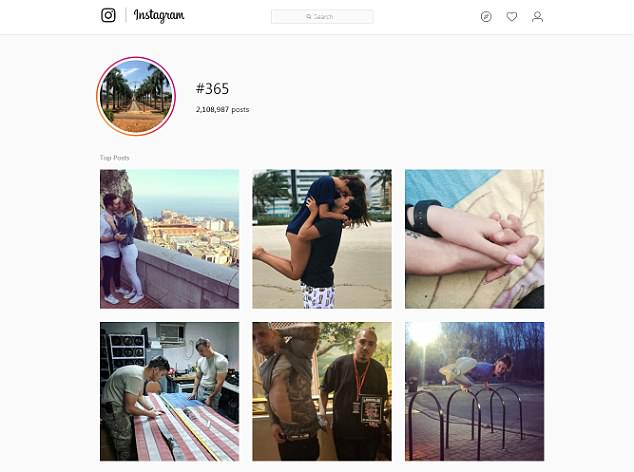 Instagram has more than two million posts tagged #365 for each day of the year. Benefits of posting photos on social media include self-care, community interaction and the potential for reminiscence

ARE YOU ONE OF THE NEARLY 50% OF SMARTPHONE USERS ADDICTED TO THEIR HANDSET?

Worrying research published in December 2017 revealed we reach for our smartphones around 4,000 times a year for no apparent reason.

Each day we unlock our phone 28 times – and over a third of the time this is compulsive and unnecessary.

Experts from Malta-based online casino Casumo.com looked at 2,000 UK smartphone users in order to find out whether checking their device was out of habit or necessity.

The average American clicks, taps or swipes on their smartphone screen more than 2,600 times a day, with some reaching an astonishing 5,400 times

They found more than 40 percent of the 10,000 times users check smartphones each year is ‘compulsive’.

The top ten percent of users check their phones more than 60 times a day.

More than one in three people think they are addicted to checking their phone with the average user spending nearly an hour each day on their phone.

The survey also found Google Maps is considered the most useful app while WhatsApp and Gmail come second and third.

Google Chrome is fourth and Facebook comes in fifth.

Participants in the study found that it led to more exercise and gave a sense of purpose, competence and achievement.

‘My job was a very highly stressful role,’ one participant said.

‘There were some days when I’d almost not stopped to breathe, you know what I mean… And just the thought: oh wait a moment, no, I’ll stop and take a photograph of this insect sitting on my computer or something. Just taking a moment is very salutary I think.’ 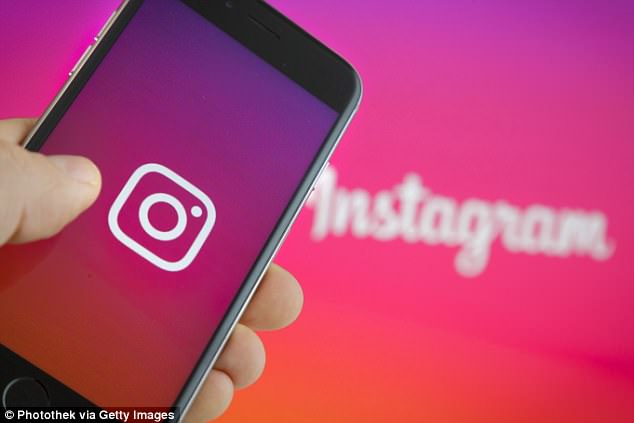 Participants in the study found that it led to more exercise and gave a sense of purpose, competence and achievement. Taking a moment to be mindful, and looking for something different or unusual in the day were seen as positive well-being benefits of the practice, the study found

The study also found that online contact helped people to manage loneliness and grief as well as meeting new people with shared interests.

Several participants had taken early retirement and found that the contact established replaced some of the daily office chatter that they missed.

The online text was used to provide personal narratives, reminiscences, and explanations of repeated images.

‘If I’m ever feeling down or something it’s nice to be able to scroll back and see good memories. You know, the photos I’ve taken will have a positive memory attached to it even if it’s something as simple as I had a really lovely half an hour for lunch sitting outside and was feeling really relaxed,’ another participant said.

The researchers said the practice is ‘an active process of meaning making, in which a new conceptualization of well-being emerges.’