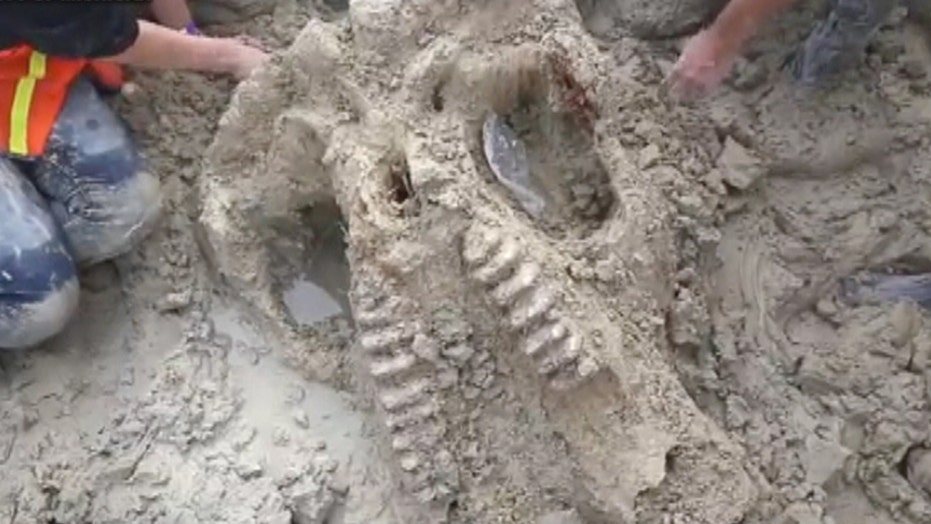 A teenager got a big surprise while looking for arrowheads on an Iowa farm.

Instead of any arrowheads, the teen found a 30-inch jaw bone of a mastodon — a prehistoric hairy elephant, related to the mammoth. Mastodons went extinct about 10,000 years ago, according to LiveScience.

A paleontology team from the University of Iowa (UI) picked up the jaw bone and other related bones over the weekend, according to WHOTV.

“We were notified a couple of weeks ago that somebody had found a fossil in the middle of a small river on the property,” Tiffany Adrain, the head of the UI Paleontology Repository told the outlet.

“It was actually a high school student who had found the object, and the landowners contacted us and notified us [and] sent us photographs. Now we could tell right away it was a jaw bone of a mastodon,” she added.

The bone, which was then donated by the farmers to the UI Paleontology Repository, is believed to have belonged to a young mastodon that might have been 7-feet tall, the Iowa City Press-Citizen reported.

The couple who own the farm and donated the bones asked not to be named so that fossil hunters don’t trespass on their property. About 30 years ago, they had found other bones on their land that belonged to a woolly mammoth, WHOTV reported.

"I think people are finding stuff all the time" Adrain told the Press-Citizen. "Maybe they are out canoeing or fishing on a bank. Farmers, in particular, on the land can spot things pretty easily."

Six-month-olds see people who imitate them as more friendly