Teenagers who get more sleep are more resilient

Why teenagers should be allowed to lie-in: Adolescents who get more sleep are more resilient and better at dealing with stress and change, study shows

Teenagers who get more sleep during the night are better at coping with change and stress, new research has found.

Adolescents were quizzed on their sleep habits and how long it takes them to drop off in the evening while also answering questions on their resilience.

The study revealed teens who have the best sleep patterns are also those who are most resilient. 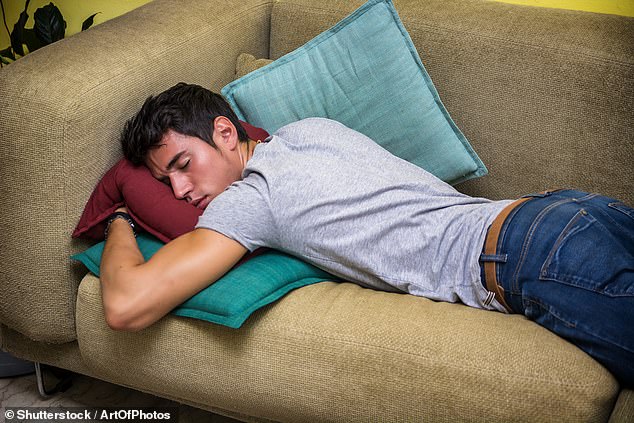 Teenagers who get more sleep during the night are better able to cope with change and stress, a new study has found. Poor-quality daytime naps were also linked to reduced resilience (stock photo)

Over the course of 24 months, data was collected from 840 students via questionnaires.

Being able to fall asleep quickly and not spend long periods of time tossing and turning in bed was also a good sign for high levels of resilience.

Meanwhile, disturbed sleep and a reliance on poor-quality daytime naps were linked to reduced resilience.

Resilience was measured in the teenagers as it is a trait which allows them to adjust to a rapidly changing environment and cope with high stress levels.

It is often assessed in sleep studies and previous research has also found high-quality sleep can improve a person’s resilience.

Writing in the study, published in the journal Sleep Medicine, the authors say: ‘These findings highlight the importance of future school interventions for sleep to improve students’ resilience.’

Some trials have toyed with the idea of beginning classes later than the traditional start time. 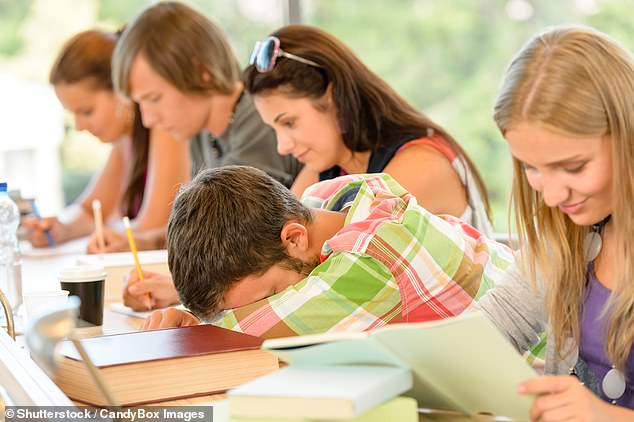 Chinese researchers found higher resilience scores among teenagers who repeatedly had a good night’s sleep. Being able to fall asleep quickly and not spend long periods of time tossing and turning in bed was also a good sign for high levels of resilience (stock photo)

Children in Seattle who start school later in the day are getting more sleep and better grades, a new study says.

In 2017, the Seattle School District delayed high school and middle school start time by 55 minutes, pushing it back from 7.50am to 8.45am.

Researchers say high school students whose first lessons were pushed back got an average of 30 minutes more daily shut-eye.

It also led to improvements in exam results, attendance and punctuality – especially among teens from low-income backgrounds.

Scientists at the University of Washington in Seattle say later start times could help close the learning gap between kids from less well-off families and their more privileged peers.

A study published in 2018 found teenagers who started school later thrived with the change.

The adjustment better suits their natural body clocks, which alter during puberty to favour late nights and lie-ins.

The effectiveness of this shift was then assessed by researchers at the University of Washington.

Researchers assessed the activity and results of tenth-graders in a biology class in 2016, before the shift to a later start time, and after the move was implemented.

Both sets of students went to bed at around the same time, but those in 017 were able to eek out more than half an hour sleep every night.

This corresponded to higher levels of alertness and five per cent higher grades, on average.

a, Get, More, sleep, Teenagers, Who
You may also like:

Dinosaur genitals are reconstructed for the first time

Future coronavirus strains could be detected faster by studying SEWAGE