Tesla already has a feature to keep your pup safe, but now it wants to make sure others are aware of it as well.

Elon Musk is considering launching a feature called ‘dog mode,’ for when canine owners have to step away from their vehicle for some time while their pooch is still inside.

The idea was prompted by a request from a Tesla owner on Twitter. 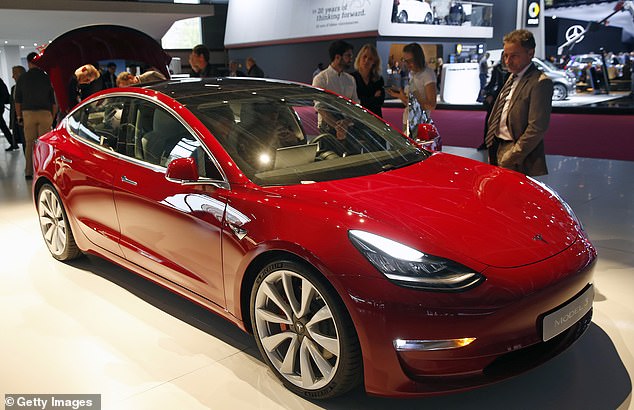 Elon Musk is considering launching a feature called ‘dog mode,’ for when canine owners have to step away from their vehicle for some time while their pooch is still inside

Twitter user Josh Atchley asked Musk if he could implement a ‘dog mode’ feature ‘where the music plays and the AC is on, with a display on screen saying “I’m fine my owner will be right back.”‘

To this, Musk simply replied: ‘Yes.’

In 2016, Tesla introduced the ‘Cabin Overheat Protection’ feature in its v8 software update.

Cabin Overheat Protection is focused around safeguarding children and pets by keeping the car at a ‘safe temperature’ for several hours, ‘even when the car is off’ – a feature Tesla says is owed to the firm’s ‘uniquely large battery packs.’

While the inside of your Tesla stays cool, that may not reassure curious onlookers who see a child or pet inside.

By including a message on the Model 3’s main screen, it would notify people that the dog or child is OK.

Furthermore, another user suggested including the interior temperature on the screen as well – an idea that Musk seemed to like, replying in a tweet, ‘Exactly.’

As with most of Musk’s ideas born on Twitter, there’s no guarantee this feature will ever launch in subsequent Tesla software updates.

It comes as Tesla last week launched a new $45,000 version of its Model 3 sedan.

The car is equipped with a mid-range battery that has a range of 260 miles. 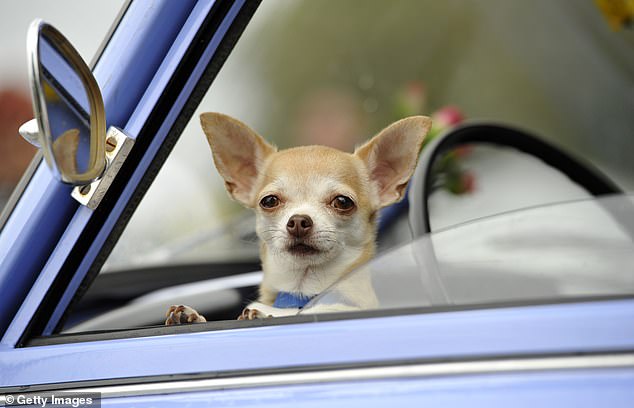 Another user suggested including the interior temperature on the screen as another way to notify passersby – an idea that Musk seemed to like, replying in a tweet, ‘Exactly’

‘Costs $35k after federal & state tax rebates in California, but true cost of ownership is closer to $31k after gas savings,’ Musk tweeted.

That’s as consumers continue to await the release of Tesla’s cheaper, base-level version of its Model 3 sedan, which is expected to cost $35,000.

Tesla has said that it would not manufacture the base-level version of the Model 3 this year.

WHAT IS TESLA’S MODEL 3 ELECTRIC CAR?

The electric sedan is crucial to Tesla’s goal of becoming a profitable, mainstream automaker.

The five-seat sedan will travel 215 miles (133 kilometres) on a single charge.

It will be sporty, accelerating from zero to 60mph (0-100kph) in under six seconds.

The car has no traditional dashboard, but instead a computer monitor in the center of the car which shows details about the car and its route.

It will be controlled via a touchscreen and each side of the steering wheel will have a single scroll button.

But the company has suffered production woes ever since, frequently missing the targets it set itself when the vehicle was announced in 2016.

dog, Elon, Mode, Musk, promises, te
You may also like:

Nathan's Hot Dog Eating Contest champion Joey Chestnut downed a record 75 hot dogs in 10 minutes. Here's the science behind how he does it.