Details are sketchy at present but a Facebook from Greater Manchester Police reveals that the mystery interloper is thought to be ‘brown and a deer.’

They said: ‘We currently have a deer running around the City Centre. The deer was first seen in the canal near Castlefield. CCTV asked for a description of the animal, “erm its brown and a deer” was the officers reply.

“Last seen heading towards the Palace theatre, officers have no eye-deer where its heading.

“Unconfirmed reports its suffering the ill effects of the morning after a wild stag do in the City.” 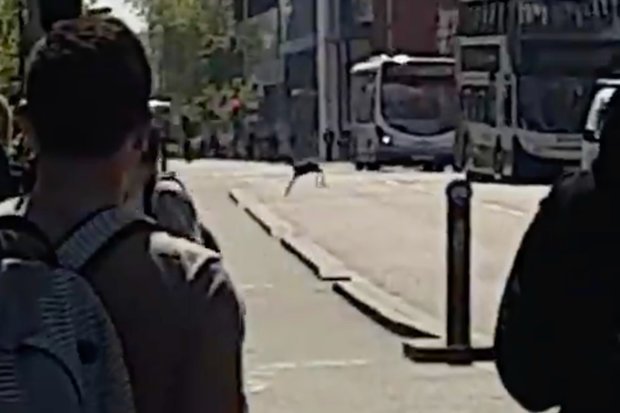 Completely by coincidence Highways England launched a campaign this week urging drivers to be more vigilant about the danger of deer running onto roads.

Leonardo Gubert, Senior Ecologist at Highways England, the Government company responsible for motorways and major A roads, said: “Sadly, the outcome of a collision involving a deer can be much more catastrophic than vehicle damage or injury to the animal.

“You may be well-travelled and on a well-known route without a previous sighting, but there may be deer hidden in nearby foliage or woodlands and some species of deer can gather often in large groups; you may have seen one and avoided it but others may follow and unexpectedly dart out into the roadway.

“We want everyone travelling on our roads to reach their destination safely and with as many as 1.5 million wild deer living across Britain it is vital for drivers to be aware of their presence, to be extra vigilant, especially at this time of year when deer are on the move, and to follow our advice.

Deer signs are placed at locations where the animals are known to be active and are likely to cross; they help inform drivers of the need to slow down to give more time to react.” 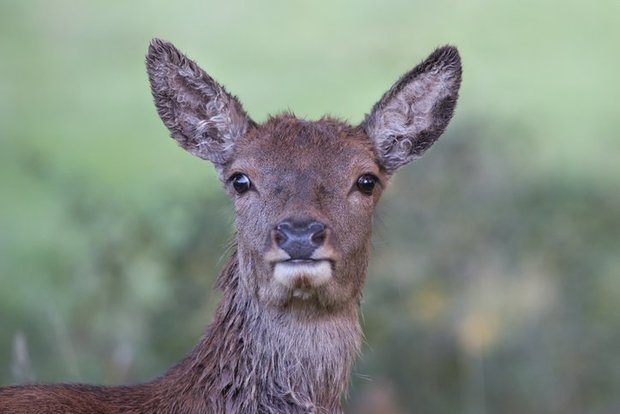