Doctors in the US have long used medical codes to bill for their work.

Now, doctors-in-training at the Cleveland Clinic’s medical school will pick up a different kind of coding, as part of a new course focused on integrating artificial intelligence technology into the curriculum.

The course aims to teach coding and model-building skills that are specific to the healthcare industry, and it will be optional this year for the school’s student body, according toDr. Aziz Nazha, director of the Cleveland Clinic Center of Clinical Artificial Intelligence.

“I think we have to face it: it’s part of our work, whether we like it or not,” he said.

The class represents a new direction for Cleveland Clinic, which initially took about a year of convincing to even set up the AI-focused center, Nazha told Business Insider. AI has become anew focus in thehealthcare industry as well as at medical schools, which are increasingly orienting their studentstowards the new technology and being askedto use it more effectively.

That’s where Nazha comes in. The 35-year-old was born and raised in Syria, where he went to medical school and later came to the US. All the while, Nazha retained a longtime love of computers, which he today melds with his work as a hematologist and medical oncologist at the Cleveland Clinic.

He sees AI as a new tool that can help physicians advance medical research, but one that’s limited by a lack of talent that understands both healthcare and technology.

In recognition of Nazha’s work, Business Insider just named him one of the30 young leaders transforming the healthcare industry.

AI in Cleveland Clinic’s medical school and beyond 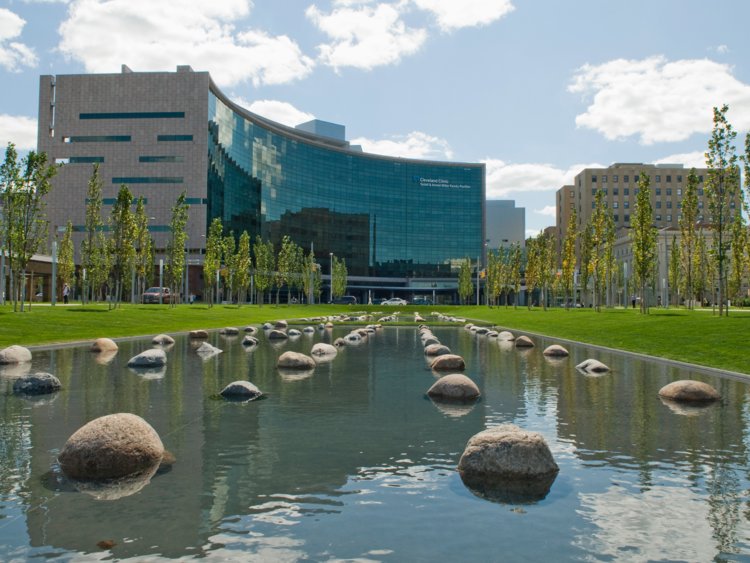 Nazha has big ambitions for AI.

The idea is to expand this concept to other medical schools, which have struggled to integrate the tech into their curriculums, he says. And he’s also interested in building courses to teach computer scientists how to work with healthcare data, which has different sensitivities and challenges than, say,the world of finance.

Looking at Nazha and his center’s work at the Cleveland Clinic gives some perspective on what future doctor-programmers might do.

At Cleveland Clinic, about 20 AI projects are ongoing, both in the hospital generally as well as ones more focused on cancer treatments.

They examine topics such as how long patients stay in the hospital, why patients who’re discharged may later return to the hospital, and predicting the patients for whom a given chemotherapy will work.

In Nazha’s practice as a physician, he’s been frustrated by the trial-and-error process of using chemotherapy, since there’s no way to know which patients will respond best to which treatment option, he said

“If we really want to transform medicine, we will not have to continuously improve. We have to completely change how we think about medicine,” Nazha said. “You really have to start from medical school and go all the way up.”