The sand dunes of Mars move in a weird way 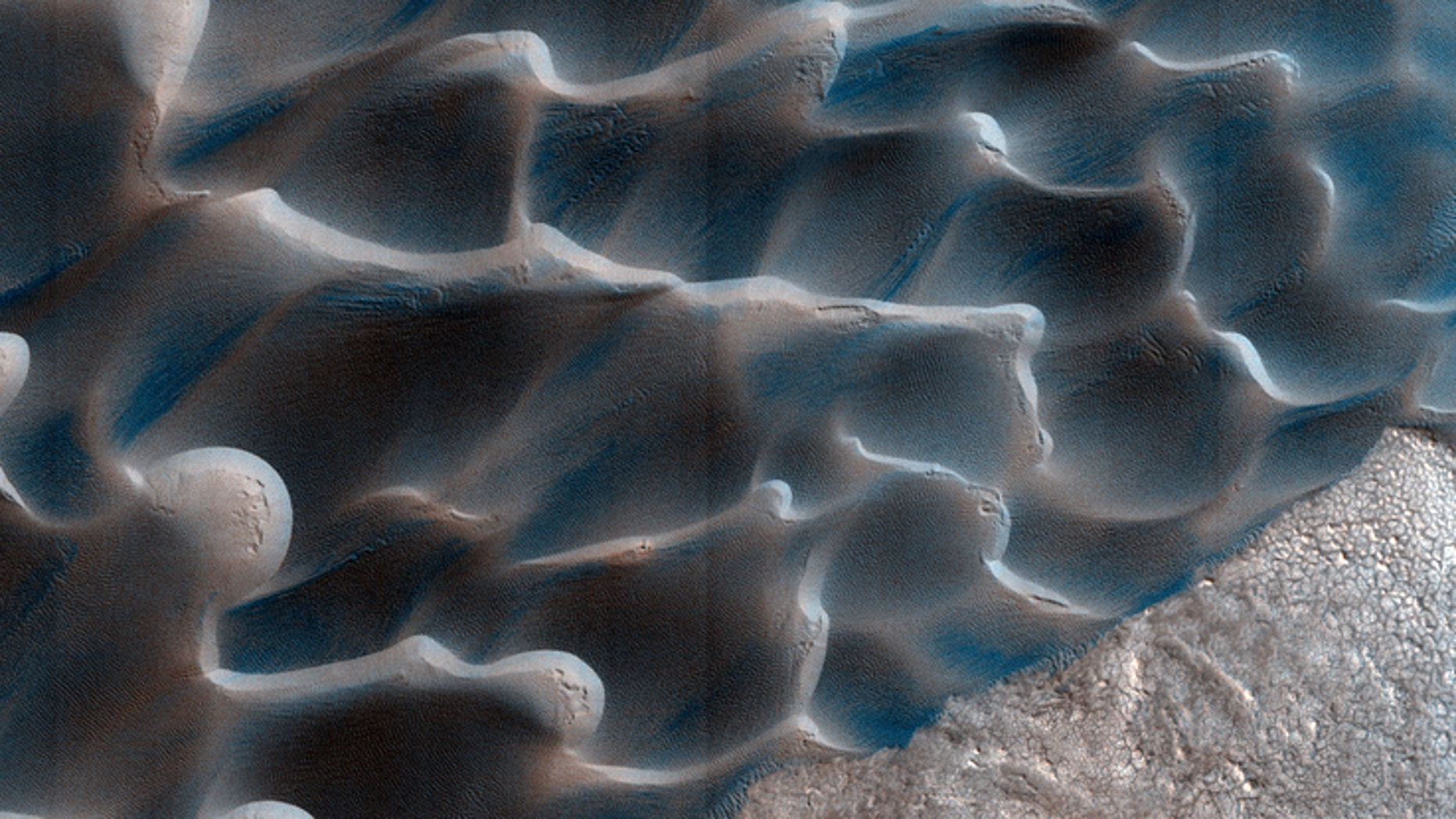 As the seasons change on Mars, triggering winds, dunes like these slowly move.

Martian sand dunes are blowing in the wind — but slowly, and based on factors that don't affect sand movement here on Earth.

Scientists tracked the movement of nearly 500 individual dunes, all using data gathered by NASA's Mars Reconnaissance Orbiter. By studying the movement of all that sand, the researchers were able to compare the interaction between wind and sand on the Red Planet with the same interaction on Earth.

"On Mars, there simply is not enough wind energy to move a substantial amount of material around on the surface," lead author Matthew Chojnacki, a planetary scientist at the University of Arizona, said in a statement. "It might take two years on Mars to see the same movement you'd typically see in a season on Earth."

Chojnacki and his colleagues used images taken by HiRISE, a specialized camera on board the Mars Reconnaissance Orbiter that images the surface of Mars with incredibly detailed photographs. Those photographs include plenty of scenes of sand dunes rippling across the planet.

Scientists are particularly interested in the sand dunes because they represent areas where the surface is changing enough that the same material isn't getting constantly blasted by the harsh environment. "If you don't have sand moving around, that means the surface is just sitting there, getting bombarded by ultraviolet and gamma radiation that would destroy complex molecules and any ancient Martian biosignatures," Chojnacki said.

By selecting pairs of images that showed the same patch of ground years apart, the team was able to measure how fast each dune was moving. That analysis suggests that Martian sand dunes move at a fraction of the speed of those found on Earth — which makes sense given how much thinner an atmosphere the Red Planet boasts than Earth.

What was less predictable was that just a handful of spots would sport significantly faster sand movement: Syrtis Major, the Hellespontus mountains and a region called the north polar ergs. The researchers think that the relatively fast sand movement here may be caused by dramatic changes in surface elevation and temperature that arise where different types of surface features neighbor each other. That's not a situation that prompts winds here on Earth.

"Those are not factors you would find in terrestrial geology," Chojnacki said. "On Earth, the factors at work are different from Mars. For example, ground water near the surface or plants growing in the area retard dune sand movement."

The research is described in a paper published March 11 in the journal Geology.