Follow
Home » Science » This Tarantula Became a Scientific Celebrity. Was It Poached From the Wild?

This Tarantula Became a Scientific Celebrity. Was It Poached From the Wild?

In February, the Journal of the British Tarantula Society published a paper describing a new species of tarantula, which was discovered in a national park in Sarawak, Malaysia. While the male of the species was an unremarkable brown, the female had eye-catching, electric blue legs.

New spiders are discovered all the time, and the paper likely would have gone largely unnoticed — were it not for an article in Science magazine that appeared soon afterward.

The article claimed that the tarantula researchers had received their specimens secondhand from private collectors in Poland and Britain, who had poached them in Malaysia.

Neither Ray Gabriel nor Danniella Sherwood, the authors of the study, responded to email requests for comment. But Peter Kirk, chairman of the British Tarantula Society and editor of the society’s journal, said the collectors had shown the scientists an import permit from Poland, and they “had no reason to think due process wasn’t followed.”

“The paper absolutely will not be retracted, because it’s a completely legitimate published paper,” he said.

The incident has reignited a decades-old debate among scientists and hobbyists alike about research ethics, specimen collection and “biopiracy” — the use of natural resources without obtaining permission from local communities or sharing any benefits with them.

“The majority of responses I’ve seen are people saying, ‘Yes, we need to stop this,’ but there’s also been a fair amount of people basically trying to justify the poaching and smuggling of these tarantulas,” said Ernest Cooper, a conservation consultant in British Columbia.

“It’s this very strange, slightly colonial attitude of, ‘We know better than developing countries, so their laws don’t matter.’”

Illegal wildlife trade is dominated by headlines about criminal cartels trafficking in ivory, rhino horn and pangolin scales. But scientists can also be complicit in illegal trade by poaching specimens themselves or by working with those who do.

This type of wildlife crime occurs on a much smaller scale, but experts in a variety of fields believe it is a significant issue.

“It’s a problem globally, and it happens a lot,” said Sérgio Henriques, chairman of the spider and scorpion group at the International Union for Conservation of Nature. “I know for a fact that researchers linked to academia have purchased or collected specimens in a nonlegal way.”

For Mr. Henriques and others, this sort of collection raises deep ethical concerns. “We’re the scientists, the ones who are supposed to know better and who should be leading by example,” he said. “If we can’t follow the rules, why are we demanding that others do?”

The problem is likely to intensify, some conservationists believe. “Scientists do collect illegally, and normally this is not a huge problem, because scientists who study cacti, for example, are a small community,” said Pablo Guerrero, a botanist at the University of Concepción in Chile.

Other experts argue that scientific misconduct of this sort barely registers among the tremendous threats facing wildlife today.

“The fact is that people make a big thing out of this tarantula or whatever else it is instead of making a case out of the need to protect where this animal lives, which no one does,” said Heiko Bleher, an independent freshwater fish expert who has researched and collected specimens in 218 countries.

No one knows how prevalent illegal collecting and use of poached specimens is among scientists, not only because of the covert nature of this trade, but also because it can be difficult to define who counts as a scientist and what counts as breaking the law.

Expert-level hobbyists often publish in the scientific literature, for example. But because they are not employed by a university or research institute, they are not subject to strict codes of conduct and may be more prone to cut corners, Mr. Cooper said.

In their paper, Mr. Gabriel and Ms. Sherwood said they were affiliated with the Oxford University Museum of Natural History. But Paul Smith, director of the museum, said that neither are employees: Mr. Gabriel is an honorary associate, and Ms. Sherwood was a volunteer.

“The research was carried out independently and is not connected with the museum in any way,” Dr. Smith said. The paper would have failed to pass the museum’s ethics review, which requires authors to provide proof of legality of their specimens, he added.

The ethics surrounding scientific acquisitions can be hazy. Still, some cases are clearly criminal.

In 2005, for example, a curator of the Charles University Botanical Garden in Prague was convicted in South Africa of collecting over 3,000 protected plants, cuttings and seeds in the Western Cape, according to case records.

In 1999 Earl Thomas Schultz, the former curator of herpetology at the San Diego Zoo, pleaded guilty to fraud and theft after being caught trafficking in imperiled reptiles.

“Sometimes it seemed like I specialized in targeting scientists who felt they were above the wildlife conservation laws,” said Ken McCloud, a retired Fish and Wildlife Service special agent who investigated the latter case.

In other instances, though, “there are extensive gray areas, and it’s as much a matter of ethics as it is of legality,” said Peter Paul van Dijk, a conservation biologist at Global Wildlife Conservation, a nonprofit group in Austin, Tex.

For example, many museum specimens — especially ones collected decades ago — have murky origins. “There’s still an idea that the ends justify the means in terms of describing some of these specimens,” said Lisa Buckley, a paleontologist at the Peace Region Paleontology Research Center in British Columbia. “That’s an attitude that really needs to die a flaming death.”

Other scientists have no such compunction. “We all have different ethical standards, and mine are rock bottom,” said David Martill, a paleontologist at the University of Portsmouth in Britain.

In 2015, Dr. Martill made headlines after stumbling across a 113 million-year-old Brazilian fossil in a German museum and realizing it constituted the world’s first known four-legged snake.

Shortly after the news broke, Brazilian authorities began an investigation, citing laws enacted in 1942 forbidding the export of all fossils from the country. Dr. Martill stands by his decision to publish.

“This is a really interesting, fascinating fossil, and I think the world should know about it,” he said. But living animals are another matter altogether: “There are organisms that are so rare and threatened that sometimes radical protection measures are needed.”

Those protections differ from country to country, and scientists often get bogged down in confusing bureaucracy and lengthy waits. Some countries go so far as to forbid export entirely, especially of newly discovered species.

“Brazil has imposed regulations that are simply insane,” Mr. Bleher said. “They require you to deposit your materials wherever they tell you, so you have specimens that have been sitting for years in institutions in Brazil and no one is working on them.”

While some researchers simply give up, others travel on tourist visas and undertake collections without a permit. “Most field-working entomologists have some experience with this,” said Petr Svacha, an entomologist at the Academy of Sciences in the Czech Republic. “Believe me, it is frustrating to do useful work while hiding like a criminal.”

In 2008, Dr. Svacha and a friend spent a month in prison in India after being accused of collecting insects without a permit in Singalila National Park. More than 1,200 scientists, including many from India, protested their arrest, arguing that it was a draconian application of the law.

In the end, Dr. Svacha paid a fine and his friend, who was sentenced to three years in prison, fled the country before his appeal.

Wildlife laws are generally designed with vertebrates in mind, but unlike tigers and elephants, most insects are composed of huge populations that will not be affected by even heavy collection, Dr. Svacha said.

“When applied to insects, prohibitive conservation rules designed to protect individual animals become nonsensical and do not help anything,” he said. “Under that circumstance, I will do everything possible to circumvent these rules, and I do not feel guilty.”

Dr. Svacha added that, like most entomologists he knows, he also readily works with specimens that he obtains from hobbyists and commercial sellers. Whether or not these specimens were collected legally is not something he asks about, he said, “because it is absolutely unimportant.”

This is the posture of researchers in other fields as well, who study fossils smuggled out of China or reptiles trafficked out of Indonesia. The ethics of working with such specimens can quickly become blurred.

As Dr. van Dijk put it, “If all you need is a little blood sample and you go to a friendly hobbyist down the road and take a few drops of blood from a captive animal, would you really go through due diligence of making sure that animal was properly collected?”

In the future, Mr. Kirk said, the Journal of the British Tarantula Society will require authors to provide a copy of their permits if their manuscript deals with specimens from another country, as many other publications do.

The society will also prohibit the sale of the new blue tarantula at its annual exhibition, he said. (The species is already being advertised online in Europe and the United States for as much as $450 each.)

Mr. Henriques would like to see the creation of a website managed by a trustworthy global organization, on which each country outlines its legislation and application process for specimen collection and export.

The same site could serve as a repository for previously issued permits, he said, allowing researchers, museums, governments and journals to verify any given permit or specimen.

“I personally think it’s good that the blue tarantula case got the attention that it did, because it ignited interest in this topic,” Mr. Henriques said. “We need to try to keep the conversation going so we can use this as a chance to find solutions.” 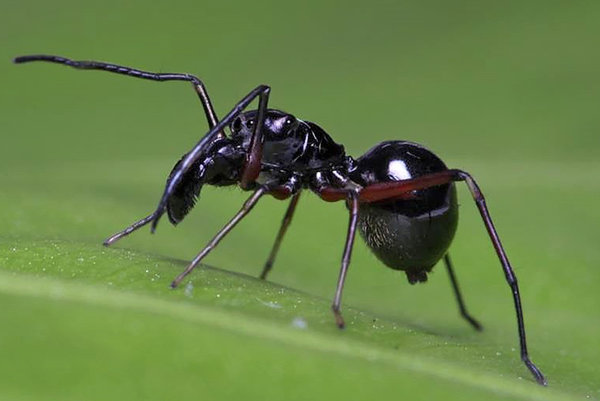 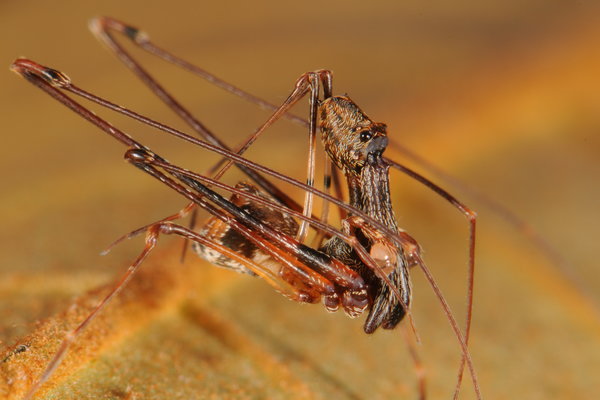 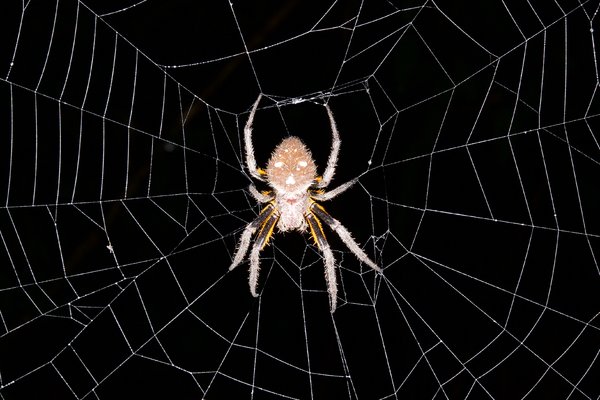 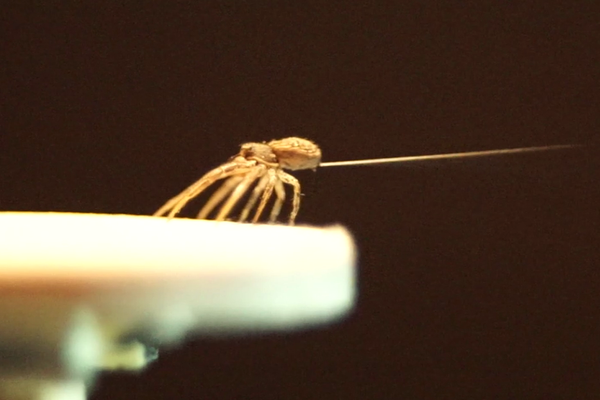 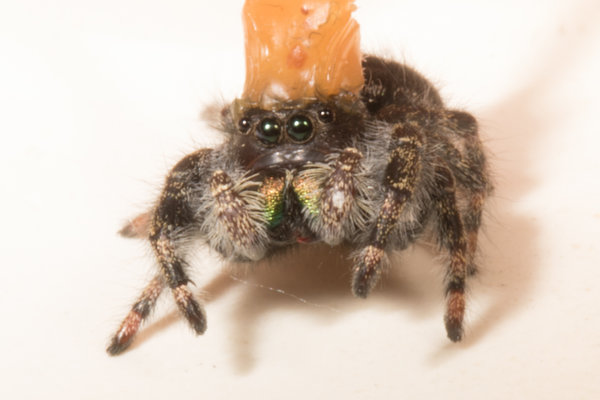